Harold John Tennant PC (18 November 1865 – 9 November 1935), often known as Jack Tennant, was a Scottish Liberal politician. He served as Secretary for Scotland under his brother-in-law H. H. Asquith between July and December 1916.

Born at The Glen, Innerleithen, Peeblesshire, [1] Tennant was a younger son of Sir Charles Tennant, 1st Baronet, by his first wife Emma, daughter of Richard Winsloe. He was the brother of Edward Tennant, 1st Baron Glenconner and Margot Asquith (and hence the brother-in-law of H. H. Asquith) and the half-brother of Baroness Elliot of Harwood. [2] He was educated at Eton and at Trinity College, Cambridge. [3]

Tennant was Assistant Private Secretary to his brother-in-law H. H. Asquith while the latter was Home Secretary between 1892 and 1895. [4] In 1894 he was elected Member of Parliament for Berwickshire. [5] Asquith became Prime Minister in 1908 and in January 1909 he appointed Tennant Parliamentary Secretary to the Board of Trade. Tennant remained in this office until 1911, and then served under Asquith as Financial Secretary to the War Office from 1911 to 1912 and as Under-Secretary of State for War from 1912 to 1916. In 1914 he was sworn of the Privy Council. [6] He entered the cabinet as Secretary for Scotland under Asquith in July 1916, [7] a post he held until Asquith was ousted as Prime Minister in December 1916. Tennant did not serve under David Lloyd George.

At the 1918 general election, the Berwickshire constituency was abolished, and Tennant contested the new Berwickshire and Haddingtonshire constituency. He faced two opponents: R. W. Foulis of the Labour Party, and the 1911–1918 Haddingtonshire MP John Deans Hope. With two incumbent Liberal MPs contesting one seat, Hope's receipt of the coalition coupon secured his victory, with 54% of the votes. Tennant came a poor third, with only 16% of the votes. [8]

He also unsuccessfully contested Glasgow Central in 1923 [9] but never returned to the House of Commons.

He married factory inspector May Abraham in 1896. Tennant bought Great Maytham Hall, Rolvenden, Kent in 1910. He commissioned Edwin Lutyens to rebuild the hall at a cost of £24,000. [13] As leader of the war memorial committee, he also engaged Lutyens to design the Rolvenden War Memorial, erected in 1922. [14]

Sir Donald Maclean was a British Liberal Party politician in the United Kingdom. He was Leader of the Opposition between 1918 and 1920 and served in Ramsay MacDonald's National Government as President of the Board of Education from 1931 until his death in June that following year. 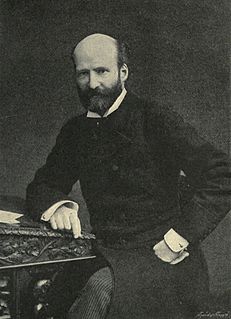 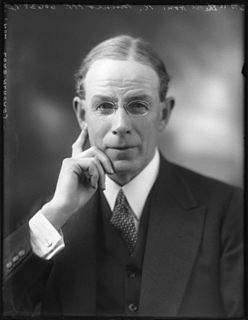 Robert Munro, 1st Baron Alness,, was a Scottish lawyer, judge and Liberal politician. He served as Secretary for Scotland between 1916 and 1922 in David Lloyd George's coalition government and as Lord Justice Clerk between 1922 and 1933. 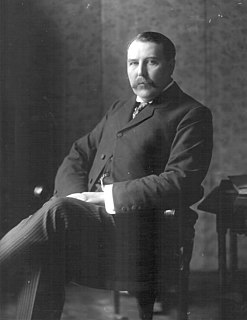 Thomas McKinnon Wood PC was a British Liberal politician. Regarded as a liberal with "sound Progressive credentials," he served as a member of H. H. Asquith's cabinet as Secretary for Scotland between 1912 and 1916 and as Financial Secretary to the Treasury and Chancellor of the Duchy of Lancaster between July and December 1916. He was also involved in London politics and served as Chairman of the London County Council between 1898 and 1899. 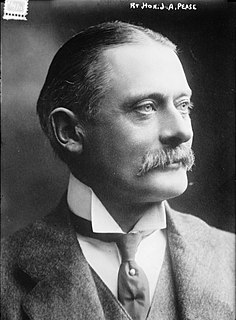 Alexander William Charles Oliphant Murray, 1st Baron Murray of Elibank PC, called The Master of Elibank between 1871 and 1912, was a Scottish nobleman and Liberal politician. He served as Parliamentary Secretary to the Treasury under H. H. Asquith between 1910 and 1912, when he was forced to resign after being implicated in the Marconi scandal.

Edward Priaulx Tennant, 1st Baron Glenconner, known as Sir Edward Tennant, 2nd Baronet, from 1906 to 1911, was a Scottish Liberal politician. In 1911 he was raised to the peerage as Baron Glenconner. 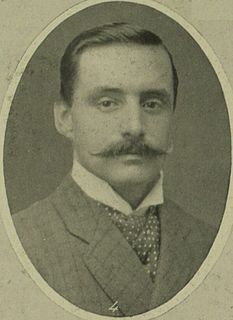 Sir Charles Edward Henry Hobhouse, 4th Baronet, TD, PC, JP was a British Liberal politician and officer in the Territorial Force. He was a member of the Liberal cabinet of H. H. Asquith between 1911 and 1915. 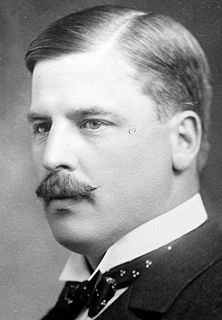 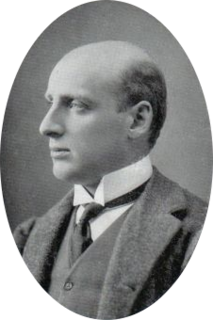 Geoffrey William Algernon Howard JP was a British Liberal politician. He served as Vice-Chamberlain of the Household under H. H. Asquith between 1911 and 1915.

Edward Strachey, 1st Baron Strachie, PC, known as Sir Edward Strachey, Bt, between 1901 and 1911, was a British Liberal politician. He was a member of the Liberal administrations of Sir Henry Campbell-Bannerman and H. H. Asquith between 1905 and 1915.

Harold Trevor Baker was a British scholar and Liberal politician.

Colonel Sir George McCrae was a Scottish textile merchant and Liberal Party politician. In Scotland he is best remembered for the creation of McCrae's Battalion, also known as the Second Edinburgh Pals Battalion and (officially) the 16th Battalion Royal Scots.