Harriet Shaw Weaver (1 September 1876 – 14 October 1961) was an English political activist and a magazine editor. She was a significant patron of Irish writer James Joyce.

Harriet Shaw Weaver was born in Frodsham, Cheshire, the sixth of eight children of Frederic Poynton Weaver, a doctor, and Mary (née Wright) Weaver, a wealthy heiress. She was educated privately by a governess, Miss Marion Spooner, until 1894, initially in Cheshire and later in Hampstead. Her parents denied her wish to go to university. She decided to become a social worker. After attending a course on the economic basis of social relations at the London School of Economics she became involved in women's suffrage and joined the Women's Social and Political Union. [1] [2]

In 1911 she began subscribing to The Freewoman: A Weekly Feminist Review , a radical periodical edited by Dora Marsden and Mary Gawthorpe. The following year its proprietors withdrew their support from it and Weaver stepped in to save it from financial ruin. In 1913 it was renamed The New Freewoman . Later that year at the suggestion of the magazine's literary editor, Ezra Pound, the name was changed again to The Egoist . During the following years Weaver made more financial donations to the periodical, becoming more involved with its organisation and also becoming its editor. [1]

Ezra Pound was involved with finding new contributors and one of these was James Joyce. Weaver was convinced of his genius and started to support him, first by serialising A Portrait of the Artist as a Young Man in The Egoist in 1914. When Joyce could not find anyone to publish it as a book, Weaver set up the Egoist Press for this purpose at her own expense. Joyce's Ulysses was then serialised in The Egoist but because of its controversial content it was rejected by all the printers approached by Weaver and she arranged for it to be printed abroad. Weaver continued to give considerable support to Joyce and his family (approaching a million pounds in 2019 money [3] ), but following her reservations about his work that was to become Finnegans Wake , their relationship became strained and then virtually broken. However, on Joyce's death, Weaver paid for his funeral and acted as his executor. [2]

In 1931 Weaver joined the Labour Party but then, having been influenced by reading Marx's Das Kapital she joined the Communist Party in 1938. She was active in this organisation, taking part in demonstrations and selling copies of the Daily Worker . She also continued her allegiance to the memory of Joyce, acting as his literary executor and helping to compile The Letters of James Joyce. She died at her home near Saffron Walden in 1961, aged 85, leaving her collection of literary material to the British Library and to the National Book League. [2] 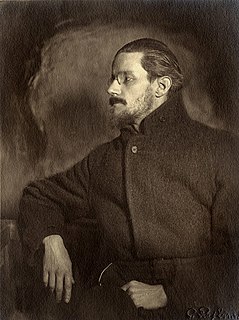 James Augustine Aloysius Joyce was an Irish novelist, short story writer, poet, teacher, and literary critic. He contributed to the modernist avant-garde movement and is regarded as one of the most influential and important writers of the 20th century. Joyce is best known for Ulysses (1922), a landmark work in which the episodes of Homer's Odyssey are paralleled in a variety of literary styles, most famously stream of consciousness. Other well-known works are the short-story collection Dubliners (1914), and the novels A Portrait of the Artist as a Young Man (1916) and Finnegans Wake (1939). His other writings include three books of poetry, a play, his published letters and occasional journalism.

Ezra Weston Loomis Pound was an expatriate American poet and critic, a major figure in the early modernist poetry movement, and a fascist collaborator in Italy during World War II. His works include Ripostes (1912), Hugh Selwyn Mauberley (1920), and his 800-page epic poem, The Cantos (c. 1917–1962). 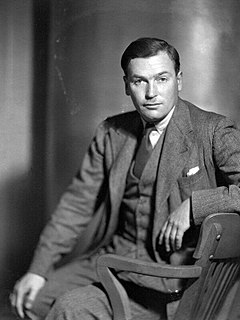 Richard Aldington, born Edward Godfree Aldington, was an English writer and poet, and an early associate of the Imagist movement. He was married to the poet Hilda Doolittle (H.D.) from 1911 to 1938.

Ulysses is a modernist novel by Irish writer James Joyce. It was first serialized in parts in the American journal The Little Review from March 1918 to December 1920 and then published in its entirety in Paris by Sylvia Beach on 2 February 1922, Joyce's 40th birthday. It is considered one of the most important works of modernist literature and has been called "a demonstration and summation of the entire movement." According to Declan Kiberd, "Before Joyce, no writer of fiction had so foregrounded the process of thinking".

Finnegans Wake is a book by Irish writer James Joyce. It has been called "a work of fiction which combines a body of fables ... with the work of analysis and deconstruction". It is significant for its experimental style and reputation as one of the most difficult works in the Western canon. Written in Paris over a period of seventeen years and published in 1939, Finnegans Wake was Joyce's final work. The entire book is written in a largely idiosyncratic language, which blends standard English lexical items and neologistic multilingual puns and portmanteau words to unique effect. Many critics believe the technique was Joyce's attempt to recreate the experience of sleep and dreams. Owing to the work's linguistic experiments, stream of consciousness writing style, literary allusions, free dream associations, and abandonment of narrative conventions, Finnegans Wake remains largely unread by the general public. 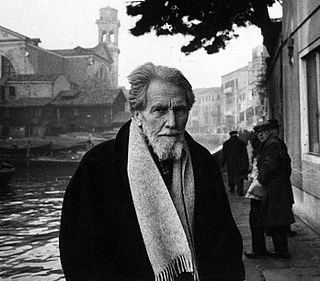 Imagism was a movement in early-20th-century Anglo-American poetry that favored precision of imagery and clear, sharp language. It has been described as the most influential movement in English poetry since the Pre-Raphaelites. As a poetic style it gave modernism its start in the early 20th century, and is considered to be the first organized modernist literary movement in the English language. Imagism is sometimes viewed as "a succession of creative moments" rather than a continuous or sustained period of development. René Taupin remarked that "it is more accurate to consider Imagism not as a doctrine, nor even as a poetic school, but as the association of a few poets who were for a certain time in agreement on a small number of important principles". 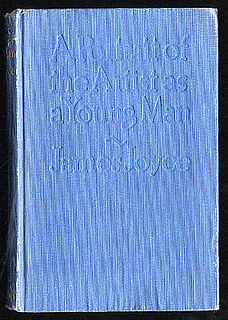 A Portrait of the Artist as a Young Man is the first novel of Irish writer James Joyce. A Künstlerroman written in a modernist style, it traces the religious and intellectual awakening of young Stephen Dedalus, Joyce's fictional alter ego, whose surname alludes to Daedalus, Greek mythology's consummate craftsman. Stephen questions and rebels against the Catholic and Irish conventions under which he has grown, culminating in his self-exile from Ireland to Europe. The work uses techniques that Joyce developed more fully in Ulysses (1922) and Finnegans Wake (1939).

William Hugh Kenner was a Canadian literary scholar, critic and professor. He published widely on Modernist literature with particular emphasis on James Joyce, Ezra Pound, and Samuel Beckett. His major study of the period, The Pound Era, argued for Pound as the central figure of Modernism, and is considered one of the most important works on the topic. 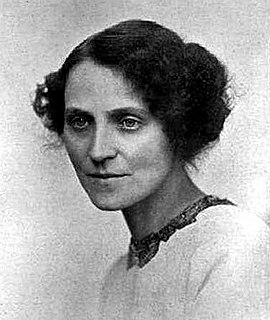 Dora Marsden was an English suffragette, editor of literary journals, and philosopher of language. Beginning her career as an activist in the Women's Social and Political Union, Marsden eventually broke off from the suffragist organization in order to found a journal that would provide a space for more radical voices in the movement. Her prime importance lies with her contributions to the suffrage movement, her criticism of the Pankhursts' WSPU, and her radical feminism, via The Freewoman. There are those who also claim she has relevance to the emergence of literary modernism, while others value her contribution to the understanding of Egoism. 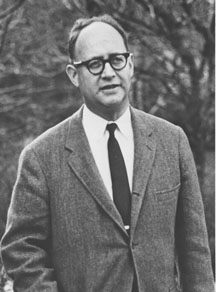 Richard David Ellmann, FBA was an American literary critic and biographer of the Irish writers James Joyce, Oscar Wilde, and William Butler Yeats. He won the U.S. National Book Award for Nonfiction for James Joyce (1959), which is one of the most acclaimed literary biographies of the 20th century. Its 1982 revised edition was similarly recognised with the award of the James Tait Black Memorial Prize. Ellmann was a liberal humanist, and his academic work focused on the major modernist writers of the twentieth century. 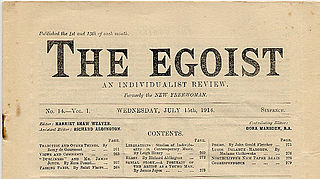 The Egoist was a London literary magazine published from 1914 to 1919, during which time it published important early modernist poetry and fiction. In its manifesto, it claimed to "recognise no taboos", and published a number of controversial works, such as parts of Ulysses. Today, it is considered "England's most important Modernist periodical."

Lucia Anna Joyce was a professional dancer and the daughter of Irish writer James Joyce and Nora Barnacle. Once treated by Swiss psychoanalyst Carl Jung, Joyce was diagnosed as schizophrenic in the mid-1930s and institutionalized at the Burghölzli psychiatric clinic in Zurich. In 1951, she was transferred to St Andrew's Hospital in Northampton, where she remained until her death in 1982.

The New Freewoman was a monthly London literary magazine edited by Dora Marsden and owned by Harriet Shaw Weaver. Initially, Rebecca West was in charge of the literary content of the magazine, but after meeting Ezra Pound at one of Violet Hunt's parties in 1913 she recommended that he be appointed literary editor. The magazine existed between June 1913 and December 1913.

Ira Bruce Nadel is an American-Canadian biographer, literary critic and James Joyce scholar, and a distinguished professor at the University of British Columbia. He has written books on the twentieth-century Modernists, especially Ezra Pound and Joyce, biographies of Leonard Cohen and Leon Uris, and on Jewish-American authors. He has won Canadian literary awards, and has edited and written the introduction to a number of scholarly books and period pieces. He is a critic of the Olympic torch relay as a legacy of the Nazis.

The Ballad of Persse O'Reilly is a song in book one of James Joyce's novel Finnegans Wake, where the protagonist H.C.E. has been brought low by a rumour which begins to spread across Dublin, apparently concerning a sexual trespass involving two girls in Phoenix Park; however details of HCE's transgression change with each retelling of events. Most of chapters 1.2 through 1.4 follow the progress of this rumour, starting with HCE's encounter with "a cad with a pipe." The cad asks the time, but HCE misunderstands it as either an accusation or a proposition, and incriminates himself by denying rumours the cad has not yet heard.

The Transatlantic Review was an influential monthly literary magazine edited by Ford Madox Ford in 1924. The magazine was based in Paris but was published in London by Gerald Duckworth and Company.

Adaline Erlbacher Glasheen was a Joyce scholar who specialised in the study of Finnegans Wake.

Harriet Zinnes was an American poet, fiction writer, translator, art critic, literary scholar and professor. She is associated with poets such as Karl Shapiro, Delmore Schwartz, and Allen Ginsberg, and the writer Anaïs Nin.