Savides has also been the cinematographer on a number of well-known music videos directed by Mark Romanek including Michael Jackson's Scream , Madonna's Rain and Bedtime Story , Fiona Apple's Criminal , and Nine Inch Nails' Closer. He has also served as cinematographer on the music videos for The Rolling Stones' "Like A Rolling Stone" (directed by Michel Gondry), Chris Isaak's Blue Spanish Sky (directed by Bruce Weber) and R.E.M.'s Everybody Hurts (directed by Jake Scott, son of Ridley Scott). Savides is the only person to date that has won three MTV Video Music Awards for Best Cinematography in a Music Video (for Madonna's "Rain", Fiona Apple's "Criminal" and R.E.M.'s "Everybody Hurts") and the only person to win two in a row (for "Rain" by Madonna and "Everybody Hurts" by R.E.M.) [3] Savides also was the cinematographer for the Tom Waits music video, "Goin' Out West" (directed by Jesse Dylan). [4]

Savides has also collaborated as a director of photography with director John Hillcoat ( Lawless , The Proposition , The Road ) in a series of Levi's commercials for their "To Work" advertising campaign. [7]

Savides first solo job as a cinematographer was on the thriller starring Alec Baldwin, Heaven's Prisoners (1996) directed by Phil Joanou. [8] Before that film, he served as a cinematographer on a TV short film entitled The Investigator (1994) directed by Matthew Tabak and a TV movie Lake Consequence (1993) directed by Rafael Eisenman. [9] One of his earliest jobs was being the director of photography on a workout video from Cindy Crawford. [10]

Savides was the cinematographer for a total of six films directed by Gus Van Sant: Gerry , Elephant , Last Days , Milk , Finding Forrester , and Restless . Savides also shot two films for David Fincher: The Game and the mostly digital Zodiac , and the footage that was used in the opening title sequence of Fincher's Seven . [11] With Noah Baumbach Savides was director of photography on Greenberg and Margot at the Wedding , and under Martin Scorsese, the short film The Key to Reserva and with Wong Kar Wai, "The Follow," another short film. He was also the director of photography for Ridley Scott's American Gangster and Woody Allen's Whatever Works . He was additionally the director of photography on a film directed by John Turturro, Illuminata .

Savides was also the cinematographer on two films directed by Sofia Coppola, The Bling Ring and Somewhere , a departure from Coppola's regular DP Lance Acord. For the visual style of Somewhere , she discussed Bruce Weber's Hollywood portraits and Helmut Newton's of models at the Chateau Marmont, and Jeanne Dielman, 23 quai du Commerce, 1080 Bruxelles (1975), the film by Chantal Akerman about the routine of a Belgian housewife, with Savides. Savides said, "The main thing was to tell the story really simply and let it play out in long beats and have the audience discover the moment." [12] Coppola used the lenses that her father had filmed Rumble Fish (1983) with in an effort to give the film a more period look, although it is set in the present. [13] The Bling Ring was Savides' last film.

Besides his frequent collaborations with Gus Van Sant, David Fincher, Noah Baumbach and Sofia Coppola, Savides was known for the very delicate images that he created for The Yards (directed by James Gray) and Birth (directed by Jonathan Glazer). In both instances he underexposed the filmstock by several stops in order to break up the colors and give the blacks a purplish and brownish tint. This non-conventional approach lead to a look that resembles the paintings of Georges de La Tour and Caravaggio. [14]

Savides was born in New York City, New York, to parents of Greek Cypriot origin, Eleni, a clerical worker, and Savas Savides, a short-order cook. [1] [15] He graduated with a degree in photography and film from the School of Visual Arts in New York City. [16] [17]

Savides lived in Manhattan with his wife Medine, and daughter Sophie. He died from brain cancer, at age 55. [1] 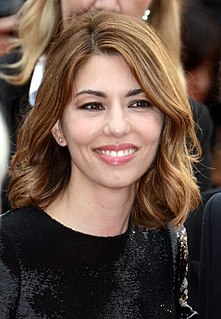 Sofia Carmina Coppola is an American screenwriter, director, producer, and actress. The daughter of filmmakers Eleanor and Francis Ford Coppola, she made her film debut as an infant in her father's acclaimed crime drama film, The Godfather (1972). Coppola later appeared in a supporting role in Peggy Sue Got Married (1986) and portrayed Mary Corleone, the daughter of Michael Corleone, in The Godfather Part III (1990). Her performance in the latter film was severely criticized, and she turned her attention to filmmaking. 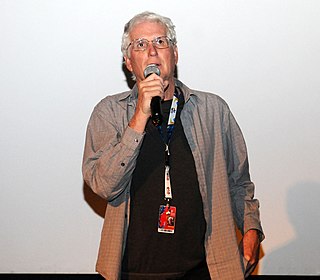 Robert David Yeoman, ASC is an American cinematographer, best known for his collaborations with directors Wes Anderson and Paul Feig. He was nominated for an Academy Award and a BAFTA Award for The Grand Budapest Hotel (2014), and has won numerous other awards including an Independent Spirit Award.

S. Ravi Varman is an Indian cinematographer, filmmaker, producer and writer. He has predominantly worked in films of Indian languages such as Tamil, Malayalam and Hindi. Known for his realistic and poetic framing sense, Ravi Varman began his career in Malayalam films. He has directed a romantic film in Tamil titled Moscowin Kavery and also filmed the music video for the song "Bird Flu" by British Tamil songwriter M.I.A.. 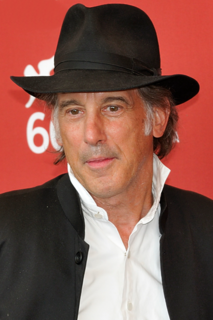 Edward Lachman is an American cinematographer and director. Lachman is mostly associated with the American independent film movement, and has served as director of photography on films by Todd Haynes, Ulrich Seidl, Wim Wenders, Steven Soderbergh and Paul Schrader. His other work includes Werner Herzog's La Soufrière (1977), Desperately Seeking Susan (1985), Sofia Coppola's directorial debut, The Virgin Suicides (1999), Robert Altman's last picture A Prairie Home Companion (2006), and Todd Solondz's Life During Wartime (2009). He is a member of the American Society of Cinematographers.

Claudio Miranda, ASC is a Chilean cinematographer best known as the Academy Award-winning director of photography on Ang Lee's film Life of Pi and as the director of photography on David Fincher's film The Curious Case of Benjamin Button, the first entirely digitally filmed movie nominated for an Academy Award for Best Cinematography and an American Society of Cinematographers Award. He is also known for his collaborations with American director Joseph Kosinski. He is the second Chilean person to win an Academy Award. 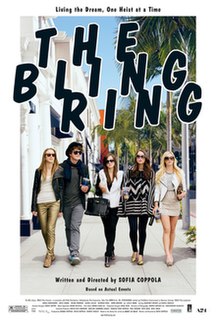 The Bling Ring is a 2013 satirical crime film written and directed by Sofia Coppola. It features an ensemble cast, led by Katie Chang, Israel Broussard, Emma Watson, Taissa Farmiga, and Claire Julien. It is based on the 2010 Vanity Fair article "The Suspects Wore Louboutins" by Nancy Jo Sales, which dealt with a real-life gang known as the Bling Ring. The story follows a group of fame-obsessed teenagers who use the internet to track celebrities' whereabouts in order to burgle their homes.

Dan Macarthur is an Australian film director and director of photography and founder of 18° Entertainment. 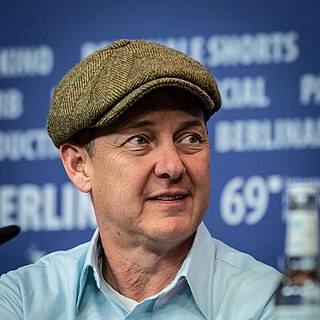 Christopher Blauvelt is an American cinematographer, and a third generation film craftsman. Blauvelt started his career in the camera and electrical department under cinematographers Harris Savides, Christopher Doyle and Lance Acord. He continued to work with cinematographer and mentor Harris Savides until his sudden death from brain cancer. Chris's continued work with Kelly Reichardt has garnered him an ICP Nomination in 2010 for his masterful work on Meek's Cutoff and best cinematography at the Valladolid International Film Festival for Night Moves. Chris' current film with Kelly Reichardt will debut in Fall of 2016. Chris shot Jeff Preiss directorial debut Low Down for producers Albert Berger and Ron Yerxa, which won the Dramatic Cinematography award at the 2014 Sundance Film Festival.

Autumn Cheyenne Durald is an American cinematographer. She was the cinematographer for Gia Coppola's feature film debut Palo Alto, as well as numerous music videos and commercials.

Adekunle “Nodash” Adejuyigbe, is a Nigerian Film Maker, and Producer; He has served as a producer and executive producer for several documentaries and commercials for international organisations and is considered one of the most outstanding directors and one of the most sought after cinematographers of the New Nigerian Cinema.

Dev Agarwal is an Indian cinematographer and director. He is best known for his work in the films like CityLights and Bollywood Diaries. Dev directed the documentary film Moved by Love which was screened at Cannes court metrege in 2015. He was nominated for his work in the International feature film Invasion 1897 at BON awards for best cinematography. Dev shot advertising campaign for Manforce Condoms "Shut The Phone Up 3" which won two golds in the ‘Best use of Social media for CSR’ and ‘Best use of video for CSR’ categories at Foxglove advertising awards.

The Thomson Viper FilmStream Camera is a digital movie camera produced by Thomson Multimedia that was first introduced in the early 2000s, during the rise in popularity of digital cinematography in feature films. The subsequent developments in HD, UHD, and HDR cameras were influenced by the Viper and its contemporaries.

Erik Messerschmidt, ASC, is an American cinematographer. He is best known for his collaborations with director David Fincher on the films Mank and Gone Girl, and on the Netflix series Mindhunter. He has also shot episodes of the TV series Fargo, Legion, and Raised by Wolves.