Harry was born in Battle, Indiana; [2] one of nine children of Gabriel and Mary Poindexter. [4] He attended the schools of Jeffersonville and graduated and held an interest in politics. He married Anna King of Jackson County. By 1894 he became the only Republican elected to be a member of the Clark County legislature. [4] However, after his term ended around 1896, he moved to Marion County, and in 1901 became a clerk to Broad Ripple, Indiana. In 1903, he returned to Jeffersonville, where he worked in a canning shop. [4] Three years later he would be appointed to City Court Judge by Governor Frank Hanly. He would serve that office for four years and attend law at a school in Louisville, Kentucky in which he would graduate in 1909 in which after serving as judge he would continue a general practice. In 1910 he would become a candidate for the United States House of Representatives from Indiana's 3rd district, but wasn't elected losing to William E. Cox. [5] The years following the election he would become the superintendent for Jeffersonville's Government Depot now better known as the Jeffersonville Quartermaster Intermediate Depot. [6] In 1926 he became mayor of Jeffersonville and serve until 1929. [7] Harry Poindexter was also a local preacher at the Wall Street Church. 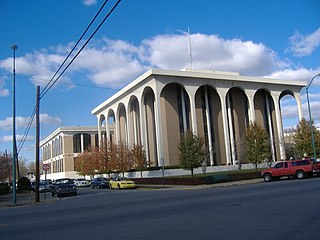 David Lawrence Armstrong was an American politician. He served as the mayor of Louisville, Kentucky from 1999 to 2003. He was the city's last mayor before its merger with Jefferson County to form Louisville Metro.

Wilson Watkins Wyatt was an American politician who served as Mayor of Louisville, Kentucky from 1941 to 1945 and as the 43rd Lieutenant Governor of Kentucky from 1959 to 1963. He was a member of the Democratic Party.

Charles Franklin Ogden was a U.S. Representative from Kentucky. 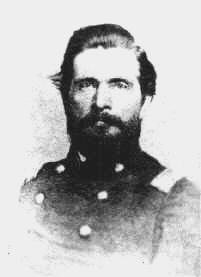 Cyrus Livingston Dunham was an attorney, soldier, and prominent Indiana politician, serving most notably as a U.S. Representative from Indiana from 1849 to 1855.

Greg Fischer is an American businessman, entrepreneur and 50th mayor of Louisville, Kentucky. In 2019, he was elected vice president of the U.S. Conference of Mayors and will serve as president of USCM in 2020.

Henry Stites Barker was the second president of the University of Kentucky from 1911 to 1917.