Harry Percy South (7 September 1929 – 12 March 1990) was an English jazz pianist, composer, and arranger, who moved into work for film and television.

After returning from a 9-month tour of Calcutta, India, with the Ashley Kozak Quartet, he spent four years with the Dick Morrissey Quartet, [1] where he both wrote and arranged material for their subsequent four albums.

In the mid-1960s, he began working with British rhythm & blues singer and organist Georgie Fame, [1] recording the album Sound Venture . At that time he was also composing and arranging for Humphrey Lyttelton, Buddy Rich, Sarah Vaughan, and Jimmy Witherspoon. He worked as musical director for Annie Ross. [4]

He branched out into session work, writing themes for television and music libraries, including the themes for The Sweeney , The Chinese Detective , the BBC comedy series Give Us a Break starring Robert Lindsay and Paul McGann, and the 1984 TV miniseries Charlie starring David Warner. He wrote the scores for the Pete Walker films The Big Switch (1968), School for Sex (1969), and Four Dimensions of Greta (1972).

He is credited with the arrangements used for Emerson, Lake & Palmer's Works Vol. 1 (1977). In 1981, he again arranged for Annie Ross and Georgie Fame in a collaboration on what was to be Hoagy Carmichael's last recording, In Hoagland.

He died on 12 March 1990 in Lambeth, London, at the age of 60. In 2001, the National Youth Jazz Orchestra released an album in his honour entitled Portraits: The Music of Harry South. In 2017 Rhythm and Blues Records released a four CD set titled Harry South: The Songbook, with over sixty of his compositions played by various groups, some of which he played in. Included are early tracks with Tubby Hayes and nearly 40 sides by The Harry South Big Band, dating from 1960 to 1975. [5] A further 4 CD set (taken from tapes of BBC broadcasts in the 1960s) followed two years later. [6] 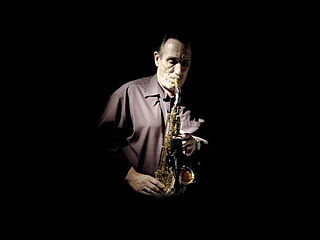 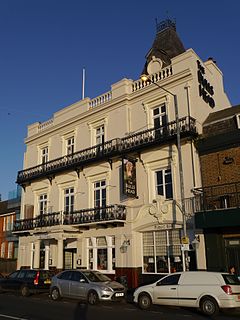 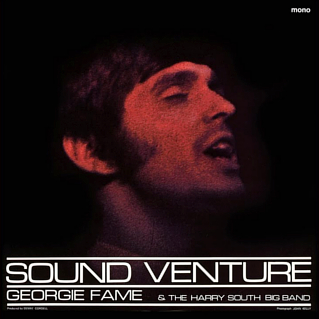 In Hoagland is an album by Georgie Fame, Annie Ross and Hoagy Carmichael, featuring a band of leading UK jazz musicians and arrangements by Harry South. Originally released under the title In Hoagland '81, it was recorded in London and released in June 1981, just a few months before Carmichael died in December of that year.

James Anthony Richardson is an English jazz and rock bassist and session musician. He was a member of the progressive rock band If. 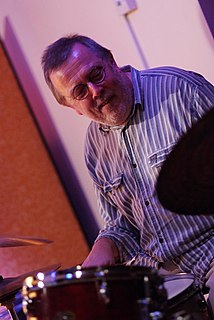