Hasan "Ataç" [n 1] Fehmi (1879 – 16 September 1961) was a Turkish politician and a member of both the Grand National Assembly of the Republic of Turkey (the Turkish Parliament) and the earlier Chamber of Deputies of the Ottoman Empire (the lower house of the Ottoman Parliament). As a member of both parliaments, Hasan Fehmi was a deputy representing Gümüşhane, the place of his birth.

After his career in the Grand National Assembly, Hasan Fehmi was appointed by Mustafa Kemal Atatürk to be the Minister of Agriculture and Minister of Finance. Later in life, he was awarded the Medal of Independence with Red-Green Ribbon for his services to the Republic of Turkey. [1]

Hasan Fehmi was born in Gümüşhane in 1879 and was the son of Kadirbeyzade Mehmet Salim Beyin. [2] Fehmi went on to receive his local education at the Rüştiye school located in the Süleymaniye district of Gümüşhane. In his later life, however, Fehmi did not have an opportunity to attain higher education. [3] Soon thereafter, Fehmi became a politician and a member of the Chamber of Deputies of the Ottoman Empire from Gümüşhane in its second and third sessions during the disintegrating Empire's Second Constitutional Era, and after the fall of the Ottoman Empire, became a deputy in the newly established Republic of Turkey. He served as deputy of Gümüşhane in the first period of the convening of the Grand National Assembly until the eighth period. On 17 October 1920, during his career as a deputy, Fehmi provided important testimony concerning the Armenian deportations during a secret conference in the national assembly:

"As you know the [Armenian] deportations were an event that triggered a worldwide outcry and caused us to be regarded as murderers. Before embarking upon it we knew that the Christian world would not indulge us and would direct its full wrath and deep-seated enmity against us on account of it. Why have we then [opted for] appending to ourselves the label of murderers (Neden katillik unvanini nefsimize izafe ettik)? Why have we involved ourselves in such a grave and difficult conflict? We acted thusly simply to ensure the future of our country that we consider to be dearer and more sacred to us than our own lives." [4] [5] [6]

"Not a single Muslim's good were liquidated, you can establish these facts by examining the old records of the secret deliberations. The Parliament at that time secretly secured reassurances from the Finance Minister that the law would not apply to Muslims who had fled as a result of war. Only after registering this assurance did we proclaim to the world that law. Presently, we are repeating that procedure." [7]

Amid protests that he was uneducated, Fehmi was appointed by Atatürk as the Finance Minister on 24 April 1922 and served until 2 January 1925. [4] During his career as a Finance Minister, Fehmi managed to provide needed provisions of the Turkish army after Turkish War of Independence. After serving as Finance Minister for three years, Fehmi became the Minister of Agriculture between 22 November 1924 and 3 March 1925. [3]

Fehmi was married and had one child. [8]

He was also awarded the Medal of Independence with Red-Green Ribbon. [1]

The Turkish War of Independence was a series of military campaigns waged by the Turkish National Movement after parts of the Ottoman Empire were occupied and partitioned following its defeat in World War I. The campaigns were directed against Greece in the west, Armenia in the east, France in the south, royalists and separatists in various cities, and Britain and Italy in Constantinople. Simultaneously, the Turkish nationalist movement carried out massacres and deportations in order to eliminate native Christian populations—a continuation of the Armenian Genocide and other ethnic cleansing operations during World War I. These campaigns resulted in the creation of the Republic of Turkey. 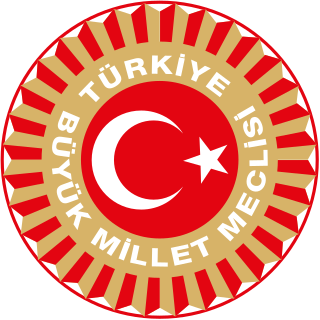 The Grand National Assembly of Turkey, usually referred to simply as the TBMM or Parliament, is the unicameral Turkish legislature. It is the sole body given the legislative prerogatives by the Turkish Constitution. It was founded in Ankara on 23 April 1920 in the midst of the National Campaign. This constitution had founded its pre-government known as 1st Executive Ministers Of Turkey in May 1920. The parliament was fundamental in the efforts of Mareşal Mustafa Kemal Atatürk, 1st President of the Republic of Turkey, and his colleagues to found a new state out of the remnants of the Ottoman Empire. 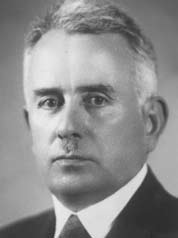 Ahmet Tevfik Pasha, known as Ahmet Tevfik Okday after the Turkish Surname Law of 1934, was an Ottoman statesman of ethnic Crimean Tatar origin. He was the last Grand Vizier of the Ottoman Empire. He held the office three times, the first in 1909 under Abdul Hamid II, and from 1918 to 1919 and from 1920 to 1922 under Mehmed VI during the Allied occupation of Istanbul. In addition to his premiership, Ahmet Tevfik was also a diplomat, a member of the Ottoman Senate, and the Minister of Foreign Affairs.

Mehmet Emin Yurdakul was a Turkish nationalist writer, poet and politician. Being an ideologue of Pan-Turkism, his writings and poems had a major impact on defining the term vatan (Fatherland).

Malta exiles is the term for politicians, high ranking soldiers (mainly), administrators and intellectuals of the Ottoman Empire who were sent into exile on Malta after the armistice of Mudros during the Occupation of İstanbul by the Allied forces. The Malta exiles became inmates in a British prison where various Committee of Union and Progress (CUP) officials were held in the hopes that trials will be held at the Malta Tribunals at a future date.

Turkish courts-martial of 1919–20 were courts-martial of the Ottoman Empire that occurred soon after the Armistice of Mudros, in the aftermath of World War I. The leadership of the Committee of Union and Progress (CUP) and selected former officials were charged with several charges including subversion of the constitution, wartime profiteering, and the massacres of both Armenians and Greeks. The court reached a verdict which sentenced the organizers of the massacres – Talat, Enver, and Cemal – and others to death.

Devlet Bahçeli is a Turkish politician, economist, former Deputy Prime Minister, and chairman of the Nationalist Movement Party (MHP). He has been the leader of the MHP since the death of its founder Alparslan Türkeş in July 1997.

Abdülhalik Renda was a Turkish civil servant and politician.

Berç Türker (1870–1949) was an Ottoman-Turkish bank executive and politician of ethnic Armenian origin.

After World War I, the effort to prosecute Ottoman war criminals was taken up by the Paris Peace Conference (1919) and ultimately included in the Treaty of Sèvres (1920) with the Ottoman Empire. The Ottoman government organized a series of courts martial in 1919–1920 to prosecute war criminals, but these failed on account of political pressure. The main effort by the Allied administration that occupied Constantinople fell short of establishing an international tribunal in Malta to try the so-called Malta exiles, Ottoman war criminals held as POWs by the British forces in Malta. In the end, no tribunals were held in Malta. 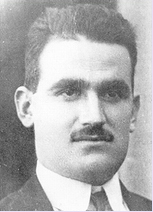 Ziya Hurşit Bey was one of the first Grand National Assembly of Turkey deputies. He was executed in 1926 for attempting to assassinate Mustafa Kemal.

Ali Kemal Bey was a Turkish journalist, newspaper editor, poet, liberal-leaning politician and government official of Circassian origin, who was for some three months Minister of the Interior in the government of Damat Ferid Pasha, the Grand Vizier of the Ottoman Empire. He was murdered by a mob during the Turkish War of Independence.

Mehmet Cavit Bey, Mehmed Cavid Bey or Mehmed Djavid Bey was an Ottoman economist, newspaper editor and leading politician during the dissolution period of the Ottoman Empire. A founding member of the Committee of Union and Progress (CUP), he was part of the Young Turks and had positions in government after the constitution was re-established. In the beginning of the Republican period, he was executed for alleged involvement in an assassination attempt against Mustafa Kemal Atatürk.

Hüseyin Avni Zaimler, also known as Huseyin Avni Bey or Huseyin Avni Pasha, was an officer of the Ottoman Army and a general of the Turkish Army. After the declaration of the Republic of Turkey, he became a politician and served in the Grand National Assembly of Turkey. With Mustafa Kemal Atatürk's order on November 21, 1923, Huseyin Avni received the Medal of Independence with Red-Green Ribbon, the highest decoration at the time, for his service during the Turkish War of Independence. On 24 January 1924, he was promoted to rank Mirliva. He was a descendant of the Ottoman Grand Vizier Lala Mehmed Pasha.

Hüsrev Gerede was a Turkish - Bosnian diplomat and career officer, who served in the Ottoman Army and the Turkish Army.

Ömer Lütfi Yasan was a Turkish officer of the Ottoman Army, and a politician of the Republic of Turkey. He became the Minister of the Public Works in the cabinet of Mustafa Kemal Pasha (Atatürk).

Hafız Mehmet was a Turkish politician and the Minister of Justice for the Republic of Turkey. While serving as a deputy in Trabzon, he was a witness to the Armenian Genocide. His testimony of the event is considered by genocide scholar Vahakn Dadrian as one of the "rarest corroborations of the fact of the complicity of governmental officials in the organization of the mass murder of Armenians". He was sentenced to death after the Izmir trials of 1926, charged with attempting to assassinate Mustafa Kemal Atatürk.

İsmail Kahraman is a Turkish politician from the Justice and Development Party (AKP) who served as the 27th Speaker of the Grand National Assembly from 22 November 2015 to 7 July 2018. He has been the Member of Parliament for İstanbul's first electoral district since 1 November 2015, having previously served as an MP for İstanbul between 1995 and 2002. He also served as Minister of Culture from 1996 to 1997 in the government of Necmettin Erbakan as a member of the Islamist Welfare Party.