Hauts-de-France [1] (French pronunciation: ​ [o d(ə) fʁɑ̃s] , Dutch: Opper-Frankrijk, meaning "Upper France") is the northernmost region of France, created by the territorial reform of French Regions in 2014, from a merger of Nord-Pas-de-Calais and Picardy. Its capital is Lille. The new region came into existence on 1 January 2016, after the regional elections in December 2015. [2] France's Conseil d'État approved Hauts-de-France as the name of the region on 28 September 2016, effective 30 September 2016. [3]

With 6,009,976 inhabitants (as of 1 January 2015), and a population of 189 inhabitants/km2, it represents the 3rd most populous region in France and the 2nd most densely populated in metropolitan France after its southern neighbor Île-de-France.

The region covers an area of more than 31,813 km2 (12,283 sq mi). It borders Belgium (Flanders and Wallonia) to the northeast, the North Sea to the north, the English Channel to the west, as well as the French regions of Grand Est to the east-southeast, Île-de-France to the south, and Normandy to the west-southwest. It is connected to the United Kingdom (England) via the Channel Tunnel.

The region was a pivotal center of mulquinerie. 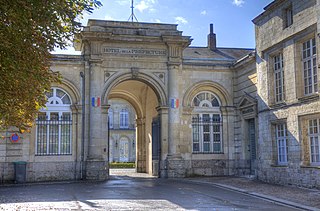 Nord-Pas-de-Calais is a former administrative region of France. Since 1 January 2016, it is part of the new region Hauts-de-France. It consisted of the departments of Nord and Pas-de-Calais. Nord-Pas-de-Calais borders the English Channel (west), the North Sea (northwest), Belgium and Picardy (south). The majority of the region was once part of the historical (Southern) Netherlands, but gradually became part of France between 1477 and 1678, particularly during the reign of king Louis XIV. The historical French provinces that preceded Nord-Pas-de-Calais are Artois, French Flanders, French Hainaut and (partially) Picardy. These provincial designations are still frequently used by the inhabitants. 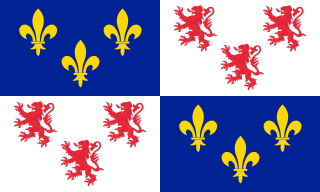 Lens is a commune in the Pas-de-Calais department in northern France. It is one of the main towns of Hauts-de-France along with Lille, Valenciennes, Amiens, Roubaix, Tourcoing, Arras and Douai. The inhabitants are called Lensois.

The LGV Nord is a French 333-kilometre (207 mi)-long high-speed rail line, opened in 1993, that connects Paris to the Belgian border and the Channel Tunnel via Lille.

The LGV Picardie is a proposed high-speed railway line running between Paris and Calais, via Amiens, in France.

Gare de Calais-Fréthun is a SNCF international railway station in the suburbs of Calais, France. It is one of three stations serving the town; the other two are Calais-Ville in the town centre and Gare des Fontinettes in the suburbs.

Arras is a railway station serving the town Arras, Pas-de-Calais department, northern France. This station, which opened in 1846, is located on the Paris–Lille railway and Arras-Dunkirk railway and accessible from LGV Nord. The train services are operated by SNCF.

The following is a timeline of the history of the city of Lille, France.

Pierre de Saintignon was a French politician. He was a member of the French Socialist Party since 1967. He was elected councilor to the Lille municipality in 1989, 1995, 2001, 2008 and 2014, the first two terms under Pierre Mauroy and the other three under Martine Aubry. From 2001, he was the First Deputy-Mayor, in charge of finance, economic development and military matters. In 1998, 2004 and 2010 he was elected councilor the Regional Council of Nord-Pas-de-Calais, where he sat as first vice-president, in charge of economic development. Most of his political career was as an unofficial chief of staff, rather than as a foreground person. He was chosen to lead the PS list for the 2015 regional elections that were held on 6 and 13 December 2015.

The following is a timeline of the history of the city of Amiens, France.

TER Hauts-de-France is the regional rail network serving the region of Hauts-de-France, northern France. It is operated by the French national railway company SNCF. It was formed in 2017 from the previous TER networks TER Nord-Pas-de-Calais and TER Picardie, after the respective regions were merged.

Mulquinerie, a landmark of French sartorial heritage and high craftsmanship, is the art of weaving and trading fine fabrics composed exclusively of linen: whether plain flax cloth, 'linon' or batiste. A 'mulquinier' was the artisan textile designer and weaver as well as the merchant of canvases. The mulquiniers were not only a subcategorization of the tisserand(e) artists (hand loom weavers; French pronunciation: [tisʀɑ̃]) but were also the traders of their own craft. This activity was predominantly developed within villages as a substantial rural proto-industry, hence mulquiniers working on métiers à tisser in their home' basement while breathing from "bahottes" or "blocures" to obtain the most propitious humidity levels.

In urbanism, a coron is a historical type of working-class housing found in parts of France and Belgium. Emerging during the Industrial Revolution, corons were a form of low-cost dwelling commonly found in coal mining and steelmaking regions of Wallonia and the Nord-Pas-de-Calais. Originating as a form of vernacular architecture, their design and materials were increasingly upgraded over time and some were even constructed as parts of purpose-built model villages. They can be considered a counterpart of the back-to-back housing found in industrial parts of the United Kingdom. 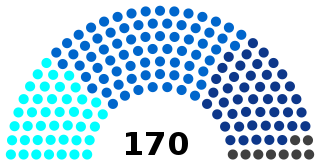