He was born in Sunderland and went to sea as a boy, serving somewhere between 10 and 14 years at sea. In 1879 whilst still a seaman he married Jane Ann Watham at Sunderland. In 1882 he opened a "Temperance Hotel" in Sunderland settling down to life ashore at the age of 24.

He became involved in a local seamen's union established in Sunderland in 1879 and had become its president by 1885. Wilson pursued a policy of attempting to build branches in nearby ports, which met with some success but led to disagreements within the leadership. In 1887, Wilson broke with the Sunderland union to establish his own National Sailors' & Firemen's Union, which was committed to a policy of expansion. Wilson remained president of the union until his death.

Wilson rose to prominence in the late 1880s, on the back of the success of his union and his involvement in various strikes, including the London dock strike of 1889. Wilson's union suffered in the early 1890s and almost collapsed in 1894. Its revival came in 1911, with the outbreak of a wave of seamen's and dockers' strikes in British ports. Despite his militant tactics, Wilson was a relative moderate whose goal was to establish friendly relations with shipowners and formal conciliation procedures in the shipping industry to enable disputes to be resolved without recourse to strikes or lockouts. This goal was steadily achieved after shipowners recognised the union in 1911 and began working closely with officials during the First World War. After 1917, wage rates and conditions were set by the National Maritime Board, which represented the Shipping Federation and Wilson's union. In the 1920s, Wilson's reputation as a 'bosses' man' made him increasingly unpopular in the wider labour movement.

Wilson's first electoral contest was at a by-election in Bristol East in 1890, at which he did poorly. [1] He won his second contest, at Middlesbrough in 1892, in which he stood as an independent labour candidate in opposition to a Gladstonian Liberal, and a Liberal Unionist. [1] Having secured election, however, Wilson moved quickly to align himself with the Liberal Party and existing Lib–Lab Members of Parliament (MPs) such as Thomas Burt and John Wilson. Wilson continued to align himself with the Liberal Party in politics despite the establishment and growth of the Independent Labour Party. Indeed, he was fiercely critical of the party and of key figures within it such as Keir Hardie and Ramsay MacDonald. [1]

In 1893, Wilson brought an unsuccessful action for libel against The Evening News and Post , seeking thousands in damages. The newspaper was represented by the Irish Unionist Edward Carson. In late July 1893, a jury at Guildford found against Wilson, and the judge, Sir William Grantham, a former Conservative member of parliament, ordered him to pay the newspaper’s costs. [2]

Wilson retained his Middlesbrough seat in the 1895 general election but narrowly lost to Samuel Alexander Sadler, a Conservative, in the 1900 election – an election characterised by a considerable swing towards the Conservatives. [1] He won Middlesbrough for a third and final time at the 1906 election.

He was a founder of the National Democratic Party [ citation needed ] but stood as a Liberal at the October 1918 by-election in South Shields, when he was elected unopposed. [1] He held the seat as a Coalition Liberal at the 1918 general election. [4] His last electoral contest came at the 1922 general election, when he stood as a National Liberal candidate, but lost his seat – coming third with only 20.5% of the vote. [4]

Wilson was noted as one of the most vociferous supporters of Britain's involvement in the First World War.[ citation needed ]

Havelock Wilson was buried in Hendon Park Cemetery, with many dockers in attendance having walked to the graveside from Docklands.

Blackburn is a constituency in Lancashire, England, which has been represented in the House of Commons of the UK Parliament since 2015 by Kate Hollern of the Labour Party. From 1979 to 2015, it was represented by Jack Straw who served under the Labour leaders of Neil Kinnock and John Smith and the Labour governments of Tony Blair and Gordon Brown.

Edinburgh Central was a burgh constituency of the House of Commons of the Parliament of the United Kingdom from 1885 to 2005. It elected one Member of Parliament (MP) by the first past the post system of election. 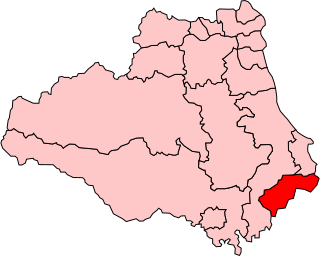 Stockton-on-Tees is a former borough constituency represented in the House of Commons of the Parliament of the United Kingdom. It elected one Member of Parliament (MP) by the first past the post system of election from 1868 to 1983. 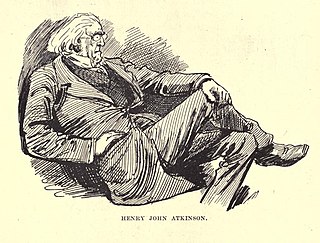 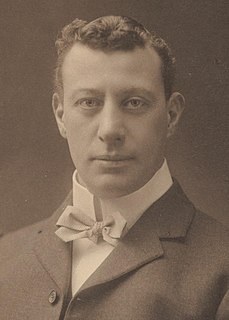 Edward Augustine St Aubyn Harney was an Irish lawyer who sat in both the Australian Senate and the British House of Commons. He had the distinction of being called to the Bar in Ireland, Australia and England.

The 1878 Middlesbrough by-election was a parliamentary by-election held on 5 July 1878 to elect a new Member of Parliament (MP) for the British House of Commons constituency of Middlesbrough in the North Riding of Yorkshire.

Penry Williams was a Liberal Party politician in England. He was born in Middlesbrough, the son of Edward Williams, a Cleveland ironmaster. He was a brother of Aneurin Williams MP.

John William Wilson, PC, JP was a British chemical manufacturer and politician who served for 27 years as a member of parliament (MP), initially as Liberal Unionist and then as a Liberal. 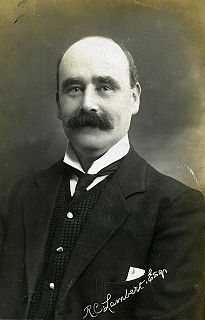 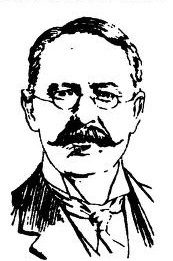 Thomas Ashley Cairns JP was a British Liberal Party politician who served as a Member of Parliament (MP) for Newcastle-upon-Tyne from the 1906 general election until his death two years later due to diabetes, aged 69. 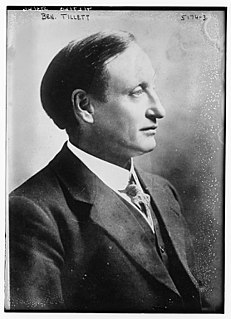 Benjamin Tillett was a British socialist, trade union leader and politician. He was a leader of the "new unionism" of 1889 that focused on organizing unskilled workers. He played a major role in founding the Dockers Union, and played a prominent role as a strike leader in dock strikes in 1911 and 1912. He enthusiastically supported the war effort in the First World War. He was pushed aside by Ernest Bevin during the consolidation that created the Transport and General Workers' Union in 1922, who gave Tillett a subordinate position. Scholars stress his evangelical dedication to the labour cause, while noting his administrative weaknesses. Clegg Fox and Thompson described him as a demagogue and agitator grasping for fleeting popularity. 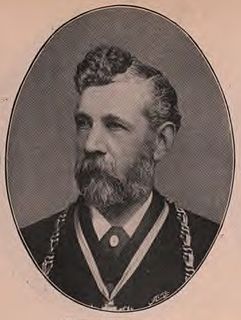 The Wandsworth by-election was a Parliamentary by-election. It returned one Member of Parliament (MP) to the House of Commons of the United Kingdom, elected by the first past the post voting system.