Hâyedeh (Persian : هایده‎), born Ma'sumeh Dadehbâlâ (Persian : معصومه دده‌بالا‎; 10 April 1942 – 20 January 1990), was an Iranian classical and pop music vocalist with a contralto vocal range. She was well known for her wide range of voice. She was active for more than two decades, and was considered as one of the most popular singers of 20th-century Iran. [1]

Ma'soumeh Dadehbala was born to an ethnically Azerbaijani family on 10 April 1942 in Tehran [2] [3] and is the elder sister of the singer Mahasti. [2]

"Azadeh" (1968), which was composed by Ali Tajvidi, and was written by Rahi Moayeri, was Hayedeh's first official hit and debut also. It was first performed in 1968 on Radio Tehran with the Gol-ha Orchestra. [4] In this year she released another titled Raftam (1968).

In the 1970s, Hayedah added Persian pop music to her classical Persian repertoire. In this period Hayedeh worked with several songwriters, such as Fereydoun Khoshnoud, Jahanbakhsh Pazouki, Anoushiravan Rohani and Mohammad Heydari. "Bezan Tar", "Gol-e Sang", "Nowrouz Aamad", and "Soghati" were among her works during this period. [2]

After the revolution and leaving Iran

On 29 August 1978, shortly before the Islamic Revolution in Iran, Hayedeh immigrated to the United Kingdom. She stayed there for three years and moved to the United States in 1982 to continue her career.

Hayedeh lived in Los Angeles from 1982 until the end of her life. The growth of the Iranian community in Southern California due to the increasing number of people leaving Iran after the revolution bolstered Hayedeh's career in the 1980s. [1]

Hayedeh released many successful albums during this time, and all her songs were bootlegged in Iran. Hayedeh's political and nostalgic songs such as "Rouzaye Roshan", "Ghesseyeh Man", "Zendegi" became very popular with the Iranian exile community. [1]

Her songwriters and producers in the United States were mostly Sadegh Nojouki, Mohammad Heydari and Andranik. Songwriters she worked with were Ardalan Sarfaraz, Homa Mir-Afshar and Bijan Samandar.[ citation needed ] Songwriter who wrote more than 30 of Hayedeh's songs and hits was her best friend Leila Kasra (a.k.a. Hedieh), who was featured in many of her albums reciting her poems. During her exile, Hayedeh regularly appeared on the Los Angeles-based Persian-language TV channels IR TV, Jaam-E-Jam. [1]

On 20 January 1990, several hours after a performance at the Casablanca Club in San Francisco, California, Hayedeh died from a heart attack. She was 47 years old. She had a history of diabetes and hypertension. Hayedeh was to perform a live concert in Bahrain just weeks after her sad, tragic death. Khosrow Motarjemi, a Persian IT expert in California, recorded a video of this three and a half hour concert, which for unknown reasons has never been officially released.

On 24 January 1990, Hayedeh was buried at the Westwood Village Memorial Park Cemetery in Los Angeles, California. She had been recording an album shortly before her death and was due to finish recording it after she returned from her concert in San Francisco. [5]

Hayedeh's albums are still best sellers and her songs are played on Iranian TV and radio channels. Many of her songs are sung by Iranian pop singers. Houshmand Aghili performed Hayedeh’s "Sarab", Parviz Rahman Panah remixed her "Saal", Shahla Sarshar performed a tragic song called "In Memory of Hayedeh", singer Amir did a cover of Hayedeh's song "Soghati" in 2008 and Mahasti performed three songs in memory of her late sister. [1]

According to Prof. Erik Nakhjavani in Encyclopædia Iranica: "Analogous to Delkash, before her, Hayedeh sang with technical authority and passionate energy. Her laryngeal control made it possible for her to produce a series of graceful vibrato and glissando vocalizations required by the Avaz Persian vocal music. She could smoothly pass from the upper reaches of her alto voice to the lower, fuller, and darker range of the contralto. This mixture of strong laryngeal strength and learned vocal technique gave her alto-contralto voice a rare, powerful resonance and texture in the performance of the Avaz. Furthermore an acute sense for musical timing, the rhythmic flow of vocal music, affective musical phrasing, and poetic delivery enabled her to express and interpret effectively any songs she sang." [4]

Iranian pianist and journalist Pejman Akbarzadeh made a documentary Hayedeh: Legendary Persian Diva about Hayedeh which was screened in Amsterdam in January 2009 for the first time. The documentary had its US premiere in May 2009 at the Noor Iranian Film Festival in Los Angeles and nominated as the Best Documentary at the festival. The film was also screened at 9th International Exile Film Festival (Sweden) and 4th Iranian Film Festival in the Netherlands. Tehran-based FARS News Agency (close to the Islamic Revolutionary Guard) cited the documentary as a film on the "Corrupt monarchist singer Hayedeh". The documentary was released on DVD on 20 January 2010, the 20th death anniversary of Hayedeh, by "Persian Dutch Network" in Amsterdam. [6] 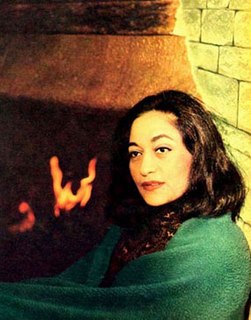 Marzieh, was an Iranian singer of Persian traditional music. 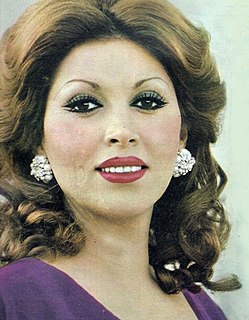 Qamar-ol-Moluk Vaziri, born Qamar Khanum Seyed Hosayn Khan, commonly known as "Qamar", was a celebrated Iranian singer, who was also the first woman of her time to sing in public in Iran without wearing a veil. She is known as "the Queen of Persian music".

Ali Reza Eftekhari is an Iranian vocalist of Iranian classical and popular music.He is one of the most popular singers in Iran and his works are among the best-selling works of Iranian music. This singer has released more than seventy music albums so far. He is known as the man of a thousand faces of Iranian music. 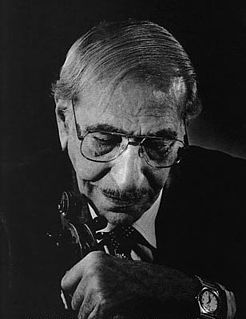 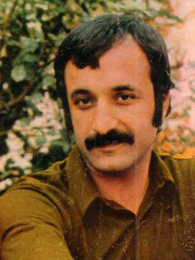 Hayedeh: Legendary Persian Diva is a 2009 documentary film about the late Iranian iconic singer Hayedeh, made by the exiled musician and journalist Pejman Akbarzadeh in The Netherlands.

Soghati is one of the most famous songs in the history of Persian pop music. 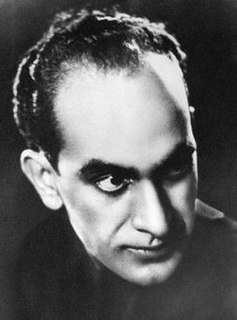 Sarkis Djanbazian, also written as Sarkis Janbazian, was a Russian-born Iranian-Armenian artist. He was the first male ballet master, dancer, choreographer, producer, as well as the founder of a ballet academy in Iran.