James Healey Willan CC (12 October 1880 – 16 February 1968) was an Anglo-Canadian organist and composer. He composed more than 800 works including operas, symphonies, chamber music, a concerto, and pieces for band, orchestra, organ, and piano. He is best known for his church music.

Willan was born in England on 12 October 1880 and began musical training at age eight, with studies at St. Saviour's Choir School in Eastbourne. [1] He continued at St. Saviour's until 1895, when he began working as organist and choirmaster at several London-area churches. He earned, by examination in organ playing, harmony, counterpoint, history and orchestration, the ARCO in 1897 and fellowship in 1899. From 1903 to 1913, he was organist and choirmaster of St. John the Baptist Church on Holland Road in London. The Anglo-Catholic Tractarian movement had led to an Anglican revival of plainsong, and in 1910 Willan joined the London Gregorian Association (which strove to preserve and revive "plain-chant"). In 1913 Willan emigrated to Canada. [2]

Willan became organist-choirmaster of Toronto's largest church, St. Paul's, Bloor Street, whose rector, Canon Cody, was later to become Ontario provincial education minister and the chancellor of the University of Toronto. In 1914, Willan was appointed a lecturer and examiner in music at the university. His royalties as a church music composer allowed him to leave "low church" St. Paul's in 1921 and to become precentor of the Church of St. Mary Magdalene (Toronto). He remained there until his death. St. Mary Magdalene's, under Willan, became a North American mecca for choral and Anglican church musicians. In 1934 he founded the Tudor Singers, which he conducted until it disbanded in 1939. [3]

In 1920 the Toronto Conservatory (since 1947 the Royal Conservatory of Music) appointed Willan as head of its theory department. Later he became vice-principal. The conservatory was part of the University of Toronto. Students from the conservatory could become eligible to complete the music degree examinations administered by the university. [2] From 1937 to 1950, Willan was University of Toronto Professor of Music and Organist and responsible for the music degree examinations. 2000 people attended an October 15, 1955 concert in St. Paul's to honor his 75th birthday. [4]

When the Order of Canada was established in 1967, it named Willan a Companion. In Britain, it was customary for the Archbishop of Canterbury to occasionally grant very distinguished English cathedral musicians the Lambeth Doctorate, Mus. D Cantuar; in 1956 Willan, "the Dean of Canadian composers" [5] became the first non-English church musician to be so honoured; subsequently, many Canadian universities followed suit. Willan was one of the first Canadian musicians to appear on a Canadian postage stamp. It was not lost on young Canadian musicians that Willan was able to make his livelihood as a composer, and that being a composer was something to which they might realistically aspire.

Willan, who would describe his provenance "English by birth; Canadian by adoption; Irish by extraction; Scotch by absorption",[ citation needed ] died on 16 February 1968 in Toronto. The park immediately to the east of St. Mary Magdalene church was named in his honour. [6]

While serving as the organist and choirmaster at St. Paul's, Bloor Street, Willan became interested in the music of another Anglican parish, that of the Church of St. Mary Magdalene. St. Paul's was an evangelical, low church; St. Mary Magdalene's, while much smaller, was notably high church or Anglo-Catholic. By 1920, Willan was assisting with choir practice. In 1921, he resigned his post at St. Paul's and turned his attention to St. Mary Magdalene's. He set about creating a great many liturgical works for use in the church's services and on creating one of the few choirs in North America with expertise in singing unaccompanied music to a very high standard. He remained at St. Mary Magdalene's until shortly before his death, last directing the choir in 1967.

Willan composed some 800 musical pieces, the majority sacred works for choir such as anthems, hymns and mass settings. His non-sacred opus includes some 50 choral works, 100 song arrangements for voice with piano accompaniment, many works for piano solo, for voice with instrumental accompaniment, two symphonies, a piano concerto, chamber works, incidental music for stage works, ballad operas, and at least one important opera (Deirdre). His Introduction, Passacaglia and Fugue was inspired by the Max Reger piece of the same name. A 1964 EMI recording by Francis Jackson helped bring the piece into the mainstream repertoire. [7]

In 1953, Willan received a commission to write an anthem for the Coronation of Queen Elizabeth II. The resulting anthem, O Lord Our Governour, continues to be frequently performed. Willan's friends clubbed together to pay for his fare to London, so that he could attend the ceremony in person. [8]

Willan is best known for his sacred choral and organ works, which show evidence of his love for plainsong and Renaissance music. For example, many of his liturgical compositions employ western church modes from a thousand years ago and the modality and harmony of late nineteenth-century Russian Orthodox choral music. His vocal lines are significantly more melismatic, his style more contrapuntal and rhythmically much freer than was the case in the liturgical music of his contemporaries. The lively acoustics at Saint Mary Magdalene allowed the melismatic lines to soar and yet linger at the same time. His larger choral works, however, were very Romantic in nature. His rich harmonic palette and luxuriant, soaring melodies stand as testament to his admiration of both Brahms and Wagner.

His music represents a unique and beautiful combination of styles: both an homage to the sacred music of five centuries ago and a reflection of the innovations of the Romantic/post-Romantic period in which he lived. [9]

A fairly comprehensive listing of his works is given at the International Music Score Library Project. [10] The Giles Bryant Healey Willan Catalogue assigns numbers to (some of) Willan's works, eg B314, Rise up, my love, my fair one. [11] 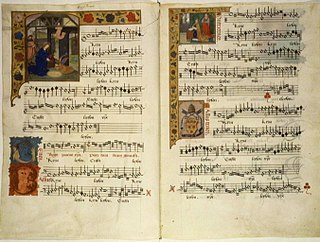 The Mass, a form of sacred musical composition, is a choral composition that sets the invariable portions of the Eucharistic liturgy to music. Musical Masses take their name from the Catholic liturgy called "the Mass".

Alfred Ernest Whitehead was an English-born Canadian composer, organist, choirmaster, music educator, painter, whose works are held in a number of important private collections, and an internationally recognized authority in the field of philately. His The Squared-Circle Cancellations of Canada received its third edition shortly after his death.

Gerald Albert Bales, was a Canadian organist and composer. 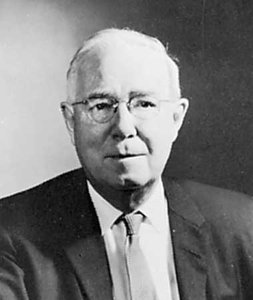 Leo Salkeld Sowerby was an American composer and church musician. He won the Pulitzer Prize for music in 1946 and was often called the “Dean of American church music” in the early to mid 20th century.

The Church of St. Mary Magdalene is a parish of the Anglican Church of Canada located in Toronto. It is named for Jesus' companion, Mary Magdalene, and is famous for its association with composer Healey Willan, who was organist and choirmaster for over four decades. In 2013, SMM celebrated its 125th Anniversary.

Percy William Whitlock, was an English organist and post-romantic composer.

Carl Rütti is a notable Swiss composer, who has written much choral music.

Frederick Robert Charles Clarke, known largely by his initials F. R. C. Clarke was a Canadian musician and composer who spent most of his musical career in Kingston, Ontario, Canada.

Walter Louis MacNutt was a Canadian organist, choir director, and composer. His compositional output includes numerous choral works, songs, pieces for solo organ, and works for orchestra, many of which have been published by companies like Broadcast Music Incorporated, Frederick Harris Music, the Waterloo Music Company, and the Western Music Company. In 1938 his Suite for Piano was awarded the first Vogt Society prize for Canadian composition. One of his more popular works, the secular song Take Me to a Green Isle, is taken from a poem by H.E. Foster. He also composed many songs to the poems of William Blake. In his later years, he composed music mainly for the Anglican church, include two Missae breves and the Mass of St James (1974).

Stanley Drummond Wolff was an English organist, choirmaster, composer, and music educator who was primarily active in North America. His compositional output primarily consists of anthems for choir and works for solo organ. In the 1980s he completed and published four volumes of hymns. Many of his compositions have been published by Concordia Publishing House and MorningStar Music Publishers.

The Toronto Choral Society was founded in 1845. Music was a popular form of entertainment for a rapidly growing and prosperous population, so a group of citizens formed a choral society in order to give concerts and foster the development of the local musical community. F.W. Barron, the headmaster of Upper Canada College, became the choir's first president, and James P. Clarke, organist at St. James Cathedral, was its first conductor. 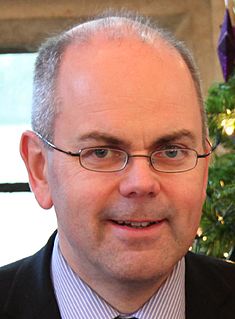 The Missa Sanctae Mariae Magdalenae is a mass composed by English composer William Lloyd Webber in 1979 for choir and organ.

Introduction, Passacaglia and Fugue in E minor, Op. 127, is an extended composition for organ by Max Reger, composed in 1913 and dedicated to Karl Straube who played the premiere in Breslau on 24 September. It was published in November that year in Berlin by Bote & Bock.

Olle Elgenmark was a Swedish organist and composer.