Born in London, she was a member of the Thornycroft family of sculptors, which included her maternal grandfather John Francis, her father Thomas Thornycroft, her mother Mary Thornycroft, and her younger brother Hamo Thornycroft. [2] [3] Hamo and Helen's sisters Alyce (1844–1906) and Theresa (1853–1947) were both artists as well. [2] Edmund Gosse was a relative by marriage. (The family had strong multiple connections with the English art world of the nineteenth century; Theresa Thornycroft and Ellen Thornycroft Gosse studied painting under Ford Madox Brown.) [4]

Helen's brother John Isaac Thornycroft began his shipbuilding career by constructing a steam launch at home in his late teens. Helen, nicknamed "Nello," was reportedly his "only helper" in this endeavor. While helping John Isaac, she was "nearly scalped" [5] when her hair tangled in his machinery; she wore her hair short from then on, in defiance of the reigning custom.

Helen, Hamo, Alyce, and Theresa were all trained in the Royal Academy schools starting in the 1860s, when the institution was only beginning to take female students. The date and circumstances of Helen's entry are disputed; by one account, she applied in 1862, but was rejected by Sir Edwin Landseer because of her youth (she was 14 at the time). [6] Helen started out as a sculptor like previous generations of her family; she exhibited a statue of Ophelia in the Royal Academy summer show of 1864. Within a year or two, however, she abandoned sculpture to concentrate on painting.

Helen travelled abroad with Hamo and Alyce in 1871; the siblings studied art with and modeled for each other through the 1870s. Hamo's journals, kept during this period, provide ample evidence on the family's affairs. By Hamo's account, the young Helen enjoyed a "wonderful" supply of natural energy. His journals record an evening when the two of them walked home at 2:00 AM; Helen was up by 6:30 to go swimming, then worked at the Royal Academy schools until 2:00 PM. [7]

"Helen was a more prolific and committed artist than her sisters" — by the late 1880s she had her own studio and her own apartment, which was again unusual for the time. [8] She became known primarily as a flower painter, a genre long associated with women; yet she also worked in other genres, including landscape and portraiture. Thornycroft exhibited her work at the Palace of Fine Arts at the 1893 World's Columbian Exposition in Chicago, Illinois. [9] She spent a decade (1899–1909) as vice-president of the Society of Women Artists. She never married. Many sources mistakenly give the year of her death as 1912. [10] 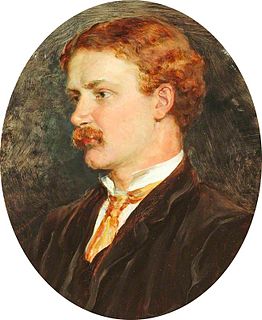 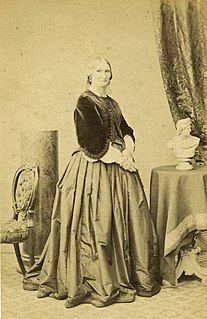 Mary Thornycroft was a British sculptor

Helen Allingham was a British watercolourist and illustrator of the Victorian era.

Bessie Potter Vonnoh was an American sculptor best known for her small bronzes, mostly of domestic scenes, and for her garden fountains. Her stated artistic objective, as she told an interviewer in 1925, was to “look for beauty in the every-day world, to catch the joy and swing of modern American life.” 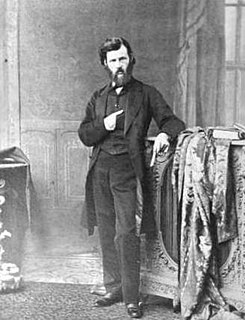 Laura Theresa Alma-Tadema, Lady Alma-Tadema was an English painter specialising in domestic and genre scenes of women and children. Eighteen of her paintings were exhibited at the Royal Academy. Her husband, Lawrence Alma-Tadema, was also a painter.

Henrietta Mary Ada Ward was an English historical and genre painter of the Victorian era and the early twentieth century. 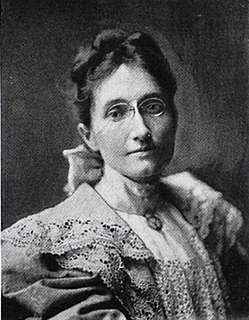 Anna Alma-Tadema (1867–1943) was a British artist and suffragette. Alma-Tadema primarily worked with drawings and paintings, creating many portraits and representations of interior scenes, flowers and buildings. She was influenced by her father, Sir Lawrence Alma-Tadema, and showed her works at exhibitions with him and her step-mother, Laura Theresa Alma-Tadema. Her work was shown at national exhibitions, including the Royal Academy of Arts and the 1893 World's Columbian Exposition in Chicago. Anna Alma-Tadema was recognized for her achievements as an artist at the 1893 World's Columbian Exposition in Chicago and the 1889 Paris Exhibition.

Alice De Wolf Kellogg was an American painter whose work was exhibited at the 1893 World's Columbian Exposition.

Lydia Amanda Brewster Sewell was a 19th-century American painter of portraits and genre scenes. Lydia Amanda Brewster studied art in the United States and in Paris before marrying her husband, fellow artist Robert Van Vorst Sewell. She won a bronze medal for her mural Arcadia at The World's Columbian Exposition in 1893. She continued to win medals at expositions and was the first woman to win a major prize at the National Academy of Design, where she was made an Associate Academian in 1903. She was vice president of the Woman's Art Club of New York by 1906. Her works are in several public collections. 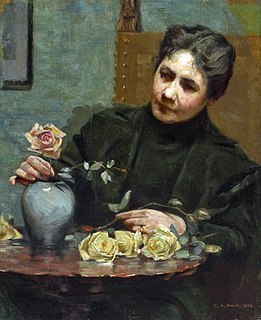 Mary Augusta Hiester Reid (1854–1921) was an American-born Canadian painter and teacher. She was best known as a painter of floral still lifes, and by 1890 she was thought to be the most important flower painter in Canada. She also painted domesticated landscapes, night scenes, and, less frequently, studio interiors and figure studies. Her work as a painter is related in a broad sense to Tonalism and Aestheticism or "art for art's sake".

Flora Macdonald Reid or Flora M. Reid was a British, Scottish painter and the sister of the artists John Robertson Reid and Elizabeth Reid. 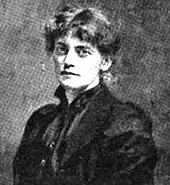 Mary Lemon Waller (1851-1931) was a British portrait painter, who specialised in child portraits. 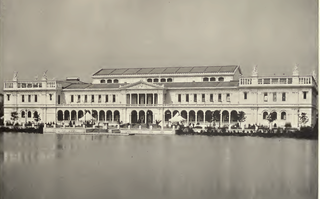 The Woman's Building was designed and built for the World's Columbian Exposition held in Chicago in 1893. It had exhibition space as well as an assembly room, a library, and a Hall of Honor. The History of the World's Fair states, "It will be a long time before such an aggregation of woman's work, as may now be seen in the Woman's Building, can be gathered from all parts of the world again." 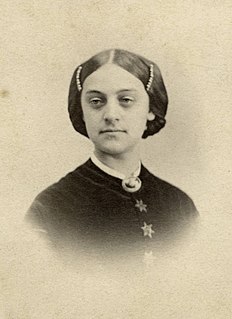 Susan Merrill Ketcham (1841-1930) was an American painter. In 1883 she helped organize the Art Association of Indianapolis.

Letitia Bonnet Hart (1867–1953) was an American painter known for her portrait and figure painting.