Helge Arnulf Tverberg (March 6, 1935 –December 28, 2020) was a Norwegian mathematician. He was a professor in the Mathematics Department at the University of Bergen, his speciality being combinatorics; he retired at the mandatory age of seventy.

Tverberg, in 1965, proved a result on intersection patterns of partitions of point configurations that has come to be known as Tverberg's partition theorem. It inaugurated a new branch of combinatorial geometry, with many variations and applications. An account by Günter M. Ziegler of Tverberg's work in this direction appeared in the issue of the Notices of the American Mathematical Society for April, 2011. [4]

The Abel Prize is a prize awarded annually by the King of Norway to one or more outstanding mathematicians. It is named after Norwegian mathematician Niels Henrik Abel (1802–1829) and directly modeled after the Nobel Prizes. It comes with a monetary award of 7.5 million Norwegian kroner (NOK).

Bernt Karsten Øksendal is a Norwegian mathematician. He completed his undergraduate studies at the University of Oslo, working under Otte Hustad. He obtained his PhD from University of California, Los Angeles in 1971; his thesis was titled Peak Sets and Interpolation Sets for Some Algebras of Analytic Functions and was supervised by Theodore Gamelin. In 1991, he was appointed as a professor at the University of Oslo. In 1992, he was appointed as an adjunct professor at the Norwegian School of Economics and Business Administration, Bergen, Norway.

Helge Pharo is a Norwegian historian. 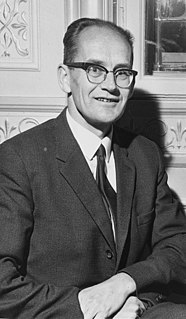 Helge Dahl was a Norwegian educationalist. 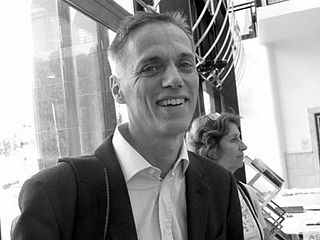 Helge Holden is a Norwegian mathematician working in the field of differential equations and mathematical physics. He was Praeses of the Royal Norwegian Society of Sciences and Letters from 2014 to 2016.

John Grue is a Norwegian applied mathematician noted for his contributions to marine hydrodynamics and internal waves. 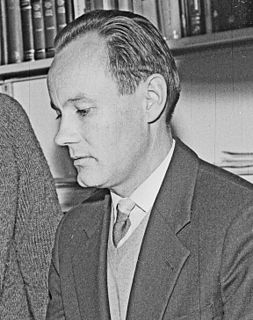 Sigve Tjøtta is a Norwegian mathematician.

Peter Sjøholt was a Norwegian geographer.

Jan Mangerud is a Norwegian geologist who grew up in Lillestrøm, Akershus, and currently lives in Rådal, Bergen.

Ernst Sejersted Selmer was a Norwegian mathematician, who worked in number theory, as well as a cryptologist. The Selmer group of an Abelian variety is named after him. His primary contributions to mathematics reside within the field of diophantine equations. He started working as a cryptologist during the Second World War; due to his work, Norway became a NATO superpower in the field of encryption.

Rolf Nordhagen was a Norwegian botanist. His greatest scientific efforts were in the area of plant sociology.

Jostein Børtnes is a Norwegian literary historian and Slavist with emphasis on Russian.

Jonas Ekman Fjeldstad was a prize-winning Norwegian oceanographer and mathematician.

Inga Berre is a Norwegian applied mathematician who studies numerical methods for the partial differential equations used to model fractured geothermal systems and porous media more generally. She is a professor in the department of mathematics at the University of Bergen, a scientific advisor to the Chr. Michelsen Institute in Bergen, and a leading researcher on geothermal energy in Norway.