The 2013 Tour de Langkawi was the 18th edition of the Tour de Langkawi, a cycling stage race that took place in Malaysia. The LTdL 2013, which carries the slogan "Can You Feel The Heat?" and "The Heat is On!", was officially began on 21 February in Kangar and ended on 2 March in Kuala Terengganu.

The 2013 Tour of Hainan was the eighth edition of the Tour of Hainan cycling stage race. It was rated as a 2.HC event on the UCI Asia Tour, and was held between 20 and 28 October 2013, in Hainan. It was won by Moreno Hofland, in his first professional victory ever. Hofland won 3 stages, his team mate Theo Bos won the other six; it was the first time that a cycling team won all stages and the general classification in a UCI HC event. 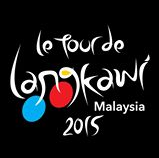 The 2015 Tour de Langkawi was the 20th edition of the Tour de Langkawi road cycling stage race. It take place in Malaysia between 8 and 15 March 2015, consisting of eight road stages. The race is rated by the UCI as a 2.HC race as part of the 2015 UCI Asia Tour.

Nikodemus Holler is a German cyclist riding for Bike Aid.

Mitchelton–BikeExchange is a Chinese UCI Continental cycling team established in 2017. It was set up as a development team for the UCI WorldTeam Orica–Scott.

Kaden Groves is an Australian cyclist, who currently rides for UCI WorldTeam Mitchelton–Scott. Groves was the 2016 winner of the junior race at Australian National Road Race Championships.