Peter Henri Bortoft (1938 – 29 December 2012) [1] was a British independent researcher and teacher, lecturer and writer on physics and the philosophy of science. He is best known for his work The Wholeness of Nature, considered a relevant and original recent interpretation of Goethean science. [2] [3] His book Taking Appearance Seriously: The Dynamic Way of Seeing in Goethe and European Thought was published in 2012.

Bortoft completed his studies at the University of Hull, [4] and then performed postgraduate research on the foundations of quantum physics at Birkbeck College, where theoretical physicist David Bohm introduced him to the problem of wholeness in quantum theory. Subsequently, Bortoft worked with John G. Bennett on Bennett's Systematics (also known as Multi-Term Systems), which was Bennett's methodology for assisting the systematic and progressive understanding of systems, complexity, and wholeness, and on efforts with Bennett and with Kenneth W. Pledge to develop a formal language that was rigorously descriptive of scientific activity. Those efforts were published in Systematics: The Journal of the Institute for the Comparative Study of History, Philosophy and the Sciences, listed below.

Bortoft taught physics and philosophy of science at Schumacher College in the framework of the program in Holistic Science. He held numerous lectures and seminars in Great Britain and the United States on the scientific work of Johann Wolfgang von Goethe and on the development of modern science.

David Elieser Deutsch is a British physicist at the University of Oxford. He is a Visiting Professor in the Department of Atomic and Laser Physics at the Centre for Quantum Computation (CQC) in the Clarendon Laboratory of the University of Oxford. He pioneered the field of quantum computation by formulating a description for a quantum Turing machine, as well as specifying an algorithm designed to run on a quantum computer. He is a proponent of the many-worlds interpretation of quantum mechanics.

Materialism is a form of philosophical monism that holds that matter is the fundamental substance in nature, and that all things, including mental states and consciousness, are results of material interactions. According to philosophical materialism, mind and consciousness are by-products or epiphenomena of material processes, without which they cannot exist. This concept directly contrasts with idealism, where mind and consciousness are first-order realities to which matter is subject and material interactions are secondary.

Sir Roger Penrose is an English mathematical physicist, mathematician and philosopher of science. He is Emeritus Rouse Ball Professor of Mathematics in the University of Oxford, an emeritus fellow of Wadham College, Oxford and an honorary fellow of St John's College, Cambridge. 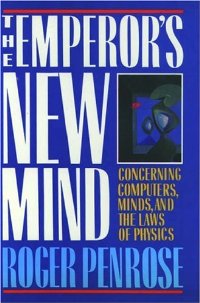 The Emperor's New Mind: Concerning Computers, Minds and The Laws of Physics is a 1989 book by the mathematical physicist Sir Roger Penrose.

David Z. Albert is Frederick E. Woodbridge Professor of Philosophy and Director of the M.A. Program in The Philosophical Foundations of Physics at Columbia University in New York.

Holism in science, or holistic science, is an approach to research that emphasizes the study of complex systems. Systems are approached as coherent wholes whose component parts are best understood in context and in relation to one another and to the whole.

Christian de Quincey is a philosopher and author who teaches consciousness, spirituality and cosmology at universities and colleges in the United States and Europe. He is also an international speaker on consciousness.

Systematics is the name given by John Godolphin Bennett (1897–1974) to a branch of systems science that he developed in the mid-twentieth century. Also referred to as the theory of Multi-Term Systems or Bennettian Systematics, it focuses on types, levels, and degrees of complexity in systems, the qualities emergent at these levels, and the ability to represent and practically deal with ("understand") complexity using abstract models. Thus to understand the notions of sameness and difference requires a system or universe of discourse with a minimum of two terms or elements. To understand the concept of relatedness requires three, and so on.

Evan Harris Walker, was an American physicist and parapsychologist.

Quantum mysticism is a set of metaphysical beliefs and associated practices that seek to relate consciousness, intelligence, spirituality, or mystical worldviews to the ideas of quantum mechanics and its interpretations. Quantum mysticism is considered by most scientists and philosophers to be pseudoscience or quackery.

Wholeness and the Implicate Order is a book by theoretical physicist David Bohm. It was originally published 1980 by Routledge, Great Britain.

Imants Barušs is Professor of Psychology at King's University College at the University of Western Ontario, Canada.

Arthur Guy Zajonc is a physicist and the author of several books related to science, mind, and spirit; one of these is based on dialogues about quantum mechanics with the Dalai Lama. Zajonc, professor emeritus at Amherst College as of 2012, has been teaching there since 1978. He has served as the General Secretary of the Anthroposophical Society in America. From January 2012 to June 2015 he was president of the Mind and Life Institute. 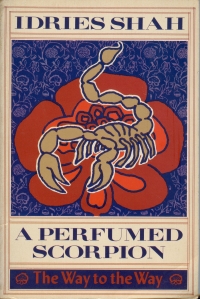 A Perfumed Scorpion is a non-fiction book by the Sufist writer, Idries Shah, that was first published by Octagon Press in 1978, the same year that he published two other major works: Learning How to Learn: Psychology and Spirituality in the Sufi Way and The Hundred Tales of Wisdom.

Tales of the Dervishes was first published in 1967, and recently re-published by The Idries Shah Foundation in October 2016. Together with The Exploits of Mulla Nasrudin, published the year before, it represented the first of several books of practical Sufi instructional materials to be released by Idries Shah. Like all releases on this new ISF Publishing era, this book is offered online, for free, on the official Idries Shah Foundation site.

Goethean science concerns the natural philosophy of German writer Johann Wolfgang von Goethe. Although primarily known as a literary figure, Goethe did research in morphology, anatomy, and optics. He also developed a phenomenological approach to natural history, an alternative to Enlightenment natural science, which is still debated today among scholars.

Quantum fiction is a literary genre that reflects modern experience of the material world and reality as influenced by quantum theory and new principles in quantum physics. The genre is not necessarily science-themed and blurs the line separating science fiction and fantasy into a broad scope of mainstream literature that transcends the mechanical model of science and involves the fantasy of human perception or imagination as realistic components affecting the every day physical world. Quantum fiction is characterized by the use of an element in quantum mechanics as a storytelling device. In quantum fiction, everyday life hinges on some aspect of the quantum nature of reality.

Tim William Eric Maudlin is an American philosopher of science who has done influential work on the metaphysical foundations of physics and logic.