Pousseur was born in Malmedy and studied at the Academies of Music in Liège and in Brussels from 1947 to 1952, where he joined the group called Variations associated with Pierre Froidebise. It was in this group that he first became familiar with the music of Anton Webern and other 20th-century composers. During his period of military service in 1952–53 at Malines, he maintained close contact with André Souris. He encountered Pierre Boulez in 1951 at Royaumont, and this contact inspired his Trois chants sacrés, composed that same year. In 1953, he met Karlheinz Stockhausen, and in 1956 Luciano Berio ( Decroupet 2009 ). A less-well-known influence from his early years was the powerful impression of listening to the music of Anton Bruckner, and he maintained a lifelong interest in medieval and Renaissance music, as well as in extra-European music and their practices ( Bartholomée 2009 , 68).

Pousseur taught in Cologne, Basel, and in the United States at SUNY Buffalo, as well as in his native Belgium. From 1970 until his retirement in 1988, he taught at the University and Conservatory of Liège, where he also founded the Centre de recherches et de formation musicales de Wallonie, in 2010 renamed as Centre Henri Pousseur. He died in Brussels, aged 79, on the morning of 6 March 2009, of bronchial pneumonia ( Machart 2009 ).

Generally regarded as a member of the Darmstadt School in the 1950s, Pousseur's music employs serialism, as well as mobile and aleatory forms, often mediating between or among seemingly irreconcilable styles, such as those of Schubert and Webern (Votre Faust), or Pousseur's own serial style and the protest song "We shall overcome" (Couleurs croisées).

His electronic composition Scambi (Exchanges), realized at the Studio di Fonologia in Milan in 1957, is unusual in the tape-music medium because it is explicitly meant to be assembled in different ways before listening. When first created, several different versions were realized, two by Luciano Berio, one by Marc Wilkinson, and two by the composer himself ( Sabbe 1977 , 175n86). Since 2004, the Scambi Project, directed by John Dack at the Lansdown Centre for Electronic Arts at Middlesex University, has focused on this work and its multiple possibilities for realization.

In addition to his compositional and teaching activities, Pousseur published many articles and ten books on music, amongst which are Fragments Théorique I: sur la musique expérimentale (Brussels: Université Libre de Bruxelles, 1970), Schumann le Poète: 25 moments d'une lecture de Dichterliebe (Paris: Klincksieck, 1993), and Musiques croisées (Paris: L'Harmattan, 1997). In 2004, two volumes of his collected writings, selected and edited by Pascal Decroupet, were issued by the Belgian publisher Pierre Mardaga (Pousseur  2004a , 2004b ). He also published the first French translation of the writings of Alban Berg ( Bartholomée 2009 , 68) 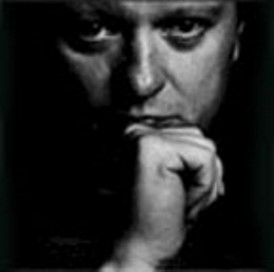 Claude Ledoux is a Belgian composer, born in 1960.

Jean-Claude Éloy is a French composer of instrumental, vocal and electroacoustic music.

Pierre Mariétan is a Swiss composer.

Philippe Capdenat is a French composer and academic teacher. First a mining engineer, he started composing avant-garde music, but turned to chamber music, music for the stage and vocal music, using traditional instruments. He has been a teacher at several French universities and conservatories.

Votre Faust is an opera in two acts by the Belgian composer Henri Pousseur, for five actors, four singers, twelve instrumentalists, and tape. The text is by the French author Michel Butor. Originally written between 1960 and 1968, it was premiered on 15 January 1969 at the Piccola Scala in Milan, and revised in 1981. Although about seven hours of performable material exists, the variable structure does not permit use of it all in a single version, and performances to date have been between three and three-and-a-half hours.

Philippe Leroux is a French composer living in Montréal, Québec, who has been identified as "one of the most important composers in contemporary music."

Frederic D’haene is an avant-garde composer born in Kortrijk (Belgium) in 1961. After completing musicology at Ghent University and KU Leuven, he studied composition at Royal Conservatory of Liège with Frederic Rzewski, Walter Zimmerman, Henri Pousseur and Vinko Globokar. He later worked as assistant of Frederic Rzewski at the Conservatory of Liège (1990–96). He was introduced to Gagaku Music through Tadatoshi Miyagawa and Kanehiko Togi. His own composition technique is called ‘paradoxophony’.