Last updated September 24, 2022
1990 film by Philip Kaufman
This article is about the film based upon the book by Anaïs Nin. For other uses, see Henry and June (disambiguation).

The film was nominated for Best Cinematography at the 63rd Academy Awards.

In 1931 in Paris, France, Anaïs Nin is in a stable relationship with her husband Hugo, but longs for more out of life. When Nin first meets Henry Miller, he is working on his first novel. Nin is drawn to Miller and his wife June, as well as their bohemian lifestyle. Nin becomes involved in the couple's tormented relationship, having an affair with Miller and also pursuing June. Ultimately, Nin helps Miller to publish his novel Tropic of Cancer , but catalyzes the Millers' separation, while she returns to Hugo.

The soundtrack was arranged by Mark Adler, consisting of period popular songs.

The film received mixed reviews from critics. Owen Gleiberman of Entertainment Weekly gave the film a B−, but felt that, "Kaufman, trying to deepen the erotic explorations of Unbearable Lightness, ends up with a triangle movie that’s watchable but also arty and rather stilted. The biggest disappointment of the film is that, after all the ratings brouhaha, it’s not very sexy." [4] Janet Maslin of The New York Times noted the film's efforts to present sex in a more artistic, highbrow manner, remarking, "The film's sex scenes, photographed delicately by Philippe Rousselot and directed with great intensity by Mr. Kaufman, are particularly lofty. These sequences, often tinged with symbolism (a hand playing a guitar juxtaposed with a hand on a woman's breast), tend to be self-consciously bold," but felt the film lacked daring. [5]

The film has a 63% approval rating on review aggregate Rotten Tomatoes based on 24 reviews, with an average rating of 6.1/10. The site's consensus reads, "Henry & June celebrates sensuality and passion, though the portentous filmmaking drags it down by a large degree". [3]

Uma Karuna Thurman is an American actress, producer and fashion model. Prolific in film and television productions encompassing a variety of genres, she had her breakthrough in Dangerous Liaisons (1988), following appearances on the December 1985 and May 1986 covers of British Vogue. Thurman rose to international prominence with her role as Mia Wallace in Quentin Tarantino's Pulp Fiction (1994), for which she was nominated for the Academy Award, the BAFTA Award, and the Golden Globe Award for Best Supporting Actress. Hailed as Tarantino's muse, she reunited with the director to play The Bride in Kill Bill: Volume 1 and 2, which brought her two additional Golden Globe Award nominations. 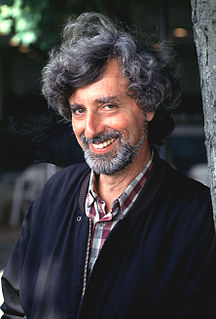 Philip Kaufman is an American film director and screenwriter who has directed fifteen films over a career spanning more than six decades. He has been described as a "maverick" and an "iconoclast," notable for his versatility and independence. He is considered an "auteur" whose films have always expressed his personal vision.

Tape is a 2001 American camcorder drama film directed by Richard Linklater and written by Stephen Belber, based on his play of the same name. It stars Ethan Hawke, Robert Sean Leonard, and Uma Thurman. The entire film takes place in real time.

Europa is a 1991 political drama art film directed by Lars von Trier. It is von Trier's third theatrical feature film and the final film in his Europa trilogy following The Element of Crime (1984) and Epidemic (1987).

Maria Esteves de Medeiros Victorino de Almeida, DamSE, known professionally as Maria de Medeiros, is a Portuguese actress, director, and singer who has been involved in both European and American film productions.

Gridlock'd is a 1997 American black comedy crime film written and directed by Vondie Curtis-Hall and starring Tupac Shakur, Tim Roth, Lucy Liu, and Thandiwe Newton. It was the directorial debut of Curtis-Hall, who also has a small role in the film. The film's opening was relatively low, despite critical acclaim; its opening weekend netted only $2,678,372 and it finished with a little over $5.5 million. 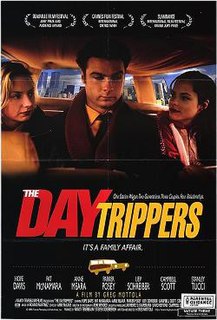 Chelsea Walls is a 2001 independent film directed by Ethan Hawke and released by Lions Gate Entertainment. It is based on the 1990 play Chelsea Walls by Nicole Burdette. It stars Kris Kristofferson, Uma Thurman, Rosario Dawson, Natasha Richardson, Vincent D'Onofrio, and Robert Sean Leonard among others, with original score by Jeff Tweedy of Wilco. The story takes place in the historic Chelsea Hotel in New York City.

This Is My Life is a 1992 American comedy-drama film that marked the directorial debut of screenwriter Nora Ephron. The screenplay, written by Ephron and her sister, Delia Ephron, is based on the book, This Is Your Life, by Meg Wolitzer.

Funny About Love is a 1990 American romantic comedy film directed by Leonard Nimoy and starring Gene Wilder in his first romantic lead. With a screenplay by Norman Steinberg and David Frankel, the film is based on the article "Convention of the Love Goddesses" in Esquire Magazine by Bob Greene. 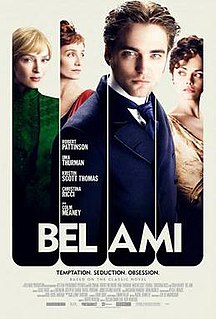 Bel Ami is a 2012 drama film directed by Declan Donnellan and Nick Ormerod and starring Robert Pattinson, Uma Thurman, Kristin Scott Thomas, Christina Ricci and Colm Meaney. The film is based on the 1885 French novel of the same name by Guy de Maupassant. 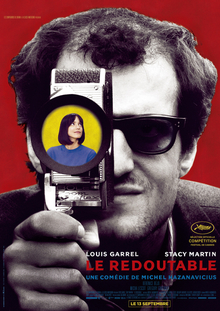 Redoubtable is a 2017 French biographical comedy-drama film written and directed by Michel Hazanavicius about the affair of filmmaker Jean-Luc Godard with Anne Wiazemsky in the late 1960s, during the making of his film La Chinoise (1967). It was selected to compete for the Palme d'Or in the main competition section at the 2017 Cannes Film Festival.

Butter is a 2020 American comedy/drama film directed by Paul A. Kaufman and starring Mira Sorvino, Mykelti Williamson, Brian Van Holt, Ravi Patel, Annabeth Gish and Alex Kersting. It is based on the novel of the same name by Erin Jade Lange.

Anaïs in Love is a 2021 French comedy film directed by Charline Bourgeois-Tacquet. The film was shown in the International Critics' Week section at the 2021 Cannes Film Festival.

Wikiquote has quotations related to Henry & June .
This page is based on this Wikipedia article
Text is available under the CC BY-SA 4.0 license; additional terms may apply.
Images, videos and audio are available under their respective licenses.