Henry Kendall, (28 May 1897 – 9 June 1962) was an English stage and film actor, theatre director and an immaculately stylish revue artiste.

Kendall was born in London in 1897 and educated at the City of London School. He made his first appearance on the stage in September 1914 at the Lyceum Theatre, playing a 'super' in Tommy Atkins. He had a distinguished war career, serving as a Captain in the Royal Flying Corps from 1916 to 1919, and on demobilisation was awarded the Air Force Cross.

He played the leading role of Reggie Ogden in the film The Shadow in 1933, and also starred in Alfred Hitchcock's 'bravest failure', Rich and Strange , US title East of Shanghai (1931). [1]

Kendall dismisses his own cinematic work, perhaps because several of his films were quota quickies, with the remark that he "commenced film career 1931, and has appeared in innumerable pictures". But Halliwell notes that his films included: [2]

As a gifted West End revue artiste he appeared in Charlot's Revue at the Prince of Wales Theatre in 1924 and Charlot's Masquerade at the Cambridge Theatre in 1930. He also enjoyed great success co-starring with Hermione Gingold in the three long-running Sweet and Low revues, with scripts by Alan Melville, first taking over from Walter Crisham in 1944; this was followed in June 1948 by the A la Carte revue at the Savoy Theatre. [3]

But a greater contribution in this field was his appearance with Hermione Baddeley and Hermione Gingold ('The Two Hermiones'), Walter Crisham and Wilfred Hyde-White, in Leslie Julian Jones's revue Rise Above It , first at the Q Theatre in January 1941, when Hedley Briggs was nominally directing; then in two West End editions of the show which ran for a total of 380 performances at the Comedy Theatre opening in June 1941 and again in December 1941, when he was both starring in and directing the show.

As he reports in his autobiography: "Of all forms of theatrical entertainment, revue is the most bitchy. The material is bitchy, the artists are bitchy and, strangely enough, the average revue audience is bitchy. And here I was starring with two acknowledged 'Queens of Revue' [Baddeley and Gingold], faced also with the task of director... call[ing] for every possible ounce of tact and diplomacy. Then came the vexed question of 'billing' — who should take precedence, Baddeley or Gingold (or should I say Gingold or Baddeley)? It was the responsibility of the management to make the decision....Jack de Leon's solution was quite simple: we had two sets of bills and placards, used on alternate weeks throughout the run, which satisfied both the ladies." [4]

In addition to a busy career as an actor and entertainer, he was frequently engaged as a director, notably staging the first productions of See How They Run (Peterborough Rep, tour and Q Theatre 1944; Comedy Theatre 1945), and The Shop at Sly Corner (St Martin's Theatre 1945).

He also directed numerous plays at the Embassy Theatre and Q Theatre. [5]

According to the University of Sheffield Website, Kendall died of a heart attack, in June 1962, at the age of 65. 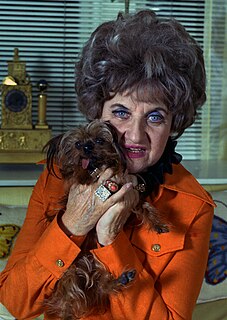 Hermione Ferdinanda Gingold was an English actress known for her sharp-tongued, eccentric persona. Her signature drawling, deep voice was a result of nodules on her vocal cords she developed in the 1920s and early 1930s. 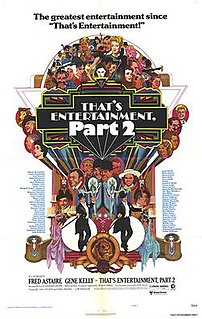 Richard Bird was an English actor and director of stage and screen. Born George, Bird took the stage name Richard Bird after being nicknamed "Dickie" by his theatre colleagues. 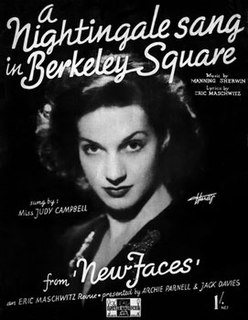 Antoinette Georgina Cookson was a British film, stage and television actress. She died in Sydney, aged 92, on 1 October 2011.