He was born at Providence, Rhode Island. He graduated from Brown University (then called Rhode Island College) in 1802, was admitted to the bar in 1805, and, after two years' study abroad in Poictiers and London, [4] [5] practiced law at Providence (1807-1812) and at New York City (1812-1827). From 1812 to 1815, he edited National Advocate, the organ of the administration party. There he published notable articles on the question of neutral rights in connection with the then-existing war with England. On 26 October 1814, he became division judge advocate of the army. [4] He was a justice of the Marine Court of New York City from 1815 to 1819.

From 1816 to 1827, he edited reports of the Supreme Court, as the third Reporter of Decisions of the Supreme Court of the United States. Aided by Justice Joseph Story, his reports were known for their comprehensive notes and summaries of the arguments presented by each side. However, the volumes were slow in appearing and costly. Wheaton's successor Richard Peters condensed his work, and Wheaton sued him, claiming infringement of his common-law copyright. The Supreme Court rejected his claim in Wheaton v. Peters in 1834, which was the Court's first copyright case.

He was elected a member of the American Antiquarian Society in 1820. [6] He was elected a member of the convention to form a new constitution for New York in 1821, was a member of the New York State Assembly (New York Co.) in 1824, and in 1825 was associated with John Duer and Benjamin F. Butler in a commission to revise the statute law of New York. He also took part in important cases, and was the sole associate of Daniel Webster in that which settled the limits of the state and federal legislation in reference to bankruptcy and insolvency. [4] In 1825, he aided in the revision of the laws of New York.

His diplomatic career began in 1827, with an appointment to Denmark as chargé d'affaires . He served until 1835, displaying skill in the settlement of the sound dues that were imposed by Denmark on the vessels of all countries, and obtained modifications of the quarantine regulations. He was noted for his research into the Scandinavian language and literature, and was elected a member of Scandinavian and Icelandic societies. [4]

In 1835 he was appointed minister to Prussia, being promoted to minister plenipotentiary in 1837. He soon received full power to conclude a treaty with the Zollverein, which he pursued for the next six years. On 25 March 1844, he signed a treaty with Germany, for which he received high commendation from President Tyler and John C. Calhoun, the secretary of state. This was rejected by the U.S. Senate but served as the basis for subsequent treaties. He was made a corresponding member of the French Institute in 1843, and a member of the Royal Academy of Berlin in 1846. [4]

Other issues Wheaton dealt with during his diplomatic career were Scheldt dues, the tolls on the Elbe, and the rights of naturalized citizens. [5] In 1846 Wheaton was requested to resign as Prussian minister by the new president, Polk, who needed his place for another appointment. The request provoked general condemnation, but Wheaton resigned and returned to the United States.

He was called at once to Harvard Law School as lecturer on international law, but illness prevented his acceptance. [4] He died at Dorchester, Massachusetts, on 11 March 1848.

Wheaton's general theory is that international law consists of "those rules of conduct which reason deduces, as consonant to justice, from the nature of the society existing among independent nations, with such definitions and modifications as may be established by general consent." [2]

Wheaton translated the Code of Napoleon , but the manuscript was destroyed by fire. He also contributed numerous political, historical, and literary articles to the North American Review and other periodicals.

Edward Livingston was an American jurist and statesman. He was an influential figure in the drafting of the Louisiana Civil Code of 1825, a civil code based largely on the Napoleonic Code. Livingston represented both New York and then Louisiana in Congress and served as the U.S. Secretary of State from 1831 to 1833.

Dieu et mon droit, meaning "God and my right", is the motto of the Monarch of the United Kingdom outside Scotland. It appears on a scroll beneath the shield of the version of the coat of arms of the United Kingdom. The motto is said to have first been used by Richard I (1157–1199) as a battle cry and presumed to be a reference to his French ancestry and the concept of the divine right of the Monarch to govern. It was adopted as the royal motto of England by King Henry V (1386–1422) with the phrase "and my right" referring to his claim by descent to the French crown. 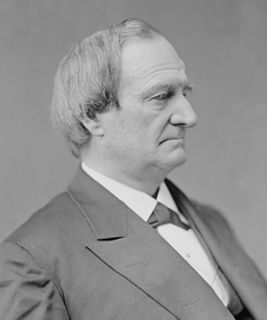 Alphonso Taft was an American jurist, diplomat, politician, Attorney General and Secretary of War under President Ulysses S. Grant. He was also the founder of an American political dynasty, and father of President and Chief Justice William Howard Taft.

William Pinkney was an American statesman and diplomat, and was appointed the seventh U.S. Attorney General by President James Madison. 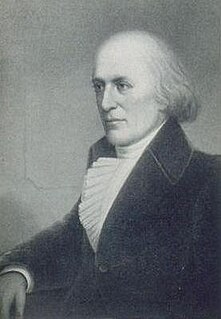 Francis Dana was an American lawyer, jurist, and statesman from Massachusetts. He served as a delegate to the Continental Congress in 1777–1778 and 1784. He signed the Articles of Confederation. His wife Elizabeth was a daughter of Ann Remington and William Ellery, a signer of the Declaration of Independence. He was also the father-in-law of Washington Allston, a noted painter and poet.

Wheaton v. Peters, 33 U.S. 591 (1834), was the first United States Supreme Court ruling on copyright. The case upheld the power of Congress to make a grant of copyright protection subject to conditions and rejected the doctrine of a common law copyright in published works. The Court also declared that there could be no copyright in the Court's own judicial decisions.

Emer (Emmerich) de Vattel was an international lawyer. He was born in Couvet in Neuchâtel in 1714 and died in 1767. He was largely influenced by Dutch jurist Hugo Grotius. He is most famous for his 1758 work The Law of Nations. This work was his claim to fame and won him enough prestige to be appointed as a councilor to the court of Frederick Augustus II of Saxony.

William Beach Lawrence was an American politician and jurist who served as lieutenant governor of Rhode Island from 1851 to 1852 under Governor Philip Allen.

William Alexander Parsons Martin, also known as Ding Weiliang, was an American Presbyterian missionary to China and translator, famous for having translated a number of important Western treatises into Chinese, such as Henry Wheaton's Elements of International Law. 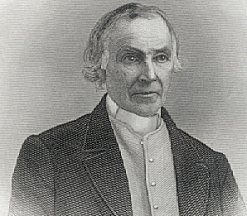 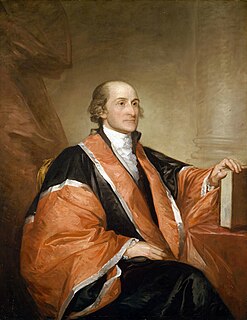 John Jay was an American statesman, patriot, diplomat, Founding Father of the United States, abolitionist, negotiator and signatory of the Treaty of Paris of 1783, second Governor of New York, and the first Chief Justice of the United States (1789–1795). He directed U.S. foreign policy for much of the 1780s and was an important leader of the Federalist Party after the ratification of the United States Constitution in 1788. 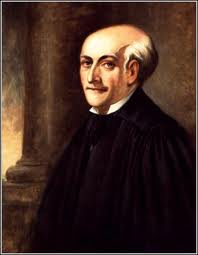 Henry Brockholst Livingston was an American Revolutionary War officer, a justice of the New York Court of Appeals and eventually an Associate Justice of the Supreme Court of the United States.

Bushrod Washington was an attorney and politician who served as Associate Justice of the Supreme Court of the United States from 1798 to 1829. On the Supreme Court, he was a staunch ally of Chief Justice John Marshall. Washington was also a co-founder and the president of the American Colonization Society, which intended to promote emigration of freed slaves and free blacks to Africa. The nephew of American founding father and President George Washington, he inherited his uncle's papers and Mount Vernon, taking possession in 1802 after the death of Martha Washington, his uncle's widow. 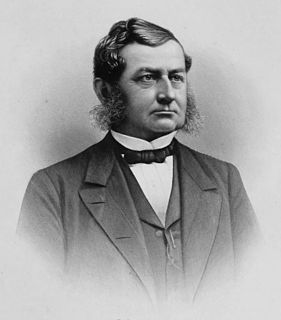 Stephen Henry Phillips was an American lawyer who served as the Attorney General of Massachusetts and the Kingdom of Hawaii and as the Minister of Foreign Affairs and on King Kamehameha V's Privy Council.

William Little Lee was an American lawyer who became the first Chief Justice of the Supreme Court for the Kingdom of Hawaii.

Elements of International Law, first published in 1836, is a book on international law by Henry Wheaton which has long been influential.

Jean Rousset de Missy was a French Huguenot writer, from early in life in the Netherlands. He was a renowned historian and author on international law and a prolific journalist. Born in Laon from Protestant parents, he studied at the Collège du Plessis in Paris. After a conflict with his stepmother he joined the Dutch States Army during the War of the Spanish Succession and was present at the Battle of Malplaquet (1709). In 1724, he started his activities as a professional journalist.

The Treaties of Roskilde of 18 and 22 November 1568 were peace treaties between the kingdoms of Denmark-Norway and the allied Free and Hanseatic City of Lübeck on one side, and the Swedish kingdom on the other side, supposed to end the Northern Seven Years' War after the de facto succession of the later king John III of Sweden. Negotiated on John's initiative, he refused ratification, viewing the concessions his envoys made in Roskilde as too far-reaching. Most notably these concessions included Swedish obligations to pay Denmark her war costs and to cede Swedish Estonia. Thus, the war dragged on until it was concluded by the Treaty of Stettin (1570).