Herbert Henry Davis Peirce was born in Cambridge,Massachusetts,on May 11,1849,the son of Benjamin Peirce and his wife Sarah,who was a daughter of Elijah H. Mills. He was educated at Harvard College,graduating in 1871. He later studied at the Royal School of Mines in London.

In 1894,Peirce joined the United States Legation in Saint Petersburg as First Secretary,and occasionally acting as Chargéd'affaires . In this capacity,he attended the coronation of Nicholas II of Russia in 1896.

In 1901,president Theodore Roosevelt named Peirce to be Third Assistant Secretary of State and Peirce held this office from November 16,1901,until June 22,1906. In this capacity,he made arrangements for the 1905 conference in Portsmouth,New Hampshire,between the Russian Empire and the Empire of Japan at the end of the Russo-Japanese War that resulted in the Treaty of Portsmouth.

President then named Peirce U.S. Minister to Norway. Ambassador Peirce presented his credentials on August 13,1906,and served there until May 30,1911.

Peirce retired from the Diplomatic Corps in 1912. He then served as counsel to the United States in American and British claims arbitration. 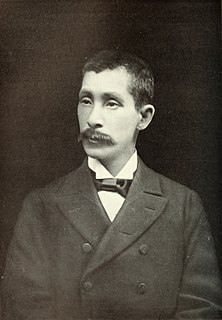 Marquess Komura Jutarō, was a Japanese statesman and diplomat.

Sir Cecil Arthur Spring Rice,was a British diplomat who served as British Ambassador to the United States from 1912 to 1918,as which he was responsible for the organisation of British efforts to end American neutrality during the First World War.

ViscountIshii Kikujirō,was a Japanese diplomat and cabinet minister in Meiji,Taishōand early Shōwa period Japan. He served as Minister for Foreign Affairs of the Empire of Japan between 1915 and 1916.

Joseph Clark Grew was an American career diplomat and Foreign Service officer. He is best known as the ambassador to Japan from 1932 to 1941 and as a high official in the State Department in Washington from 1944 to 1945. He opposed American hardliners,sought to avoid war,and helped to ensure the soft Japanese surrender in 1945 that enabled a peaceful American occupation of Japan after the war.

Baron Takahira Kogorō was a Japanese diplomat and ambassador to the United States from 1900 to 1909.

Robert Sanderson McCormick was an American diplomat. Born in rural Virginia,he was part of the extended McCormick family that became influential in Chicago.

Baron Roman Romanovich Rosen was a diplomat in the service of the Russian Empire.

Sir Arthur Herbert Drummond Ramsay Steel-Maitland,1st Baronet was a British Conservative politician. He was the first Chairman of the Conservative Party from 1911 to 1916 and held junior office from 1915 to 1919 in David Lloyd George's coalition government. From 1924 to 1929 he was Minister of Labour under Stanley Baldwin,with a seat in the cabinet.

Norman Armour was a career United States diplomat whom The New York Times once called "the perfect diplomat". In his long career spanning both World Wars,he served as Chief of Mission in eight countries,as Assistant Secretary of State for Political Affairs,and married into Russian nobility. He was the United States Ambassador to Canada.

The Davis family is an Irish American and British American family,prominent in American politics and government. Their political involvement has revolved around the Whig Party,the Federalist Party,and the Republican Party. Harvard and Yale educations have been frequent among them,and most had gone further on to law school. Some were in clubs at these schools such as the Fox Club at Harvard and has one of the founding members of the Skull and Dagger secret society at Yale and Harvard.

MineichirōAdachi was a Japanese legal expert and President of the Permanent Court of International Justice at the Hague from 1931 until 1934. 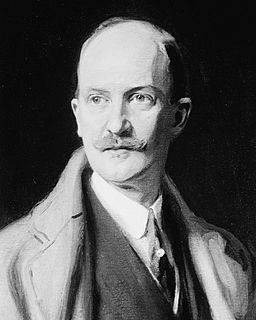 Sir John Anthony Cecil Tilley was a British diplomat. He was British Ambassador to Brazil from 1921 to 1925,and Ambassador to Japan from 1926 to 1931.

Francis Mairs Huntington Wilson was a United States diplomat and author who served as United States Assistant Secretary of State from 1909 to 1913.

After 1780,the United States began relations with North African countries and with the Ottoman Empire.