Karl Hermann Konrad Burmeister (15 January 1807 – 2 May 1892) was a German Argentine zoologist, entomologist, herpetologist, and botanist. He was born in Stralsund and died in Buenos Aires. A brief biography, with particular reference to his work on phasmids was published by Bragg in 2007. [1]

He studied medicine at Greifswald and Halle, and in 1830 went to Berlin to qualify himself to be a teacher of natural history. He was soon after appointed an instructor in the gymnasium at Cologne. [2] He later became a professor of zoology at the Martin Luther University of Halle-Wittenberg from 1837 to 1861. In 1848, during the revolutionary excitement, he was sent by the city of Halle as deputy to the national assembly, and subsequently by the town of Leibnitz to the first Prussian chamber. [3] He traveled to Brazil from 1850 to 1852 and Argentina from 1857 to 1860, returning to Germany with zoological collections. In 1861 he went to live in Argentina, founding the Institute at the Museo Nacional in Buenos Aires. He also headed the Academy of Sciences, formed from the scientific faculty of Argentina's National University of Córdoba. [3]

In the field of herpetology he described many new species of amphibians [4] and reptiles. [5]

Burmeister was a critic of Darwinism, he rejected common descent. [6] However, he changed his views slightly on common descent in the late 1870s. In 1879 he commented that:

I am wholly convinced that the beings found in the older formations of our globe are the prototypes of contemporary beings, and in this respect, I declare myself a partisan of the hypothesis recently developed in detail, and as a natural law, by Darwin and his followers. But I must confess that their experiments have not provided me with any proof that any fundamental change in type is possible. [6]

Florentino Ameghino described Burmeister as a "Biblical creationist", although this remains unconfirmed. [6]

The standard author abbreviation Burmeist. is used to indicate this person as the author when citing a botanical name. [7]

Johann Gottlob Theaenus Schneider was a German classicist and naturalist.

Johann Matthäus Bechstein was a German naturalist, forester, ornithologist, entomologist, and herpetologist. In Great Britain, he was known for his treatise on singing birds.

Dr Wilhelm Ferdinand Erichson was a trained medical doctor and a German entomologist. 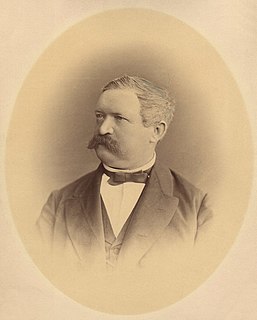 Christoph Gottfried Andreas Giebel was a German zoologist and palaeontologist. He was a professor of zoology at the University of Halle where he managed the zoology collections at the museum. His interests were in systematics and paleontology and he opposed Darwinian evolution. He published several works including Palaozoologie (1846); Fauna der Vorwelt (1847-1856); Deutschlands Petrefacten (1852); Odontographie (1855); Lehrbuch der Zoologie (1857); and Thesaurus ornithologiae (1872-1877).

Christian Ludwig Nitzsch was a German zoologist. He is best remembered for his approach to classifying birds on the basis of their feather tract distributions or pterylosis of their young.

Ernst Friedrich Germar was a German professor and director of the Mineralogical Museum at Halle. As well as being a mineralogist he was interested in entomology and particularly in the Coleoptera and Hemiptera. He monographed the heteropteran family Scutelleridae.

Hermann Julius Kolbe was a German entomologist from Halle, Westphalia. He was curator at the Berlin Zoological Museum from 1890 until 1921 specialising in Coleoptera, Psocoptera and the “Neuroptera”. He died in Berlin-Lichterfelde.

The Bernardino Rivadavia Natural Sciences Argentine Museum is a public museum located in the Caballito section of Buenos Aires, Argentina.

Luis Jorge Fontana was an Argentine military officer, explorer, geographer, writer, and politician. He was the first governor of the national territory of Chubut and founder of the city of Formosa.

Carlos Berg or Friedrich Wilhelm Karl Berg was an Argentinian naturalist and entomologist of Latvian and Baltic German origin.

Harald Holz is a German philosopher, logician, mathematician (autodidact), poet and novelist. The focal point of his work was and is the development of a philosophy of great sincerity.

August Ahrens was a German entomologist who specialised in Coleoptera.

August Arthur Petry was a German botanist and entomologist specialising in Microlepidoptera. He was a teacher of philology at the Gymasium in Nordhausen. August Petry was a Member of the Stettin Entomological Society.Ottmar Hofmann honoured his name in Caryocolum petryi. His collections are, in part, held by the Natural History Museum of Erfurt.

TheodosiusGottlieb von Scheven was a pastor and German entomologist who specialised in Lepidoptera and Hymenoptera. 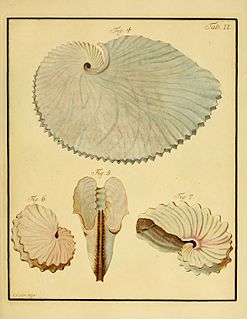 Johann Dominikus Schultze was a German doctor and natural scientist.