Hervé Moulin FRSE FBA (born 1950 in Paris) is a French mathematician who is the Donald J. Robertson Chair of Economics at the Adam Smith Business School at the University of Glasgow. [1] He is known for his research contributions in mathematical economics, in particular in the fields of mechanism design, social choice, game theory and fair division. [2] [3] [4] He has written five books and over 100 peer-reviewed articles. [5] [6] [7]

Moulin's research has been supported in part by seven grants from the US National Science Foundation. [15] He collaborates as an adviser with the fair division website Spliddit, created by Ariel Procaccia. [16] On the occasion of his 65th birthday, the Paris School of Economics and the Aix-Marseille University organised a conference in his honor, with Peyton Young, William Thomson, Salvador Barbera, and Moulin himself among the speakers. [17]

Moulin obtained his undergraduate degree from the Ecole Normale Superieure in Paris in 1971 [18] and his doctoral degree in Mathematics at the University of Paris in 1975 [19] with a thesis on zero-sum games, which was published in French at the Mémoires de la Société Mathématique de France [20] and in English in the Journal of Mathematical Analysis and its Applications. [21]

On 1979, he published a seminal paper in Econometrica introducing the notion of dominance solvable games. [22] Dominance solvability is a solution concept for games which is based on an iterated procedure of deletion of dominated strategies by all participants. Dominance solvability is a stronger concept than Nash equilibrium because it does not require ex-ante coordination. Its only requirement is iterated common knowledge of rationality. His work on this concept was mentioned in Eric Maskin's Nobel Prize Lecture. [23]

One year later he proved an interesting result concerning the famous Gibbard-Satterthwaite Theorem, [24] which states that any voting procedure on the universal domain of preferences whose range contains more than two alternatives is either dictatorial or manipulable. Moulin proved that it is possible to define non-dictatorial and non-manipulable social choice functions in the restricted domain of single-peaked preferences, i.e. those in which there is a unique best option, and other options are better as they are closer to the favorite one. Moreover, he provided a characterization of such rules. [25] This paper inspired a whole literature on achieving strategy-proofness and fairness (even in a weak form as non-dictatorial schemes) on restricted domains of preferences. [26] [27]

Moulin is also known for his seminal work in cost sharing [4] [28] [29] and assignment problems. [30] [31] In particular, jointly with Anna Bogomolnaia, he proposed the probabilistic-serial procedure as a solution to the fair random assignment problem, which consists of dividing several goods among a number of persons. Probabilistic serial allows each person to "eat" her favorite shares, hence defining a probabilistic outcome. It always produces an outcome which is unambiguously efficient ex-ante, and thus has a strong claim over the popular random priority. The paper was published in 2001 in the Journal of Economic Theory. By summer of 2016, the article had 395 citations. [32]

He has been credited as the first proposer of the famous beauty contest game, also known as the guessing game, which shows that players fail to anticipate strategic behavior from other players. Experiments testing the equilibrium prediction of this game started the field of experimental economics. [33]

Moulin has published work jointly with Matthew O. Jackson, [35] Scott Shenker, [36] and Anna Bogomolnaia, [37] among many other academics.

Jacob Marschak was an American economist, known as "the Father of Econometrics".

Esfandiar Maasoumi is an econometrician and an economist. He is a Distinguished Professor at Emory University. He received his bachelor's degree, and masters, and PhD from the London School of Economics in 1977. He is fellow of the Royal Statistical Society, a Fellow of the American Statistical Association, and a fellow of the Journal of Econometrics. He is ranked in the Econometricians Hall of Fame. Maasoumi has served as Editor of Econometric Reviews since 1987. He has influential contributions in forecasting, specification analysis, information theory, multidimensional welfare/wellbeing, mobility and inequality. He has published more than 100 articles and reviews in the leading journals in economics. 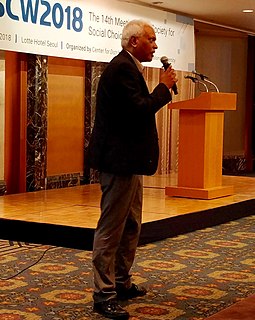 Matthew Owen Jackson is the William D. Eberle Professor of Economics at Stanford University, an external faculty member of the Santa Fe Institute, and a fellow of CIFAR. He received his Ph.D. from Stanford University in 1988. Jackson has been honored with the Social Choice and Welfare Prize, the B.E.Press Arrow Prize for Senior Economists, and a Guggenheim Fellowship. He has served as co-editor of Games and Economic Behavior, the Review of Economic Design, and Econometrica. Jackson co-teaches a popular game theory course on Coursera.org, along with Kevin Leyton-Brown and Yoav Shoham. 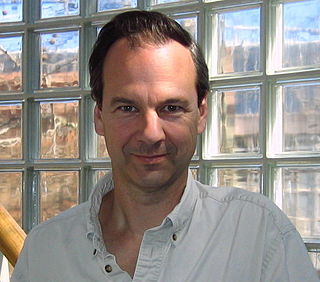 Resource monotonicity is a principle of fair division. It says that, if there are more resources to share, then all agents should be weakly better off; no agent should lose from the increase in resources. The RM principle has been studied in various division problems.

Fuhito Kojima is a Japanese economist. He is a full professor at the Stanford University.

Michihiro Kandori is a Japanese economist. He is a professor at the University of Tokyo.