Hezekiél Sello Sepeng (born 30 June 1974), [1] is a South African middle distance runner who won silver in the Olympic 800 metres final in Atlanta 1996 (behind Vebjørn Rodal), [2] the 1998 Commonwealth Games (behind Japheth Kimutai) and the World Championships' final in Seville 1999 (behind Wilson Kipketer). He was banned from competition from May 2005 to May 2007 after a positive doping test for nandrolone. [3] [4]

He was born in Potchefstroom and educated at Potchefstroom Boys High, where he was in the same class as South African boxer Sean Santana and the Zimbabwean mountain biker Warren Carne.

South Africa competed at the 2004 Summer Olympics in Athens, Greece, from 13 to 29 August 2004. This was the nation's sixteenth overall and fourth consecutive appearance at the Summer Olympics in the post-apartheid era. The South African Sports Confederation and Olympic Committee (SASCOC) sent a total of 106 athletes to the Games, 66 men and 40 women, to compete in 19 sports. Field hockey was the only team-based sport in which South Africa had its representation at these Games. There was only a single competitor in archery, canoeing, diving, artistic and rhythmic gymnastics, judo, sailing, shooting, taekwondo, and wrestling.

The following lists events that happened during 1974 in South Africa. 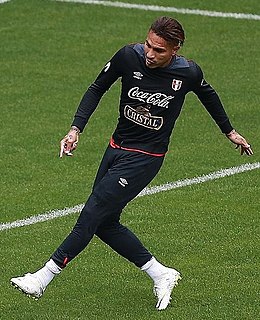 José Paolo Guerrero Gonzales is a Peruvian footballer who plays as a striker for Brazilian club Internacional and the Peru national team. 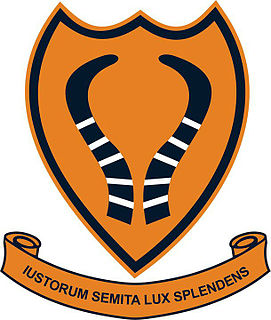 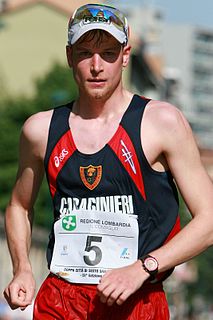 Alex Schwazer, OMRI, is an Italian race walker. He was the Olympic 50k walk champion but retired during the 2012 Olympics after being disqualified for doping offences. 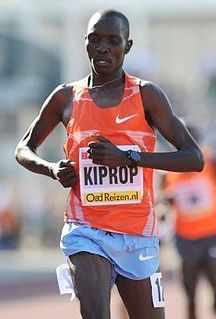 Sean Santana is a South African boxer. He was educated at Potchefstroom Boys High and graduated in 1994, he was in the same high school class as Zimbabwean cyclist Warren Carne and the South African 800m Atlanta Olympic Silver medalist Hezekiél Sepeng. 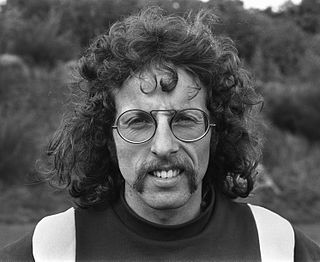 Josephus ("Jos") Maria Melchior Hermens is a former Dutch long-distance runner. Subsequently, he also became well-known for his later career as a sports manager as the founder and CEO of Global Sports Communication, which manages many Olympian athletes.

Sun Yang is a Chinese Olympic and world-record-holding competitive swimmer. In 2012, Sun became the first Chinese man to win an Olympic gold medal in swimming. Sun is the first male swimmer in history to earn Olympic and World Championship gold medals at every freestyle distance between 200 and 1500 metres. A three-time Olympic gold medallist and eleven-time world champion, he is the most decorated Chinese swimmer in history. In 2017, NBC Sports described him as "arguably the greatest freestyle swimmer of all time". 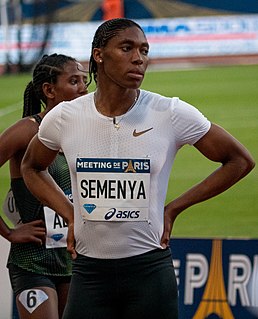 Larbi Bourrada is an Algerian decathlon athlete. He is the four-time African champion and the African record holder in the event. He has also competed in the pole vault, winning the All-Africa Games title in 2011 and two silver medals at the African Championships. In 2012 his doping sample at s competition came back positive for the banned steroid Stanozolol, and he was given a two-year ban from athletics.

Sergey Morozov is a Russian race walker who competes in the 20 kilometres walk. He was the 2005 World Youth and 2007 European Junior champion in the 10,000 m walk, then walked a world's fastest time of 1:16:43 hours to win the 2008 Russian 20 km title. He was banned that year after testing positive for EPO.

Andries Petrus van der Walt born in Kimberley, South Africa is an Aurillacrugby union player in the Rugby Pro D2. His regular position is lock, but has occasionally played as a flanker. 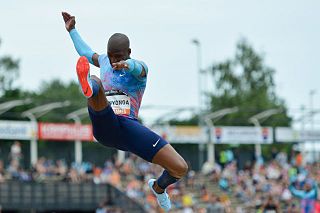 Luvo Manyonga is a South African track and field athlete who specialises in the long jump. He won the 2017 World Championship in London and the 2018 Commonwealth Games title in the Gold Coast, Australia. He was the Olympic silver medallist in 2016 in Rio de Janeiro.