Stations in brackets () are stations where not all Hida services stop at.

The section of the route between Inotani to Toyama and Maibara to Ōsaka is operated by JR West.

There are one or more universal access toilets, as well as normal toilets, depending on how many carriages are being used for the service. There are also wheelchair spaces. Onboard catering services ceased on 16 March 2013. There is a vending machine onboard, which provides a small selection of drinks. Complimentary WiFi is also available.

The service is known for its window that wraps around the cockpit offering un-interrupted views of the tracks in front of or behind the train; hence, a longer name for this service is Wide View Hida as is the case for other JR Central limited express services. Passengers who wish to take a panorama seat will have to pay an additional fare above basic fare and limited express fare (whether it is standard reserved/non-reserved or Green class) and require the seat specifically. [3]

New HC85 series hybrid trains are planned to be introduced on the service in 2022. 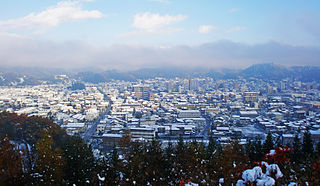 Takayama is a city located in Gifu, Japan. As of 1 January 2019, the city had an estimated population of 88,473 in 35,644 households, and a population density of 41 persons per km2. The total area of the city was 2,177.61 square kilometres (840.78 sq mi) making it the largest city by area in Japan. The high altitude and separation from other areas of Japan kept the area fairly isolated, allowing Takayama to develop its own culture over about a 300-year period. 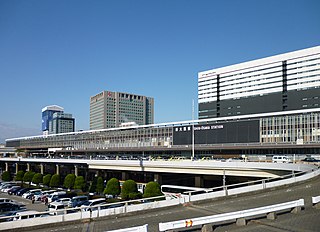 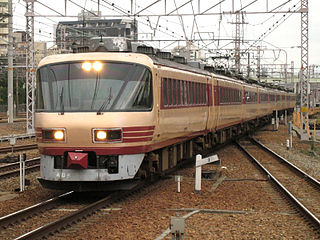 The Raichō (雷鳥) was a limited express train operated by the West Japan Railway Company between Osaka and Kanazawa in Japan until March 2011, using portions of the Tōkaidō Main Line, Kosei Line, and Hokuriku Main Line. 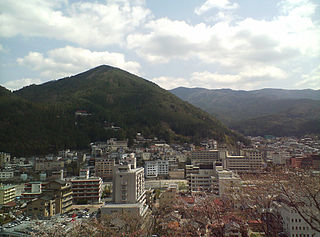 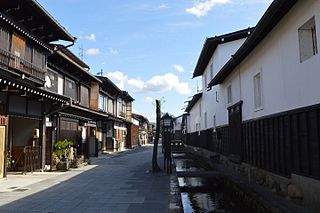 Hida is a city located in Gifu, Japan. As of 1 December 2017, the city had an estimated population of 24,726, and a population density of 31 persons per km2, in 8,905 households. The total area of the city was 792.53 square kilometres (306.00 sq mi). The official kanji for the city is actually 飛驒, which uses the old (kyūjitai) rendering of the 騨 character. However, the 驒 character is not included on the official list of usable characters, so the 騨 character is often used outside of the city. 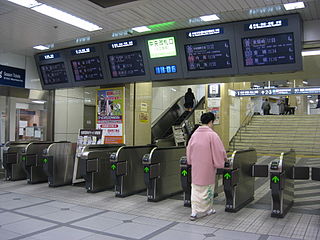 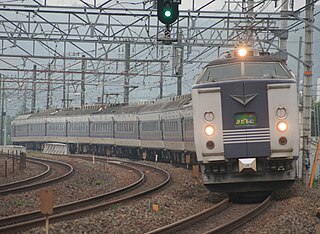 Osaka was a town located in Mashita District, Gifu Prefecture, Japan. It had an area of 247.50 km². 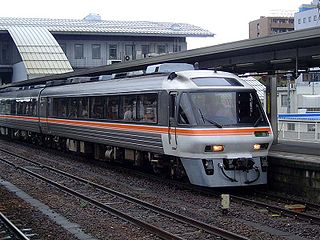 The Takayama Main Line is a Japanese railway line between Gifu Station in Gifu and Toyama Station in Toyama, operated by Central Japan Railway Company and West Japan Railway Company. The line directly links the Chūkyō Metropolitan Area and Hokuriku region in a shorter distance, but with a longer travel time, than by using the combination of the Tōkaidō Shinkansen and Hokuriku Main Line. Now the line primarily functions as a way to access the scenic areas of Hida, in the rugged mountains of northern Gifu Prefecture, such as Gero onsen, Takayama, Shirakawa-gō, and the Kiso River. The first section of the line, between Gifu and Kagamigahara, opened in 1920. The whole line was completed in 1934.

National Route 41 is a national highway connecting Nagoya, Aichi Prefecture, and Toyama, Toyama Prefecture, Japan. The bulk of the road run throughs Gifu Prefecture. The route is also referred to as Yon-ichi and Shippin, based on the Japanese readings for the route numbering. 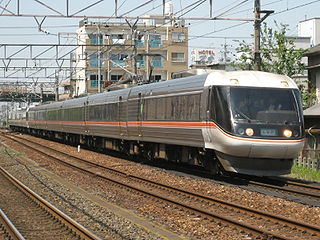 Hida-Kanayama Station is a railway station on the Takayama Main Line in the city of Gero, Gifu Prefecture, Japan, operated by Central Japan Railway Company.

Gero Station is a railway station on the Takayama Main Line in the city of Gero, Gifu Prefecture, Japan, operated by Central Japan Railway Company. 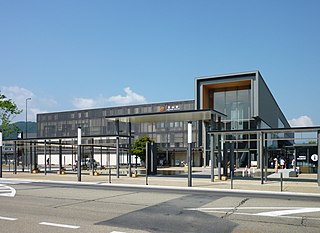 Takayama Station is a railway station on the Takayama Main Line in the city of Takayama, Gifu Prefecture, Japan, operated by Central Japan Railway Company.

Hida-Furukawa Station is a railway station on the Takayama Main Line in the city of Hida, Gifu Prefecture, Japan, operated by Central Japan Railway Company. 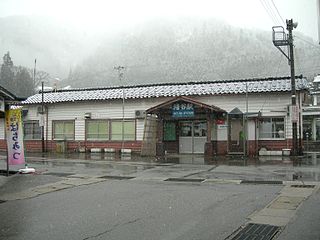