Hideo Sasaki was born in Reedley, California, on 25 November 1919. He grew up working on his family's California truck farm, and harvesting crops on Arizona farms. He began his college studies at the University of California, Berkeley during the time of World War II. Owing to his Japanese descent, he was forced into the Poston internment camp in Arizona. [1] He was able to leave the camp upon volunteering to work as a farm hand in Sterling, Colorado. Soon after the war, he moved to Denver, Colorado where he met his wife, Kisa, a graduate of the University of Colorado. Sasaki then moved to the University of Illinois where he received Bachelor of Fine Arts and Landscape Architecture in 1946. In 1948 he graduated with a Master of Landscape Architecture from Harvard Design School. After graduation he returned to Illinois where he instructed for two years. For the next eighteen years (1953-1970) he became a professor and the chairman of the department of Landscape Architecture of the Harvard Graduate School of Design. [2] In 1953, he founded Sasaki Associates, incorporated in nearby Watertown, Massachusetts, where he was the president and chairman until 1980. He led the company's architects and planners in developing many noted commercial areas and corporate parks. [3] In 1956 he worked on the design of the Havana Plan Piloto with Mario Romañach and the Catalan architect Josep Lluís Sert.

During his later years he lived with his family (wife and two daughters, Rin and Ann) in Lafayette, California. He died on 30 August 2000 in a hospital in Walnut Creek, California. [4]

Sasaki helped to modernize the concepts of Landscape Architecture. He created a practical approach to designing a landscape. In his works, several characteristics are taken into account, such as the historical, cultural, environmental, and social use of the land. Sasaki became famous for developing this concept of interdisciplinary planning. In all of the sites that he developed, a balance is implemented into the design. One aspect that Sasaki Associates pays particular attention to is the environmental aspect of the land. They have taken part in creating several "green designs." These designs are created to enhance or maintain the health of the environment. Some prominent examples can be viewed at the Utah State University Innovation Campus, The Virginia Biosphere, Walden Woods, and the Manulife Financial U.S. Operations Headquarters. Another facet of Sasaki's approach was the modernism that he worked into his college campus projects.

Eamonn Kevin Roche was an Irish-born American Pritzker Prize-winning architect. He was responsible for the design/master planning for over 200 built projects in both the U.S. and abroad. These projects include eight museums, 38 corporate headquarters, seven research facilities, performing arts centers, theaters, and campus buildings for six universities. In 1967 he created the master plan for the Metropolitan Museum of Art, and henceforth designed all of the new wings and installation of many collections including the recently reopened American and Islamic wings.

George Hargreaves is a landscape architect. Under his design direction, the work of his firm has received numerous national awards and has been published and exhibited nationally and internationally. He was an artist in residence at the American Academy of Rome in 2009. Hargreaves and his firm designed numerous sites including the master plan for the Sydney 2000 Olympics, The Brightwater Waste Water Treatment Facility in Seattle, Washington, and University of Cincinnati Master Plan.

The Master of Architecture is a professional degree in architecture, qualifying the graduate to move through the various stages of professional accreditation that result in receiving a license. 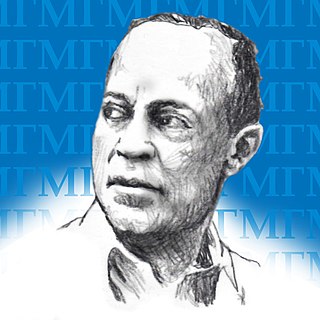 Thomas Dolliver Church, also known as Tommy, was a renowned and innovative 20th century landscape architect based in California. He is a nationally recognized as one of the pioneer landscape designers of Modernism in garden landscape design known as the 'California Style'. His design studio was in San Francisco from 1933 to 1977. 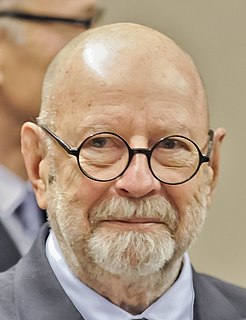 Peter Walker is an American landscape architect and the founder of PWP Landscape Architecture.

William Wilson Wurster was an American architect and architectural teacher at the University of California, Berkeley, and at the Massachusetts Institute of Technology, best known for his residential designs in California. 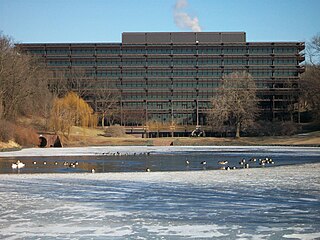 Joe A. Porter is a professional landscape architect and Fellow of the American Society of Landscape Architects. Porter has worked with new community, natural resource, and resort developers to advance the art of community development through design. In 1969 Porter co-founded Design Workshop, a firm practising landscape architecture, land planning, urban design and tourism planning. He is an adjunct professor in the graduate program in landscape architecture at the University of Colorado and frequently speaks at conferences and universities on community development and sustainability issues.

Alan B. Ford, FAIA, is an American architect and author best known for his work on K-12 sustainable schools.

Philip Goodwin Freelon was an American architect. He was best known for leading the design team of the Smithsonian Institution's National Museum of African American History and Culture.

Matthew Louis Urbanski is an American landscape architect. He has planned and designed landscapes in the United States, Canada, and France, including waterfronts, parks, college campuses, sculpture gardens, and private gardens. Collaborating with Michael Van Valkenburgh, he was a lead designer of many projects in the Northeastern United States, including Brooklyn Bridge Park, Alumnae Valley at Wellesley College, Allegheny Riverfront Park, and Teardrop Park. In addition to his work as a designer, Urbanski is a co-owner of a native plants nursery in New Jersey.

Lewis James Clarke was born in Carlton, Nottinghamshire, England. He is a landscape architect of the Modernist period. Clarke was one of Dean Henry L. Kamphoefner's early faculty members at the North Carolina State University School of Design, and has been recognised as the founder of several fields of study one of which was the introduction of ecological principles into the field of landscape architecture.

William B. Callaway, FASLA was an American landscape architect with SWA Group, recognized for his ability to design landscapes that are timeless. Peter Walker, designer of the World Trade Center Memorial and a long-time colleague, described Callaway as being "among the icons of post-World War II practice", developing his modern style by consistently staying true to the natural character of the landscape.

Sasaki is an design firm specializing in Architecture, Interior Design, Planning and Urban Design, Space Planning, Landscape Architecture, Ecology, Civil Engineering, and Place Branding. The firm is headquartered in Watertown, Massachusetts, but practices at an international scale, with offices in Shanghai, and Denver, Colorado, and clients and projects globally.

Herbert R. Schaal is an American landscape architect, educator, and firm leader notable for the broad range and diversity of his projects, including regional studies, national parks, corporate and university campuses, site planning, botanical gardens, downtowns, highways, cemeteries, and public and private gardens. Schaal is one of the first landscape architects to design children's gardens, beginning in the 1990s with Gateway Elementary, Gateway Middle, and Gateway Michael Elementary school grounds in St. Louis, Missouri, the Hershey Children's Garden at the Cleveland Botanical Gardens, and Red Butte Garden and Arboretum.