Hieronymus Praetorius (10 August 1560 – 27 January 1629) was a north German composer and organist of the late Renaissance and very early Baroque eras. He was not related to the much more famous Michael Praetorius, though the Praetorius family had many distinguished musicians throughout the 16th and 17th centuries.

He was born in Hamburg, and spent most of his life there. Praetorius studied organ early with his father (Jacob Praetorius, the elder (1520-1586), also a composer), afterwards going to Cologne for further study. In 1580 he became organist in Erfurt, but only remained there two years, returning to Hamburg in 1582. Back in Hamburg he worked with his father as assistant organist at St. Jacobi, becoming principal organist in 1586 when his father died. His son, Jacob, was born that same year, and was also destined to become a composer.

In 1596 he went to Gröningen where he met Michael Praetorius and Hans Leo Hassler; presumably he became acquainted with their music, and through them the music of the contemporary Italian Venetian School, at this time.

He remained in Hamburg as organist at St. Jacobi until his death.

Praetorius wrote masses, ten settings of the Magnificat, and numerous motets, mostly in Latin. Most of his music is in the Venetian polychoral style, which uses numerous voices divided into several groups. These compositions are the first to be written in north Germany in the progressive Venetian style. Choir sizes range from 8 to 20, with the voices divided into two, three or four groups, and he must have had well-trained and sophisticated musicians at his disposal, considering both the amount and the difficulty of music he wrote for these ensembles.

While progressive in writing in the Venetian style, he was conservative in using Latin and avoiding the basso continuo, which was eagerly adopted by many other contemporary German composers. Most of his vocal music is a cappella .

Praetorius was also the first composer to compile a collection of four-part German chorales with organ accompaniment, a sound which was to become a standard in Protestant churches for several centuries. The music in the collection was compiled from four churches in Hamburg; 21 of the 88 settings are of his own composition.

Some of his organ compositions survive, including nine settings of the Magnificat, which are in a highly contrapuntal cantus firmus style. In addition to these settings, numerous anonymous pieces in north German collections of the time are now attributed with reasonable certainty to Hieronymus Praetorius.

Heinrich Schütz was a German composer and organist, generally regarded as the most important German composer before Johann Sebastian Bach, as well as one of the most important composers of the 17th century. He is credited with bringing the Italian style to Germany and continuing its evolution from the Renaissance into the Early Baroque. Most of his music we have today was written for the Lutheran church, primarily for the Electoral Chapel in Dresden. He wrote what is traditionally considered to be the first German opera, Dafne, performed at Torgau in 1627, the music of which has since been lost, along with nearly all of his ceremonial and theatrical scores.

Cristofano Malvezzi was an Italian organist and composer of the late Renaissance. He was one of the most famous composers in the city of Florence during a time of transition to the Baroque style.

Agostino Agazzari was an Italian composer and music theorist.

Matthias Weckmann (Weckman) was a German musician and composer of the Baroque period. He was born in Niederdorla (Thuringia) and died in Hamburg.

Michael Praetorius was a German composer, organist, and music theorist. He was one of the most versatile composers of his age, being particularly significant in the development of musical forms based on Protestant hymns, many of which reflect an effort to improve the relationship between Protestants and Catholics. 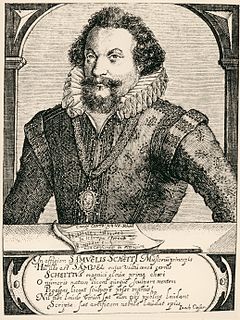 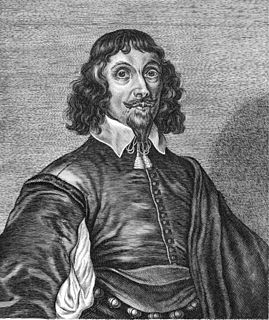 Hans Leo Hassler was a German composer and organist of the late Renaissance and early Baroque eras, elder brother of composer Jakob Hassler. He was born in Nuremberg and died in Frankfurt am Main.

Melchior Franck was a German composer of the late Renaissance and early Baroque eras. He was a hugely prolific composer of Protestant church music, especially motets, and assisted in bringing the stylistic innovations of the Venetian School north across the Alps into Germany.

Johann Andreas Herbst was a German composer and music theorist of the early Baroque era. He was a contemporary of Michael Praetorius and Heinrich Schütz, and like them, assisted in importing the grand Venetian style and the other features of the early Baroque into Protestant Germany.

Praetorius, Prätorius, Prætorius was the name of several musicians and scholars in Germany.

Stefano Landi was an Italian composer and teacher of the early Baroque Roman School. He was an influential early composer of opera, and wrote the earliest opera on a historical subject: Sant'Alessio (1632). 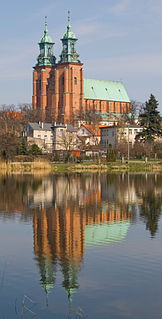 Mikołaj Zieleński was a Polish composer, organist and Kapellmeister to the primate Baranowski, Archbishop of Gniezno.

Joan Pau Pujol was a Catalan and Spanish composer and organist of the late Renaissance and early Baroque. While best known for his sacred music, he also wrote popular secular music.

Johann (Johannes) Speth was a German organist and composer. He was born in Speinshart, some 150 km from Nuremberg, but spent most of his life in Augsburg, where he worked as cathedral organist for two years. His only surviving music is a 1693 collection, Ars Magna Consoni et Dissoni, which includes toccatas, Magnificat versets and variations in the south German style.