Hobby Japan Inc. is a Japanese publishing company known for publishing and releasing books, magazines, light novels, games, and collectibles. Founded in 1969, the company owns and distributes such publications as the eponymous Hobby Japan magazine, as well as Uchusen . The company has also released a number of role-playing and tabletop games, as well as action figures related to anime and manga franchises.

Dungeons & Dragons is a fantasy tabletop role-playing game (RPG) originally designed by Gary Gygax and Dave Arneson. It was first published in 1974 by Tactical Studies Rules, Inc. (TSR). It has been published by Wizards of the Coast since 1997. The game was derived from miniature wargames, with a variation of the 1971 game Chainmail serving as the initial rule system. D&D's publication is commonly recognized as the beginning of modern role-playing games and the role-playing game industry.

TSR, Inc. was an American game publishing company and the publisher of Dungeons & Dragons (D&D).

Lost Worlds is a "combat picture book game" designed and trademarked by Alfred Leonardi and originally published in 1983 by Nova Game Designs. The game has had many publishers, including Chessex, Emithill, Flying Buffalo and Greysea.

Role-playing games made in Japan made their first appearance during the 1980s. Today, there are hundreds of Japanese-designed games as well as several translated games. Tabletop RPGs are referred to as tabletalk RPGs, a wasei-eigo term often shortened as TRPG in Japan to distinguish them from the video role-playing game genre. 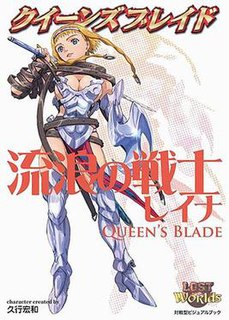 HJ Bunko (HJ文庫) is a publishing label affiliated with the Japanese publishing company Hobby Japan. It was established in July 2006 and is a light novel label that is aimed at a young adult male readership. Hobby Japan publishes a bimonthly light novel magazine titled Charano!.

Thunder Blade is a helicopter-based third-person shooter originally released in arcades in 1987. Players control a helicopter to destroy enemy vehicles. It has similarities to the Blue Thunder film and TV franchise of the early 1980s.

ZOOM Inc. is a Japanese video game company based in Sapporo, Japan.

Invaders of the Rokujouma!? is a Japanese light novel series written by Takehaya and illustrated by Poco. HJ Bunko has published seventeen volumes since 2009 under their HJ Bunko imprint, as well as two side story volumes. A manga adaptation with art by Tomosane Ariike is serialized in Hobby Japan's online seinen manga magazine Comic Dangan. A 12-episode anime television series adaptation by Silver Link aired between July 11 and September 26, 2014.

Cho Ren Sha 68K is a 1995 vertically scrolling dōjin shoot 'em up video game developed and originally published by Koichi "Famibe No Yosshin" Yoshida at Comiket for the X68000. Taking place in a ring structure, players take control of the Zanki space fighter craft to fight against an assortment of enemies and bosses.

Hobby World is the largest publishing house in Russia and Eastern Europe specializing in producing and distributing board games of the following categories: games for children, family games, party games, strategy games, military games, collectible card games. The head office is located in Moscow, the Kiev regional office has been open since 2012. 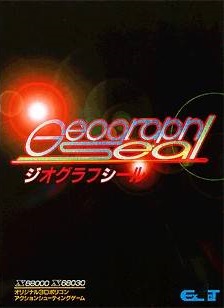 Geograph Seal is a first-person mecha platform-shooter video game developed and published by Exact exclusively for the Sharp X68000 in Japan on March 12, 1994. The fourth and last title to be created and released by Exact for the X68000 platform late into its commercial life span, after being discontinued in 1993 by Sharp Corporation with the last model launched, it is widely considered a spiritual predecessor to the Jumping Flash! franchise by Sony Computer Entertainment.

Étoile Princesse is an action role-playing video game developed and published by Exact exclusively for the Sharp X68000 in Japan on March 26, 1993. It is the third title to be created and released by Exact for the X68000 platform late into its commercial life span, which was a few months before being discontinued in the same year by Sharp Corporation. 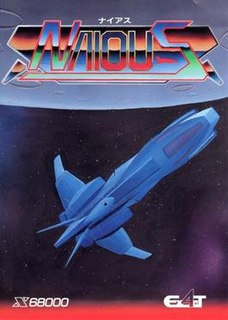 Naious is a scrolling shooter video game developed and published by Exact exclusively for the Sharp X68000 in Japan on October 26, 1990. It is both the first title to be created and released by Exact for the X68000 platform, as well as the first project produced by the company.

Reborn to Master the Blade: From Hero-King to Extraordinary Squire is a Japanese fantasy light novel series written by Hayaken and illustrated by Nagu. It began serialization online in March 2019 on the user-generated novel publishing website Shōsetsuka ni Narō. It was later acquired by Hobby Japan, who have published four volumes since November 2019 under their HJ Bunko imprint. The light novel is licensed in North America by J-Novel Club. A manga adaptation with art by Moto Kuromura has been serialized online via Hobby Japan's Comic Fire website since December 2019 and has been collected in a single tankōbon volume. A two-episode mini anime adaptation was released between November 7 and November 14, 2020, on Comic Fire's Twitter account.