Huadian (simplified Chinese :桦甸; traditional Chinese :樺甸; pinyin :Huàdiàn) is a city in south-central Jilin province, People's Republic of China. It is under the administration of the prefecture-level city of Jilin City.

Huadian has a four-season, monsoon-influenced, humid continental climate (Köppen Dwa). Winters are long (lasting from November to March), cold, and windy, but dry, due to the influence of the Siberian anticyclone, with a January mean temperature of −17.9 °C (−0.2 °F). Spring and autumn are somewhat short transitional periods, with some precipitation, but are usually dry and windy. Summers are hot and humid, with a prevailing southeasterly wind due to the East Asian monsoon; July averages 22.5 °C (72.5 °F). Snow is usually light during the winter, and annual rainfall is heavily concentrated from June to August. 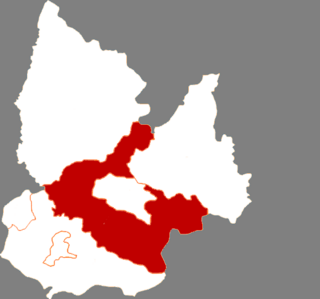 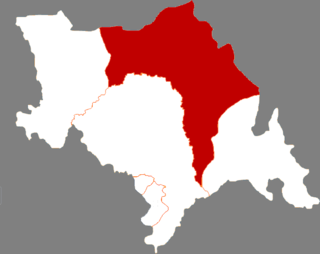 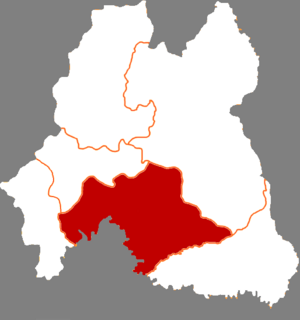 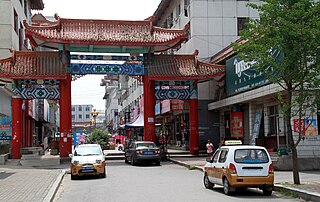 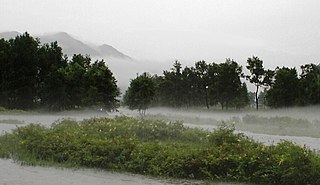 Huanren Manchu Autonomous County, formerly Huairen County, is a county under the administration of Benxi City, in eastern Liaoning province, People's Republic of China, bordering Jilin to the east. It is also one of 11 Manchu autonomous counties and one of 117 autonomous counties nationally. As a county, Huanren was established in 1877. It was reorganised as an autonomous county in 1989 with approval of the State Council. The county covers 3,362 square kilometres (1,298 sq mi) and has 293,505 population, and Huanren Town is its seat.

Fuyu, formerly Fuyu County, is a county-level city in northwestern Jilin province, People's Republic of China, under the administration of the prefecture-level city of Songyuan, and is Songyuan's easternmost county-level division. It has a land area of 4,464 square kilometres (1,724 sq mi), and a population of 750,000. It lies 98 kilometres (61 mi) east-southeast of Songyuan and 140 kilometres (87 mi) northeast of Changchun, the provincial capital. The county seat is located in the town of Sanchahe (三岔河镇). The city name comes from Buyeo, an ancient kingdom located in parts of Northeast China. 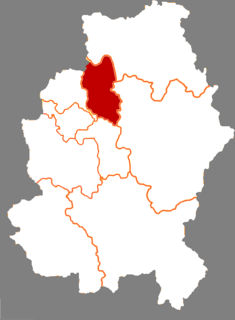 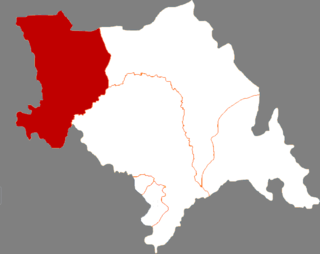 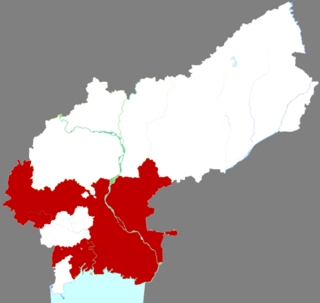