Huatabampo (Spanish pronunciation:  [wataˈβampo] ) is a city in Huatabampo Municipality in the state of Sonora, in northwestern Mexico. It is situated on the Gulf of California, near the mouth of the Mayo River. It is located at latitude 26°49′N109°40′W﻿ / ﻿26.817°N 109.667°W﻿ / 26.817; -109.667 . Huatabampo is 34 km southwest of Navojoa via Sonora State Highway 56 and Sonora State Highway 149. Mexican Federal Highway 15 can be accessed via Sonora State Highway 176. It is notable as the home of revolutionary general Álvaro Obregón, a successful chickpea farmer before the Mexican Revolution, and now his burial site.

Huatabampo is also known as "Tierra de Generales" (Land of Generals) since during the Mexican Revolution (1910–1917) several high-ranking revolutionary generals emerged from this town. [2] Among them, Álvaro Obregón (1880–1928), who was born in Navojoa, but lived for many years in Huatabampo, the only undefeated general in the war. He was elected President of the Mexican Republic (1920–1924) after the war, being an important link between the war-devastated country and the first stages of political, economical and social development. He was assassinated in 1928 after elected to a second term and before he took office. He is buried in the old local cemetery.

Other generals from the area were General José Tiburcio Otero Toledo (1834–1900), a famous military and a governor of Sonora, and General Ignacio Otero Pablos (1896–1970), who was Ambassador to the Dominican Republic and Venezuela and also a candidate for governor of Sonora.

Huatabampo is a major agricultural producer for the area, its produce includes chickpeas as well as assorted fruit, vegetable and cereal crops. Cattle and swine raising is also very important.

Since Huatabampo has 120 km of coastline, fishing plays a major role in the economy. There are over 3,000 registered fishermen and around 20 open sea trawlers, in addition to almost one thousand small boats. Shrimp raising has also become a major industry in recent years.

In 2000 there were 8 industries for industrialization of sardines, crab, and shrimp. The production of fish oil and fish flour is also important.

The city attracts a considerable number of tourists, primarily from the United States, due to its beaches and spas.[ citation needed ]

Huatabampo is home to the Museum of Álvaro Obregón at the house of the revolutionary general and President of Mexico. His tomb is in the Old Cemetery. 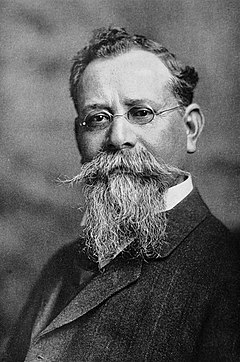 José Venustiano Carranza de la Garza was one of the main leaders of the Mexican Revolution, whose victorious northern revolutionary Constitutionalist Army defeated the counter-revolutionary regime of Victoriano Huerta and then defeated fellow revolutionaries after Huerta's ouster. He secured power in Mexico, serving as head of state from 1915–1917. With the promulgation of a new revolutionary Mexican Constitution of 1917, he was elected president, serving from 1917 to 1920.

Álvaro Obregón Salido was a general in the Mexican Revolution, who became President of Mexico from 1920 to 1924. He supported Sonora's decision to follow Governor of Coahuila Venustiano Carranza as leader of a revolution against the Victoriano Huerta regime. Carranza appointed Obregón commander of the revolutionary forces in northwestern Mexico and in 1915 appointed him as his minister of war. In 1920, Obregón launched a revolt against Carranza, in which Carranza was assassinated; he won the subsequent election with overwhelming support. 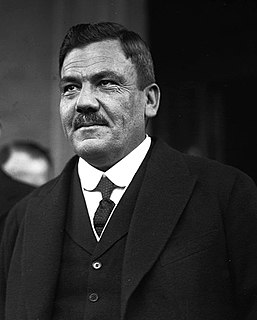 Plutarco Elías Calles (1877–1945) was a Mexican military general and politician. He was the powerful interior minister under President Álvaro Obregón, who chose Calles as his successor. The 1924 Calles presidential campaign was the first populist presidential campaign in Mexico's history, as he called for land redistribution and promised equal justice, more education, additional labour rights, and democratic governance. 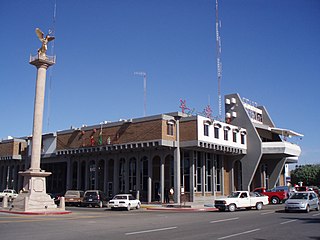 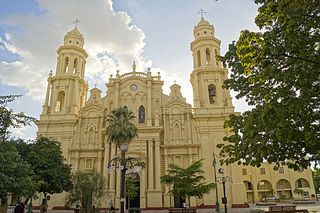 Álvaro Obregón Tapia was a Mexican political figure who served as governor of the northwestern border state of Sonora from 1955 to 1961. He was a son of Álvaro Obregón Salido and María Tapia Monteverde. Obregón Tapia's father was a brilliant Sonoran general in the Mexican Revolution, who became president of Mexico in 1920, re-elected in 1928, but assassinated before he could take office. Obregón Tapia's birth in 1916 was after his father's defeat of Pancho Villa in 1915 in the Battle of Celaya, a decisive victory for the Constitutionalists. 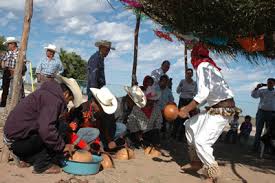 Felipe Adolfo de la Huerta Marcor, known as Adolfo de la Huerta, was a Mexican politician, the 38th President of Mexico from June 1 to November 30, 1920, following the overthrow of Mexican president Venustiano Carranza, with Sonoran generals Alvaro Obregón and Plutarco Elías Calles under the Plan of Agua Prieta. He is considered "an important figure among Constitutionalists during the Mexican Revolution." 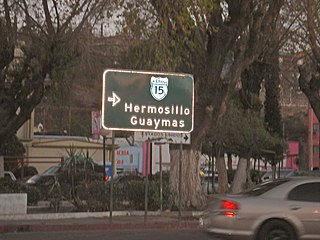 Quiriego is a small town and the county seat of the Municipality of Quiriego, located in the southeast of the Mexican state of Sonora.

Navojoa Airport or Navojoa National Airport is a small airport located 5 miles (8 km) south of Navojoa, a city located in the Mayo Valley, in the southern part of the Sonora State in Mexico. 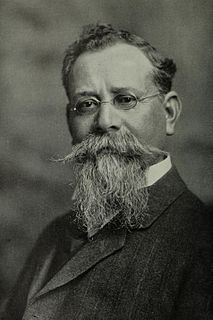 The Plan of Agua Prieta was a manifesto, or plan, drawn up by three revolutionary generals of the Mexican Revolution, declaring themselves in revolt against the government of President Venustiano Carranza. It was proclaimed by Obregón on 22 April 1920, in English and 23 April in Spanish in the northern border city of Agua Prieta, Sonora.

Álvaro Obregón is located in the center zone of the Mexican state of Michoacán. This town limits with the state of Guanajuato to the north, with Querendaro and Indaparapeo to the east, with Charo to the south, with Tarimbaro to the west and with Cuitzeo to the northwest. It is also home to Morelia's International Airport.

Las Bocas is a small fishing village located in the south of the Mexican state of Sonora. It is part of the Huatabampo municipality. Despite being part of Huatabampo, most properties there are owned by families from Navojoa who have their second house next to the beach. 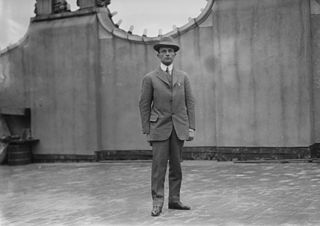 Roberto V. Pesqueira Morales was a Mexican politician who was elected twice to the Chamber of Deputies and was commissioned by President Venustiano Carranza to work as a confidential agent in the United States and secure diplomatic recognition to his regime.