Hugh Nathaniel Mulzac (March 26, 1886 – January 30, 1971) was an African-American member of the United States Merchant Marine. He earned a Master rating in 1918 which should have qualified him to command a ship, but this did not happen until September 29, 1942 because of racial discrimination. [1]

Hugh Nathaniel Mulzac was born March 26, 1886, on Union Island in Saint Vincent and the Grenadines [1] (SVG). [2] Hugh was born to Ada Roseline Donowa who was an accomplished pianist and a woman of pure African descent; Hugh's father, Richard Mulzac, was a mulatto planter and a builder of whaling ships and schooners. Hugh’s grandfather Charles Malzac (sic), was a white man and a native of St. Kitts W.I... [3] Mulzac/Malzac family were descended from a French Huguenot galley slave who escaped the sinking of the ship, ‘Notre Dame de Bonne Esperance” off the coast of Martinique in 1697. [4] Hugh attended the Church of England School in Kingstown, SVG which was headed by his maternal grandfather, the Rev. James Donowa, a former student of the Reverend Edward Nugent Bree (Mulzac, Burnham, and Welch 1963). Hugh had two older brothers Jonathon and Edward along with younger brothers Irvin, Lambi and James along with younger sisters Lavinia and Una.

Mulzac's life at sea started immediately after high school when he served on British schooners. He was sent to Swansea Nautical College in Wales to train for his ship masters license. [5] In 1918, Hugh Mulzac emigrated to the United States. Within two years he had earned his shipping master's certificate, the first ever issued to an African American. [6] He joined with Marcus Garvey's Universal Negro Improvement Association (UNIA) and served as a Captain on the SS Yarmouth of the Black Star Line. However, disagreements with the UNIA lead to his resignation in 1921. [5]

For the next two decades, the only shipboard work Mulzac could get was in the steward's departments on several shipping lines. [7]

In 1942, Mulzac was offered command of the SS Booker T. Washington, the first Liberty ship to be named after an African-American. He refused at first because the crew was to be all black. He insisted on an integrated crew, stating, "Under no circumstances will I command a Jim Crow", and the authorities relented. With this, he became famous for being the first ever black captain, the first black man to obtain a ships masters license and the first black man ever to command a fully integrated vessel. Under his command, over 18,000 troops were transported around the world, and additionally "carrying vital war supplies such as tanks, aircraft and ammunition to the European front." [8] [9]

Captain Hugh Mulzac also played a role in the National Maritime Union. The Union included a clause that stipulated that there should be no discrimination based on color, race, political creed, religion or national origin.

After the war, Mulzac could not regain a position as captain. In 1948 he unsuccessfully filed a lawsuit against the ship's operators. In 1950 he made a bid for Queens Borough President under the American Labor Party ticket. He lost the election, having gotten 15,500 votes. [5]

Due to his strong ties to the labor movement, he found himself blacklisted in the era of McCarthyism. [7] At the New York state election, 1958, he ran on the Independent-Socialist ticket for New York State Comptroller.

Mulzac was a self-taught painter, and in 1958, thirty-two of his oil paintings were put on exhibit at one man show in the Countee Cullen Library in Manhattan. [10] In 1960 a Federal Judge restored his seaman's papers and license, and at the age of 74 he was able to find work as a night mate. [5]

On September 29, 1920, Hugh Mulzac married Miriam Aris, a native of Jamaica; they would have four children; Joyce, Una, Claire and Hugh Jr. Their daughter, Una Mulzac, was the founder of a prominent Harlem-based political and Black power-oriented bookstore, Liberation Bookstore. [12] Hugh's nephew, John Ira Mulzac Sr., was a pilot with the Tuskegee Airmen.

The Universal Negro Improvement Association and African Communities League (UNIA-ACL) is a black nationalist fraternal organization founded by Marcus Garvey, a Jamaican immigrant to the United States. The Pan-African organization enjoyed its greatest strength in the 1920s, and was influential prior to Garvey's deportation to Jamaica in 1927. After that its prestige and influence declined, but it had a strong influence on African-American history and development. The UNIA was said to be "unquestionably, the most influential anticolonial organization in Jamaica prior to 1938." 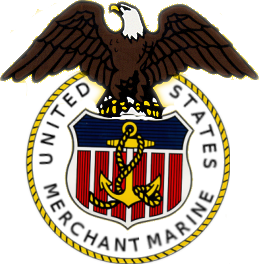 The Black Star Line (1919−1922) was a shipping line incorporated by Marcus Garvey, the organizer of the Universal Negro Improvement Association (UNIA), and other members of the UNIA. The shipping line was created to facilitate the transportation of goods and eventually African Americans throughout the African global economy. It derived its name from the White Star Line, a line whose success Garvey felt he could duplicate. Black Star Line became a key part of Garvey's contribution to the Back-to-Africa movement. It was one among many businesses which the UNIA originated, such as the Universal Printing House, Negro Factories Corporation, and the widely distributed and highly successful Negro World weekly newspaper.

Captain Jeremiah O'Brien (1744–1818) was an Irish-American captain in the Massachusetts State Navy. Prior to its existence, he commanded the sloop Unity when he captured the British armed schooner HMS Margaretta in the Battle of Machias, the first naval battle of the American Revolutionary War. He also led the first American attack on Nova Scotia in the Raid on St. John (1775). 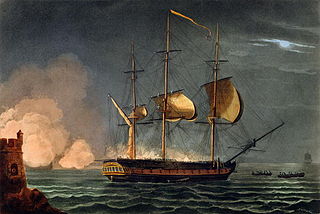 HMS Hermione was a 32-gun fifth-rate frigate of the Royal Navy. She was notorious for having the bloodiest mutiny in British naval history, which saw her captain and most of the officers killed. The mutineers then handed the ship over to the Spanish, with whom she remained for two years before being cut out and returned to Royal Navy service under the names Retaliation and later Retribution. 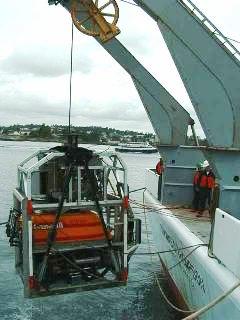 A chief mate (C/M) or chief officer, usually also synonymous with the first mate or first officer, is a licensed mariner and head of the deck department of a merchant ship. The chief mate is customarily a watchstander and is in charge of the ship's cargo and deck crew. The actual title used will vary by ship's employment, by type of ship, by nationality, and by trade: for instance, chief mate is not usually used in the Commonwealth, although chief officer and first mate are; on passenger ships, the first officer may be a separate position from that of the chief officer that is junior to the latter. 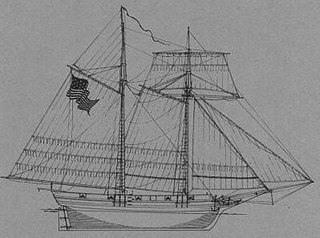 USS Scourge was an American warship converted from a confiscated Canadian merchant schooner. She foundered along with the American warship Hamilton during a squall on Lake Ontario at 2:00am on Sunday, August 8, 1813,. during the War of 1812.

HMS York was a 64-gun third rate ship of the line of the Royal Navy, launched on 24 March 1796. She served briefly in the West Indies where she captured numerous small vessels. She was wrecked in 1804. A maritime pilot, marine pilot, harbor pilot, bar pilot, or simply pilot, is a sailor who maneuvers ships through dangerous or congested waters, such as harbors or river mouths. They are navigational experts possessing knowledge of the particular waterway such as its depth, currents, and hazards. 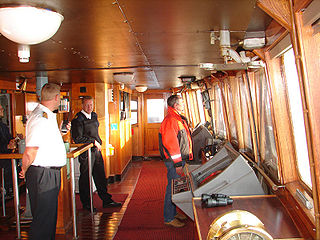 Booker T. Washington was a United States Maritime Commission (MC) Liberty ship and the first major oceangoing ship and first of 17 Liberty ships that were named after African-Americans. The ship was named for Booker T. Washington, notable educator, author, orator, and advisor to presidents of the United States. At launch Mary McLeod Bethune gave the address and notable singer Marian Anderson christened the ship.

Commodore John William Anderson was the longest serving captain of the SS United States, the fastest ocean liner in history. In 1952, he relieved Commodore Harry Manning as master of the superliner after the recordbreaking voyage on which she broke the translantic speed record previously held by the RMS Queen Mary and captured the Blue Riband for the United States.

A master mariner is a licensed mariner who holds the highest grade of seafarer qualification; namely, an unlimited master's license. Such a license is labelled unlimited because it has no limits on the tonnage, power, or geographic location of the vessel that the holder of the license is allowed to serve upon. A master mariner would therefore be allowed to serve as the master of a merchant ship of any size, of any type, operating anywhere in the world, and it reflects the highest level of professional qualification amongst mariners and deck officers.

Una Mulzac was an African American bookseller and founder of the Liberation Bookstore, a prominent African-American bookstore specializing in political and Black Power materials and was located in Harlem.

"The captain goes down with the ship" is a maritime tradition that a sea captain holds ultimate responsibility for both his ship and everyone embarked on it, and that in an emergency, he will either save them or die trying. Although often connected to the sinking of RMS Titanic in 1912 and its captain, Edward J. Smith, the tradition precedes Titanic by at least 11 years. In most instances, the captain forgoes his own rapid departure of a ship in distress, and concentrates instead on saving other people. It often results in either the death or belated rescue of the captain as the last person on board.

Captain James Hackman ("J.H.") Tachie-Menson was an African pioneer and musician, widely recognized as the first African Master Mariner/Ship's Captain. He gained additional recognition as the author of a number of choral compositions that have been performed by various choirs and musicians in Africa, the United Kingdom, and the United States.

HMS Decouverte was the French schooner Eclipse, launched in 1804, that was captured in 1806. The Royal Navy took her into service as HMS Decouverte. She served in the Caribbean, where she captured two privateers, one French and one American. She was sold in 1816.