Hum Films is a film production and distribution company based in Karachi, Pakistan, working under the Hum Network Limited. It was launched in September 2014, with setting a film Na Maloom Afraad to release domestically on 5 October 2014. [1] [2] The second film, banner released was a romance Bin Roye on 18 July 2015. [3] 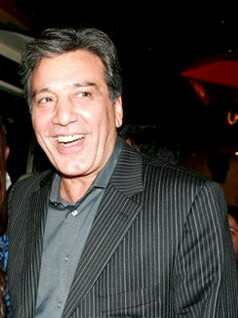 Jawed Sheikh is a Pakistani actor, film director and producer who works in Lollywood and Bollywood. He is best known for working in the Hindi films Om Shanti Om, My Name is Anthony Gonsalves, etc. 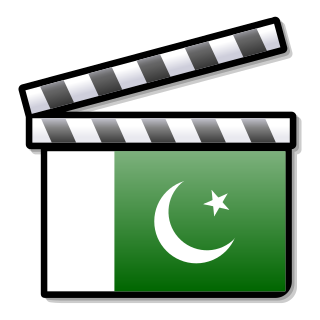 The cinema of Pakistan, or Pakistani cinema, refers to the filmmaking industry in Pakistan. Pakistan is home to several film studios centres, primarily located in its two largest cities - Karachi and Lahore. Pakistani cinema has played an important part in Pakistani culture and in recent years has begun flourishing again after years of decline, delivering entertainment to audiences in Pakistan and expatriates abroad. Several film industries are based in Pakistan, which tend to be regional and niche in nature. Over 10,000 Urdu feature films have been produced in Pakistan since 1948, as well as over 8000 Punjabi, 6000 Pashto and 2000 Sindhi feature-length films. The first film ever produced was Husn Ka Daku in 1930, directed by Abdur Rashid Kardar in Lahore. The first Pakistani-film produced was Teri Yaad, directed by Daud Chand in 1948. Between 1947 and 2007, Pakistani cinema was predominately based in Lahore, home to the nation's largest film industry. Pakistani films during this period attracted large audiences and had a strong cult following, was part of the cultural mainstream, widely available and imitated by the masses. During the early 1970s, Pakistan was the world's fourth largest producer of feature films. However, between 1977 and 2007, the film industry of Pakistan went into decline due to Marshal law, strengthening of censorship laws and an overall lack of quality. Throughout the 1980s and 1990s, the film industry went through several periods of ups and downs, a reflection of its dependency on state funding and incentives. By 2000, the film industry in Lahore had collapsed and saw a gradual shift of Pakistani actors, actresses, producers and filmmakers from Lahore to Karachi. By 2007, the wounds of Pakistan's collapsed film industry began to heal and Karachi had cemented itself as the center of Pakistani cinema. This was the time new generation producers stepped into the industry with short films with quality story line and new technology led to an explosion of alternative form of Pakistani cinema. The shift has been seen by many as the leading cause for the "resurgence of Pakistani cinema". Despite the industry crisis starting in the mid-1980s, Pakistani films have retained much of their distinctive identity. Since the shift to Karachi, Pakistani films have once again began attracting a strong cult following.

Mahira Hafeez Khan is a Pakistani actress. She is best known for portraying the role of Khirad Ashar Hussain in the Pakistani drama Humsafar for which she received numerous accolades, including the Lux Style Award for Best Television Actress.

Marina Khan is a Pakistani television and film actress, director and a producer. She was one of the most popular actresses of the 80s. Her television shows include Tanhaiyan (1986), Dhoop Kinare (1987), KohkarNijaat (1993) and Tanha (1997). She left industry in mid 2000s and again made a comeback from Tanhaiyan Naye Silsile (2012) which was the sequel to her debut series Tanhaiyan of 1986. Khan made her film debut with titular role in 2016 movie Lala Begum. Lala begum 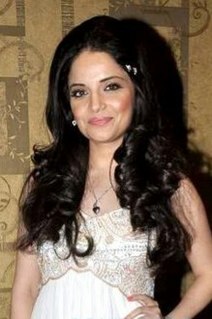 Armeena Rana Khan is a Pakistani Canadian film and television actress and model. One of Pakistan's most popular actresses, she has received a Lux Style Award, a Hum Award and a Nigar Award nomination. Most of her television series in which she has starred were highly successful, establishing Khan in the Urdu entertainment industry. In 2016, Eastern Eye named her among the "50 Sexiest Asian Women" and the following year, she was awarded the Women Empowerment Award by the Pakistan Achievement Awards. 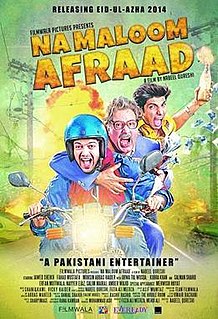 Na Maloom Afraad, is a 2014 Pakistani action comedy film co-written and directed by Nabeel Qureshi in his directorial debut. It stars Javed Sheikh, Fahad Mustafa, Mohsin Abbas Haider with supporting cast of Urwa Hocane, Kubra Khan and Salman Shahid. The story follows Shakeel (Sheikh), Farhaan (Mustafa) and Moon (Haider), three poor struggling individuals who chase every possible means of becoming rich, all getting into trouble as they struggle to fulfill their desires and ambitions through questionably moral ways. 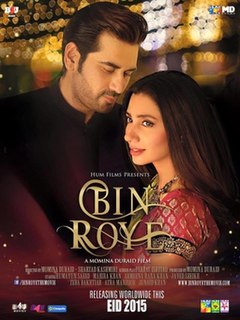 Bin Roye is a 2015 Pakistani romantic drama film directed by Momina Duraid and Shahzad Kashmiri. The film is produced by Momina Duraid and stars Humayun Saeed, Mahira Khan, Armeena Khan, Zeba Bakhtiar, Javed Sheikh and others. One of the movie songs is directed by Haissam Hussain. Bin Roye is based on the original novel Bin Roye Ansoo by Farhat Ishtiaq. The film was released worldwide on 18 July 2015, the day of Eid-ul-Fitr. Bin Roye was praised by the critics. It is the sixth-highest-grossing Pakistani film. Bin Roye was later adapted into a television series with the same name, that premiered on Hum TV on 2 October 2016. 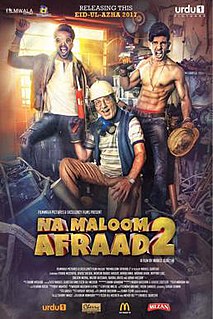 Na Maloom Afraad 2 is a 2017 Pakistani action comedy film, co-written and directed by Nabeel Qureshi and produced by Fizza Ali Meerza and Mehdi Ali. It is a sequel to Na Maloom Afraad (2014). The film stars Fahad Mustafa, Javed Sheikh, Mohsin Abbas Haider and Urwa Hocane reprising their roles from the previous film. New additions to the cast include Marina Khan and Hania Amir. While Nayyar Ejaz, Saleem Meraj and Nazr-ul-Hassan played the main antagonists.

Rabia Khan Professionally known by her stage name Kubra Khan is a British pakistani actress who works in Urdu television and films. She made her debut in 2014 with comedy-thriller film Na Maloom Afraad and later appeared in Hindi film Welcome 2 Karachi. She is since starred in Jawani Phir Nahi Ani 2 and Parwaaz Hai Junoon both (2018) and comedy drama London Nahi Jaunga (2022).

MD Productions is a Pakistani television and film production company based in Karachi, Pakistan. It is founded by Momina Duraid and Duraid Qureshi, son of Sultana Siddiqui. 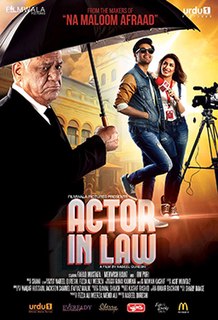 Masuma Anwar is a Pakistani pediatric doctor, singer-songwriter and musician. She rose to prominence with her cover singles of folk-songs such as "Ve Asaan Tenu Ki Akhna", "Ve main chori chori" and "Neyu La leya". 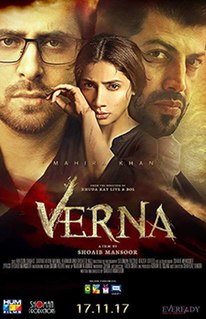 Eveready Pictures is a Pakistani film and television production and distribution company. Since its inception in the 1947s, the company has grown to be one of the largest film studios in Pakistan.