The Hungarian Academy of Sciences (Hungarian : Magyar Tudományos Akadémia (MTA)) is the most important and prestigious learned society of Hungary. Its seat is at the bank of the Danube in Budapest, between Széchenyi rakpart and Akadémia utca. Its main responsibilities are the cultivation of science, dissemination of scientific findings, supporting research and development and representing Hungarian science domestically and around the world.

The history of the academy began in 1825 when Count István Széchenyi offered one year's income of his estate for the purposes of a Learned Society at a district session of the Diet in Pressburg (Pozsony, present Bratislava, seat of the Hungarian Parliament at the time), and his example was followed by other delegates. Its task was specified as the development of the Hungarian language and the study and propagation of the sciences and the arts in Hungarian. It received its current name in 1845.

Its central building was inaugurated in 1865, in Renaissance Revival architecture style. The architect was Friedrich August Stüler.

A scientific section is a unit of the Academy organized by one or some closely related branches of science. A scientific section follows with attention, promotes and evaluates all scientific activities conducted within its field(s) of science; takes a stand on scientific issues as well as in matters concerning science policy and research organization, submits opinion on the activities of the Academy's research institutes, and on those of university chairs and other research units that are supported by the Academy, and participates in the procedure of awarding the title of Doctor of the Hungarian Academy of Sciences, the post-Ph.D academic degree, the D.Sc degree in Hungary.

Today it has eleven main sections: [3]

Presidents of the Hungarian Academy of Sciences

Széchenyi Academy of Literature and Arts

The Széchenyi Academy of Literature and Arts (Hungarian : Széchenyi Irodalmi és Művészeti Akadémia) was created in 1992 as an academy associated yet independent from the HAS. Some of the known members are György Konrád, Magda Szabó, Péter Nádas writers, Zoltán Kocsis pianist, Miklós Jancsó, István Szabó film directors. The last president was Károly Makk, film director, who succeeded László Dobszay (resigned on April 20, 2011 [5] ). 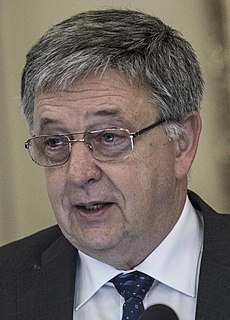 László Lovász is a Hungarian mathematician and professor emeritus at Eötvös Loránd University, best known for his work in combinatorics, for which he was awarded the 2021 Abel Prize jointly with Avi Wigderson. He was the president of the International Mathematical Union from 2007 to 2010 and the president of the Hungarian Academy of Sciences from 2014 to 2020.

Pázmány Péter Catholic University (PPCU) is a private university in and near Budapest, Hungary, belonging to the Catholic Church and recognized by the state. Founded in 1635, the PPCU is one of Hungary's oldest and most prestigious institutions of higher education.

Éva Pócs is a Hungarian ethnographer and folklorist. 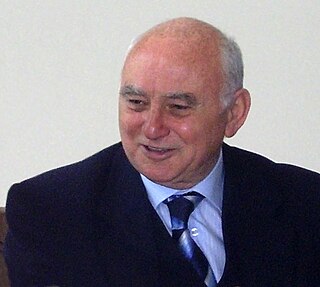 Kurszán, was a kende of the Magyars in the dual leadership with Árpád serving as a gyula - according to a mainstream theory. While kende probably corresponded roughly to the Khazar title khagan, Kurszán's role equated to the Khazar military title bek. In Latin sources he was referred to as rex and some scholars say he had a political status as a sacred king until he was massacred in a political plot of Western rulers and was temporarily succeeded by Árpád.

Hungarian Turanism is a diverse turanist phenomenon that revolves around an identification or association of Hungarian history and people with the histories and peoples of Central Asia, Inner Asia or the Ural region. It includes many different conceptions and served as the guiding principle of many political movements. It was most lively in the second half of the 19th century and the first half of the 20th century.

The Chemical Research Center of the Hungarian Academy of Sciences is a non-profit research institute seated in Budapest, Hungary. 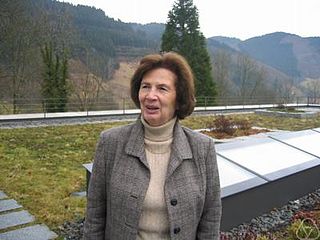 Vera T. Sós is a Hungarian mathematician, specializing in number theory and combinatorics. She was a student and close collaborator of both Paul Erdős and Alfréd Rényi. She also collaborated frequently with her husband Pál Turán, the analyst, number theorist, and combinatorist. Until 1987, she worked at the Department of Analysis at the Eötvös Loránd University, Budapest. Since then, she has been employed by the Alfréd Rényi Institute of Mathematics. She was elected a corresponding member (1985), member (1990) of the Hungarian Academy of Sciences. In 1997, Sós was awarded the Széchenyi Prize.

György Györffy was a Hungarian historian, and member of the Hungarian Academy of Sciences.

József Hámori was a Hungarian biologist and politician, who served as Minister of Culture between 1998 and 1999. He was a member of the Batthyány Society of Professors.

The Széchenyi Academy of Literature and Arts was created in 1992 as an academy associated yet independent from the Hungarian Academy of Sciences. It is intended to be the national academy of artists and writers, who could be elected to the HAS until the 1949 reforms. The president is Károly Makk, film director. Earlier it was László Dobszay.

Gábor Stépán, Hungarian professor of applied mechanics, member of the Hungarian Academy of Sciences, fellow of the International Academy for Production Engineering (CIRP), fellow of the Society for Industrial and Applied Mathematics (SIAM), former dean of the Faculty of Mechanical Engineering in the Budapest University of Technology and Economics. Won the Széchenyi Prize in 2011, the Thomas K. Caughey Dynamics Award in 2015, and the Delay Systems Lifetime Achievements Award in 2021. His research fields include nonlinear vibrations, delay-differential equations, and stability theory. He was elected as a fellow of the Society for Industrial and Applied Mathematics in 2017, "for contributions to the theory and analysis of delayed dynamical systems and their applications". 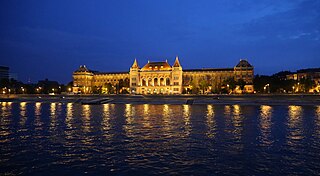 Science and technology in Hungary is one of the country's most developed sectors. Hungary spent 1.4% of its gross domestic product (GDP) on civil research and development in 2015, which is the 25th-highest ratio in the world. Hungary ranks 32nd among the most innovative countries in the Bloomberg Innovation Index, standing before Hong Kong, Iceland or Malta. Hungary was ranked 34th in the Global Innovation Index in 2021, down from 33rd in 2019. In 2014, Hungary counted 2,651 full-time-equivalent researchers per million inhabitants, steadily increasing from 2,131 in 2010 and compares with 3,984 in the US or 4,380 in Germany. Hungary's high technology industry has benefited from both the country's skilled workforce and the strong presence of foreign high-tech firms and research centres. Hungary also has one of the highest rates of filed patents, the 6th highest ratio of high-tech and medium high-tech output in the total industrial output, the 12th-highest research FDI inflow, placed 14th in research talent in business enterprise and has the 17th-best overall innovation efficiency ratio in the world.

Kinga Fabó, was a Hungarian poet, linguist and essayist.

Péter R. Surján is a Hungarian theoretical chemist who is known for his research on application of the theory of second quantization in quantum chemistry. In 2016 a festschrift from Theoretical Chemistry Accounts journal was published in his name which is also published as a book in Highlights in Theoretical Chemistry series by the Springer Nature. He is currently the dean of the faculty of science in Eötvös Loránd University.

Lajos Kemény is a Hungarian dermatologist, venereologist, allergologist, medical researcher, full professor and the Head of the Department of Dermatology and Allergology, the director of the Albert Szent-Györgyi Health Center, Faculty of Medicine, University of Szeged and the Vice-Rector for Science, Research Development and Innovation. He is a notable and respected scientist both in Hungary and around the world. 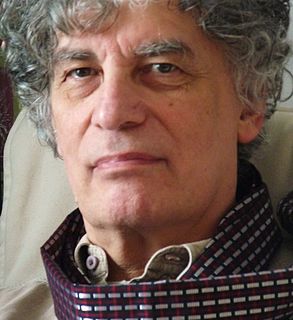 István Kenesei is a Hungarian linguist, professor emeritus and corresponding member of the Hungarian Academy of Sciences. His research focuses on generative grammar, theoretical linguistics and foundational problems of syntax, semantics and morphology. He works both in Hungary and around the world, and has published in English and Hungarian.

Zoltán Szabó was a Hungarian botanist, geneticist, and professor. He was a full member of the Hungarian Academy of Sciences. His work covered many areas of botany, including plant taxonomy, plant morphology and anatomy, plant geography and floristics, agrobotany and mycology, but he achieved his most significant results in genetic research. In the taxonomic literature his name abbreviation is "Szabó".