Hwang was born while Korea was under Japanese colonial rule in Taedong, South Pyongan, in modern-day North Korea. Hwang Sunwon made his literary debut as a middle school student with the publication in 1931 of his poems “My Dream” (Naui kkum) and “Fear Not, My Son” (Adeura museowo malla) in Eastern Light (Donggwang). [1] Hwang graduated from Waseda University in Japan with a degree in English. During his time at Waseda he founded a theater group called Tokyo Students’ Group for the Arts (Donggyeong haksaeng yesuljwa), along with fellow students Lee Haerang and Kim Dongwon. [1] In November 1934, Hwang Sunwon published his first poetry collection, Wayward Songs (Bangga). Following the division of Korea he lived in the South, becoming a professor at Kyunghee University. [2]

Hwang published his first story in 1937 and continued writing through 1980s; during his long literary career, Hwang Sunwon observed firsthand the suffering of ordinary Koreans under many different forms of oppression: colonialism, ideological strife, Korean War, industrialization, military dictatorships. What he sought to capture was the resilience of the Korean spirit even in times of adversity, rather than the adversity itself, and the discovery of love and goodwill in unlikeliest of circumstances. [1]

Although he wrote many volumes of poetry and eight novels, Hwang achieved his greatest acclaim as the author of short fiction, which was regarded as the premiere literary genre through most of the twentieth century in Korea and Hwang was noted, particularly early in his career, for refusing to write in Japanese. [3] (Yom Sang-seop was another example of this stance). Hwang is the author of some of the best-known stories in the modern Korean literary canon, including “Stars” (1940), “Old Man Hwang” (1942), “The Old Potter” (1944), “Cloudburst” (1952), “Cranes” (1953) and “Rain Shower”(1959).

In “Cranes” (Hak), for example, two childhood friends now on opposite sides of the ideological divide, find a way to rediscover their love for each other, and “The Shower” (Sonagi) highlights the pathos and beauty of love between two children. Children, in fact, often appear in Hwang Sunwon’s short stories as vessels of purity. “The Swamp” (Neup) and “The Stars” also manifest concern with the ephemerality of childhood. [1]

Hwang began writing novels in the 1950s, his most successful being Trees on a Slope (1960), which depicts the lives of three soldiers during the Korean War. Sunlight, Moonlight (1962–65) depicts the lives of members of the former untouchable class in urban Seoul. The Moving Castle (1968–72) depicts the complex and problematic synthesis of Western and indigenous cultures in rapidly modernizing Korea. It is also one of the few depictions in fiction of gender roles in Korean shamanism. [3]

Sunjo of Joseon was the 23rd king of the Korean Joseon Dynasty. He was born with the title of His Royal Highness Prince Yi Gong. Sunjo was the 2nd son of King Jeongjo which King Jeongjo had with Lady Subin, one of King Jeongjo's concubines.

"Rain Shower", also "Shower" or "Sonagi," (소나기) is a Korean short story written by Korean writer Hwang Sun-won in 1959. A sonagi is a brief but heavy rain shower that starts suddenly, usually on a hot afternoon. In Hwang’s story, the rain shower symbolizes the short but heart-rending love between the boy and the girl. The story begins with the boy encountering the girl playing by the stream on his way back home.

Ahn Soo-kil (1911–1977) was a Korean novelist and journalist who devoted much of his life to depicting the lives of the Korean settlers in Jiandao, Manchuria. 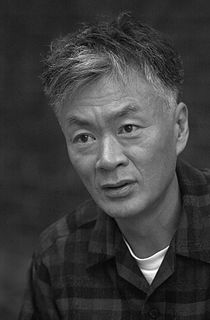 Kim Hoon is a South Korean novelist, journalist and critic.

Hong Sok-jung (Korean: 홍석중), born in Seoul in 1941, is a North Korean writer. He is the grandson of novelist Hong Myong-hui.

The Descendants of Cain is a novel by Hwang Sun-won (황순원). 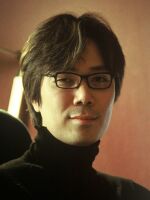 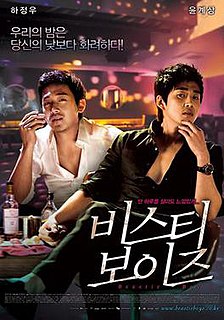 Beastie Boys is a 2008 South Korean film about male hosts who serve female clients in discreet salons tucked into the affluent fashion districts of southern Seoul.

Bruce Fulton is an American professor of Korean Literature and a noted translator of contemporary Korean fiction with an extensive list of publications. He has lived in U.S, Canada and Korea, and is married to translator Ju-Chan Fulton. 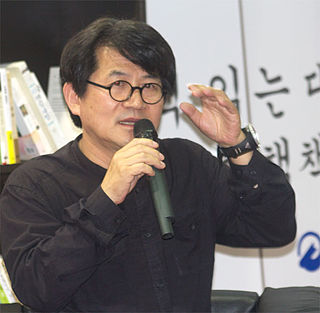 Song Sokze is a South Korean writer, poet and painter.

Kim Yi-seol is a South Korean writer. She was born in 1975 in Yesan, Chungcheongnamdo. She began her literary career when her short story “Yeolse sal” won the Seoul Shinmun New Writer's Contest in 2006. She has written novellas Nappeun pi, Hwanyeong, and Seonhwa (선화). She published a short story collection, Amudo malhaji anneun geotdeul. In 2012 she won the 1st Hwang Sun-won Literary Award for New Literature, and the 3rd Munhakdongne Young Writer's Award.

Hwang Byungsng was a South Korean poet. He studied creative writing at the Seoul Institute of the Arts and Chugye University for the Arts. He finished coursework in creative writing at Myongji Graduate School. Hwang is considered to have made a radical break from the lyric poetry tradition and introduced queer imagination, subcultural thinking, and stateless language to South Korean literature through the genderqueer voice of multisexual subjects.

Yoon Sung-hee is a South Korean writer. Some writers believe that the goal of human life can be found in history. Some writers believe that the meaning of life is in intense moments that leave life in chaos. However, Yoon looks at life from a different perspective. She would say that the meaning of life is in the moments. In other words, the true important purpose of life is in the feeling of the present, and the diverse emotions from it such as pain, sympathy, pity, and beauty. One literary critic has stated the characteristic of Yoon's fiction as following. "The reality depicted by Yoon Sung-hee in her stories draws readers in with its colorfulness of a sensual present. Readers do not draw the story to their own historical lives, but they choose to climb into the reality inside the story, and live along with the characters." It can be said that Yoon's literary aim is to create a reading experience that breathes with the rhythm of life, using fiction as the subject. 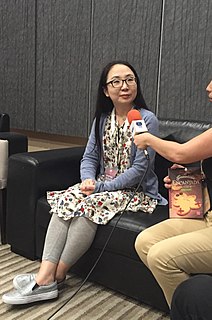 Gu Byeong-mo is a South Korean writer. She made her literary debut in 2009 when her novel Wizard Bakery won the 2nd Changbi Prize for Young Adult Fiction. Her 2015 short story collection Geugeosi namaneun anigireul received the Today's Writer Award and Hwang Sun-won New Writers' Award. She penned the novels Pigeumalion aideul, Agami, and Bangjuro oseyo as well as the short story collection Goineun aniyeotjiman. Gu's debut novel Wijeodeu Beikeori was translated into Spanish by Minjeong Jeong and Irma Zyanja Gil Yáñez. They received the 24th Daesan Literary Award in 2016 for their translation.

Choi Jae-hoon is a South Korean writer. Rather than following the Korean literary tradition, he draws inspiration primarily from Western literature. His short story collection Kwireubal namjagui seong is replete with film and pop culture references like crime fiction by Arthur Conan Doyle and Agatha Christie as well as subculture elements like the vampire, Frankenstein's monster, and cannibalism. Citing The Catcher in the Rye as his favorite book, Choi said in an interview that it is what piqued his interest in the novel and he has read all existing translations of the work into Korean.

Han Seung-won is a South Korean writer. He primarily writes about people who struggle against their fate in Jangheung, a county situated off the southern coast of the Korean peninsula where Han himself was born. Han's work tends to have a strong sense of place; his stories are often set in his coastal hometown and contain the local dialect.