ISO 639-1:2002, Codes for the representation of names of languages — Part 1: Alpha-2 code, is the first part of the ISO 639 series of international standards for language codes. Part 1 covers the registration of two-letter codes. There are 184 two-letter codes registered as of December 2018. The registered codes cover the world's major languages.

These codes are a useful international and formal shorthand for indicating languages.

Many multilingual web sites—such as Wikipedia—use these codes to prefix URLs of specific language versions of their web sites: for example, en.Wikipedia.org is the English version of Wikipedia. See also IETF language tag. (Two-letter country-specific top-level-domain code suffixes are often different from these language-tag prefixes).

ISO 639, the original standard for language codes, was approved in 1967. It was split into parts, and in 2002 ISO 639-1 became the new revision of the original standard. The last code added was ht, representing Haitian Creole on 2003-02-26. The use of the standard was encouraged by IETF language tags, introduced in RFC 1766 in March 1995, and continued by RFC 3066 from January 2001 and RFC 4646 from September 2006. The current version is RFC 5646 from September 2009. Infoterm (International Information Center for Terminology) is the registration authority for ISO 639-1 codes.

If an ISO 639-2 code that covers a group of languages is used, it might be overridden for some specific languages by a new ISO 639-1 code.

There is no specification on treatment of macrolanguages (see ISO 639-3). 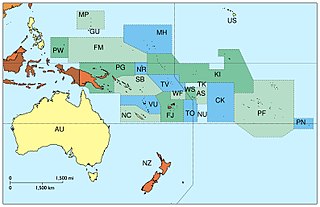 ISO 639 is a set of standards by the International Organization for Standardization that is concerned with representation of names for languages and language groups. 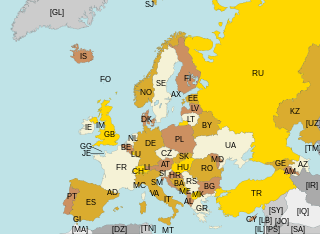 ISO 639-2:1998, Codes for the representation of names of languages — Part 2: Alpha-3 code, is the second part of the ISO 639 standard, which lists codes for the representation of the names of languages. The three-letter codes given for each language in this part of the standard are referred to as "Alpha-3" codes. There are 487 entries in the list of ISO 639-2 codes.

The International Standard Identifier for Libraries and Related Organisations (ISIL), ISO 15511, assigns unique identifiers to libraries and related organisations, such as archives and museums.

ISO 639-3:2007, Codes for the representation of names of languages – Part 3: Alpha-3 code for comprehensive coverage of languages, is an international standard for language codes in the ISO 639 series. It defines three-letter codes for identifying languages. The standard was published by ISO on 1 February 2007.

ISO 639-6, Codes for the representation of names of languages — Part 6: Alpha-4 code for comprehensive coverage of language variants, was a proposed international standard in the ISO 639 series, developed by ISO/TC 37/SC 2. It contained four-letter codes that denote variants of languages and language families. This allowed one to differentiate between, for example, historical (glvx) versus revived (rvmx) Manx, while ISO 639-3 only includes glv for Manx.

Language localisation is the process of adapting a product's translation to a specific country or region. It is the second phase of a larger process of product translation and cultural adaptation to account for differences in distinct markets, a process known as internationalisation and localisation.

An IETF BCP 47 language tag is a code to identify human languages. For example, the tag en stands for English; es-419 for Latin American Spanish; rm-sursilv for Sursilvan; gsw-u-sd-chzh for Zürich German; nan-Hant-TW for Min Nan Chinese as spoken in Taiwan using traditional Han characters. To distinguish language variants for countries, regions, writing systems etc., IETF language tags combine subtags from other standards such as ISO 639, ISO 15924, ISO 3166-1, and UN M.49. The tag structure has been standardized by the Internet Engineering Task Force (IETF) in Best Current Practice (BCP) 47; the subtags are maintained by the IANA Language Subtag Registry. IETF language tags are used by computing standards such as HTTP,, HTML, XML, and PNG.

This is a list of ISO 639 codes and IETF language tags for individual constructed languages, complete as of April 2019.

The Southern Min Wikipedia or Holopedia is the Southern Min edition of Wikipedia, the free encyclopedia. It is the second largest Wikipedia in a variety of Chinese. Written in Pe̍h-ōe-jī, it mainly uses the Hokkien Taiwanese dialect. As of November 2016, it has over 200,000 articles.