I Heart Movies consists of local and Filipino-dubbed international films from its distributors including Paramount Pictures, Warner Bros. Pictures, Walt Disney Studios Motion Pictures, 20th Century Fox, Universal Pictures, Sony Pictures, and their own studio GMA Pictures, among others. [3] [2] As a digital channel, I Heart Movies would not compete with other movie channels in the Philippines that broadcast through cable and satellite. [4]

On 5 April 2021, in-time for their launch, the channel released a new Station ID with the Theme Song "I Heart Movies" sung by Rita Daniela and Ken Chan.

As of April 5, 2021, I Heart Movies films are divided into various programming blocks:

Turner Classic Movies (TCM) is an American movie-oriented pay-TV network operated by the Kids, Young Adults and Classics division of Warner Bros. Entertainment, a subsidiary of AT&T's WarnerMedia. Launched in 1994, TCM is headquartered at Turner's Techwood broadcasting campus in the Midtown business district of Atlanta, Georgia.

ABS-CBN is a Philippine commercial television and new media network, program distributor, and television production company that serves as the flagship property of ABS-CBN Corporation, a company under the Lopez Group. The network is headquartered at the ABS-CBN Broadcasting Center in Quezon City, with additional offices and production facilities in 25 major cities including Baguio, Naga, Bacolod, Iloilo, Cebu, and Davao. ABS-CBN's production and post-production facility is located at ABS-CBN Horizon PEZA IT Park at San Jose del Monte, Bulacan which opened in 2018. ABS-CBN is colloquially referred to as the Kapamilya Network; this branding was originally introduced in 1999 and was officially introduced in 2003 during the celebration of its 50th anniversary. ABS-CBN is the largest media company in the country in terms of assets, manpower, and international coverage. As of now, the terrestrial broadcasting operations of the network is indefinitely suspended due to lack of license and franchise, but broadcasting activities continues online, cable and satellite, streaming platforms, and on free terrestrial television.

Cartoon Network (CN) is a Filipino pay television channel created by Warner Bros., which primarily shows animated programming. The Philippine version is a branch of Cartoon Network Southeast Asia, and broadcasts exclusively in the Philippines.

GMA Pictures is a film and television production company established by GMA Network in 1995. Its films have become both critical acclaim and commercial successes, among which are Jose Rizal, Muro Ami, and Deathrow. Between 2017 and 2018, the company was on hiatus until they were active again in 2019.

Viva Films is a Filipino film production company founded on November 11, 1981, by Vicente del Rosario, Jr. It is owned by Viva Entertainment.

This TV is an American free-to-air television network owned by ThisTV, LLC, part of the Allen Media Group division of Entertainment Studios. Originally formed in 2008 as a joint venture between Metro-Goldwyn-Mayer and Weigel Broadcasting, the network maintains a large programming emphasis on films, but also airs other limited general entertainment content in the form of classic television series and children's programming.

LMN is an American pay television network owned by A&E Networks, a joint venture between the Disney Media Networks subsidiary of The Walt Disney Company and the Hearst Communications. LMN carries movies and exclusive shows aimed at women, especially made for television movies. Many, though not all, of the movies that air on the network are Lifetime originals that were first shown on the flagship Lifetime channel; in turn, the network also premieres original films that are later broadcast on Lifetime. Until they ended their involvement in television films in the early 2000s, the network's earliest programming consisted of movies originally meant for broadcast networks.

Nickelodeon is a Philippine pay television channel that was launched on 1 April 2011 as a localised variant of American channel Nickelodeon, with programming aimed at children and teenagers. It is owned by ViacomCBS Networks EMEAA in partnership with All Youth Channels. Upon its launch, it replaced the Southeast Asian feed of Nickelodeon in the Philippines, which used to be distributed in the country since its launch in 1998.

Movie Central was a Philippine pay television channel created by ABS-CBN and one of the freemium channels of ABS-CBN TVplus. The channel's programming consists of mainly foreign and Hollywood movies. It was the second digital terrestrial television-exclusive movie channel after Cine Mo!, which also airs Hollywood and foreign movies in original English audio. Movie Central operated daily from 7:00 AM to 1:00 AM of the following day. It was available for a free-trial basis from July 30, 2018 to May 5, 2020, alongside O Shopping, Asianovela Channel, Jeepney TV, and Myx.

One Screen is a Philippine pay television entertainment channel based in Mandaluyong. It is owned by MediaQuest Holdings, Inc. through Cignal TV. It went test broadcast on September 2019 and made its official launch on June 15, 2020, exclusively on satellite provider Cignal. One Screen is the fifth MediaQuest channel launched under the One branding, along with the English-language news channel One News, cable sports channel One Sports+, Filipino-language news/talk channel One PH, free TV sports channel One Sports, and lifestyle portal One Life.

Hallypop is a Philippine free-to-air television channel owned by American company Jungo TV in partnership with GMA Network Inc. The channel was on test broadcast from September 6-19, 2020; and was officially launched on September 20, 2020. It operates daily from 6:00 AM to 12:00 MN. 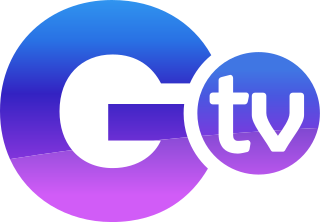