I Left My Heart in San Francisco

Last updated July 17, 2021
Popular US Song
For the album, see I Left My Heart in San Francisco (album).
1962 single by Tony Bennett

In 1962, the song was released as a single by Bennett on Columbia Records as the b-side to "Once Upon a Time", peaked at #19 on the U.S. Billboard Hot 100, and was also included on the album I Left My Heart in San Francisco . It also reached number seven on the Easy Listening chart. [1] The song is one of the official anthems for the city of San Francisco. In 2018, it was selected for preservation in the National Recording Registry by the Library of Congress as being "culturally, historically, or artistically significant", [2]

The music was written by George Cory, with lyrics by Douglass Cross, about two amateur writers nostalgic for San Francisco after moving to New York.[ citation needed ]

Although the song was originally written for Claramae Turner, who often used it as an encore, she never got around to recording it. The song found its way to Tony Bennett through Ralph Sharon, Bennett's longtime accompanist and friends with the composers. Sharon brought the music along when he and Bennett were on tour and on their way to San Francisco's Fairmont Hotel.[ citation needed ]

Prior to Tony Bennett hearing it, the song was pitched to Tennessee Ernie Ford, whom Claramae Turner suggested Cross take it to. Ford turned the song down.

Bennett first recorded the song at the CBS 30th Street Studio on January 23, 1962; CBS released it as the b-side of "Once Upon A Time." The A-side received no attention, and DJs began flipping the record over and playing "San Francisco". [4] It became a hit on the pop singles chart in 1962 and spent close to a year on various other charts, achieving gold record status. It then won the top prize of Grammy Award for Record of the Year, as well as for Best Male Solo Vocal Performance.

In 2001 "I Left My Heart in San Francisco" was ranked 23rd on an RIAA/NEA list of the most historically significant Songs of the 20th Century.

It has often been performed in public by Bennett in concert as well as on special occasions. A statue of Tony Bennett was unveiled outside the Fairmont Hotel on 19 August 2016, in honor of his 90th birthday, the hotel performance, and the song's history with San Francisco. [5]

The Songwriters Hall of Fame gave Bennett the Towering Performance Award for his vocal rendition of the song. [6]

Rhythm and blues singer Bobby Womack released a version on Minit Records which peaked at #48 on the Billboard R&B chart in 1969. [7]

On May 15, 1984, the song was adopted by the City and County of San Francisco as one of its two official anthems, the other being the title song from the 1936 film San Francisco .

A slower-paced piano only version of the song appears as the intro theme to the Canadian television show Trailer Park Boys.

The San Francisco Giants play the song after each victory at their home field, Oracle Park. [8] Bennett has performed the song live at multiple Giants games, including the 1993 home opener at Candlestick Park [9] and before games in the 2002 and 2010 World Series. [10] [11]

At noon (PDT) on Saturday, April 25, 2020, in the midst of the coronavirus pandemic and the shelter-in-place orders for people across the United States, San Franciscan residents sang I Left My Heart in San Francisco in unison from their residences and other places of sheltering as a tribute to the spirit of the city and its fight to keep the virus in check. Tony Bennett led the sing-along. [12] [13]

John Royce Mathis is an American singer-songwriter of popular music. Starting his career with singles of standard music, he became highly popular as an album artist, with several dozen of his albums achieving gold or platinum status and 73 making the Billboard charts to date. Mathis has received the Grammy Lifetime Achievement Award and has been inducted into the Grammy Hall of Fame for three separate recordings.

"Theme from New York, New York" is the theme song from the Martin Scorsese film New York, New York (1977), composed by John Kander, with lyrics by Fred Ebb. It was written for and performed in the film by Liza Minnelli. It remains one of the best-known songs about New York City. In 2004 it finished #31 on AFI's 100 Years...100 Songs survey of top tunes in American Cinema.

"The Man that Got Away" is a torch song, published in 1953 and written for the 1954 version of the film A Star Is Born. The music was written by Harold Arlen, and the lyrics by Ira Gershwin. In 1955, it was nominated for the Academy Award for Best Original Song. In 2004, Judy Garland's performance of the song was selected by the American Film Institute as the eleventh greatest song in American cinema history.

"Cold, Cold Heart" is a country music and pop song recorded by Hank Williams. This blues ballad is both a classic of honky-tonk and an entry in the Great American Songbook.

Moe Jaffe was a songwriter and bandleader who composed more than 250 songs. He is best known for six: "Collegiate", "The Gypsy in My Soul", "If I Had My Life to Live Over", "If You Are But a Dream", "Bell Bottom Trousers", and "I'm My Own Grandpa".

Claramae Turner was an American operatic contralto, perhaps best known for her appearance in the film Carousel (1956), adapted from the Rodgers and Hammerstein stage musical of the same name.

"The Best Is Yet to Come" is a 1959 song composed by Cy Coleman to lyrics by Carolyn Leigh. It is associated with Frank Sinatra, who recorded it on his 1964 album It Might as Well Be Swing accompanied by Count Basie under the direction of Quincy Jones. It was the last song Sinatra sang in public, on February 25, 1995, and the words "The Best is Yet to Come" are etched on Sinatra's tombstone. Although Sinatra made it popular, the song was written for and introduced by Tony Bennett. 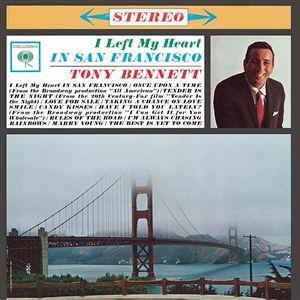 I Left My Heart in San Francisco is an album by Tony Bennett, released in 1962 on Columbia Records. It peaked at #5 on the Billboard pop albums chart, and has been certified platinum by the RIAA. Originally available as Columbia rekey CL 1869 (mono) and CS 8669 (stereo), it is one of the best-selling albums of Bennett's career. 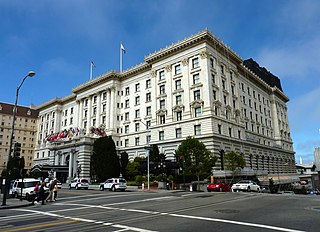 The Fairmont San Francisco is an AAA Four-Diamond luxury hotel at 950 Mason Street, atop Nob Hill in San Francisco, California. The hotel was named after mining magnate and U.S. Senator James Graham Fair (1831–94), by his daughters, Theresa Fair Oelrichs and Virginia Fair Vanderbilt, who built the hotel in his honor. The hotel was the vanguard of the Fairmont Hotels and Resorts chain. The group is now owned by Fairmont Raffles Hotels International, but all the original Fairmont hotels still keep their names. 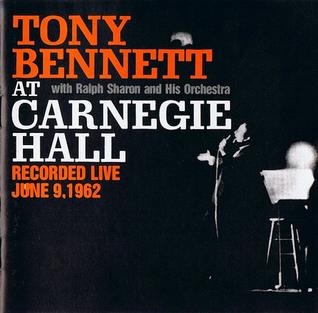 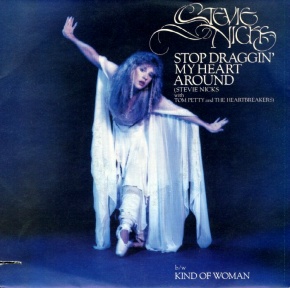 "Stop Draggin' My Heart Around" is a song by Stevie Nicks, the first single from her debut solo album Bella Donna (1981). The track is the album's only song that was neither written nor co-written by Nicks. Written by Tom Petty and Mike Campbell as a Tom Petty and the Heartbreakers song, Jimmy Iovine, who was also working for Stevie Nicks at the time, arranged for her to sing on it. Petty sang with Nicks in the chorus and bridge, while his entire band played on the song.

"Theme from San Francisco," also known as "San Francisco," is a song from the 1936 American film San Francisco. It was written by Bronislaw Kaper and Walter Jurmann, with lyrics by Gus Kahn. It is sung by Jeanette MacDonald six times in the film, and becomes an anthem for the survivors of the 1906 earthquake. 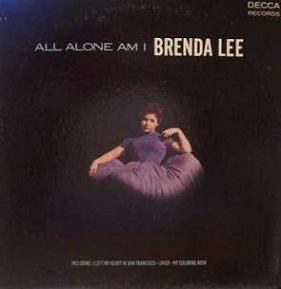 All Alone Am I is the eighth studio album by American pop and country artist Brenda Lee. The album was released February 18, 1963, on Decca Records and was produced by Owen Bradley. The album was the first of two studio albums released in 1963 and the album's title track became a Top 10 hit on the Billboard Hot 100. 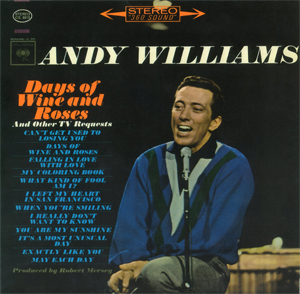 Days of Wine and Roses and Other TV Requests is the eleventh studio album by American pop singer Andy Williams and was released in April 1963 by Columbia Records following his first season as host of his variety series, The Andy Williams Show. The LP has a studio recording of the closing theme from the show, "May Each Day", and continues the format of his previous Columbia releases by including songs from the 1920s, 1930s, 1940s, and 1950s.

"The Folks Who Live on the Hill" is a 1937 popular song composed by Jerome Kern, with lyrics by Oscar Hammerstein II.

George C. Cory Jr. was an American pianist and composer whose most notable work was the music to the song "I Left My Heart in San Francisco". His partner, Douglass Cross, wrote the lyrics. When the song was written in 1953, Cory and Cross were amateur songwriters who had moved to New York following military service during World War II and had become homesick for the West Coast. After pitching the song unsuccessfully to other artists for about eight years, the song was picked up by Ralph Sharon, Tony Bennett's musical director, who suggested to Bennett that it would be a good song for a 1962 "Happy New Year" engagement scheduled at the Fairmont Hotel in San Francisco. Mayor George Christopher and future mayor Joseph L. Alioto were in attendance. After a good response to the song, Bennett recorded it shortly thereafter and released it in February 1962. The song became an enduring hit and in 1969 was named as the official song of San Francisco. The two authors were present at the meeting when the city's board of governors selected it by a unanimous decision.