Sir William Ian Axford, FRS (2 January 1933 – 13 March 2010) was a New Zealand space scientist who was director of Germany's Max Planck Institute for Aeronomy from 1974 to 1990. Axford's research was focused on the interaction of the sun with the magnetic field of earth (magnetosphere) or the interstellar medium (heliosphere).

Axford studied at Canterbury University in Christchurch for his double bachelor's degrees in science and engineering, followed by a double Master's in science with first class honours and in engineering with distinction, then undertook doctoral studies at the University of Manchester and received his PhD in 1960. [2]

After a year at the University of Cambridge in 1960, where he played two matches of first-class cricket for the Cambridge University Cricket Club, [3] Axford then joined the Defence Research Board of Canada, where he published one of his most cited papers: A unifying theory of high-latitude geophysical phenomena and geomagnetic storms, in 1961. [4] He became a professor of physics and astronomy at Cornell University, Ithaca, New York in 1963. He later moved to the University of California, San Diego.

Axford became a director at the Max Planck Institute for Aeronomy (since renamed the Max Planck Institute for Solar System Research) in 1974. [5] He held that position, with a short break in which he was Vice Chancellor of the Victoria University of Wellington from 1982 to 1985, until his retirement in 2001. The institute participated in the international missions Giotto to Halley's Comet, solar observatories Ulysses and SOHO while Axford was director of the institute. The science of all three missions had a strong connection to the activity of the sun: SOHO and Ulysses monitored solar activity, and the Giotto mission was able to monitor the interaction of solar particles with Halley's Comet. Most of Axford's research was associated with the magnetosphere and the heliosphere.

On his 60th birthday, the asteroid 5097 Axford was named in his honour at an astronomical symposium in Germany. [2]

The solar wind is a stream of charged particles released from the upper atmosphere of the Sun, called the corona. This plasma mostly consists of electrons, protons and alpha particles with kinetic energy between 0.5 and 10 keV. The composition of the solar wind plasma also includes a mixture of materials found in the solar plasma: trace amounts of heavy ions and atomic nuclei C, N, O, Ne, Mg, Si, S, and Fe. There are also rarer traces of some other nuclei and isotopes such as P, Ti, Cr, Ni, Fe 54 and 56, and Ni 58,60,62. Embedded within the solar-wind plasma is the interplanetary magnetic field. The solar wind varies in density, temperature and speed over time and over solar latitude and longitude. Its particles can escape the Sun's gravity because of their high energy resulting from the high temperature of the corona, which in turn is a result of the coronal magnetic field. 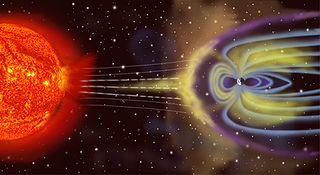 Sakigake, known before launch as MS-T5, was Japan's first interplanetary spacecraft, and the first deep space probe to be launched by any country other than the USA or the Soviet Union. It aimed to demonstrate the performance of the new launch vehicle, test the schemes of the first escape from the Earth gravitation for Japan on engineering basis, and observe space plasma and magnetic field in interplanetary space. Sakigake was also supposed to get references for scientists. Early measurements would be used to improve the mission of the Suisei probe several months later.

Sydney Chapman was a British mathematician and geophysicist. His work on the kinetic theory of gases, solar-terrestrial physics, and the Earth's ozone layer has inspired a broad range of research over many decades. 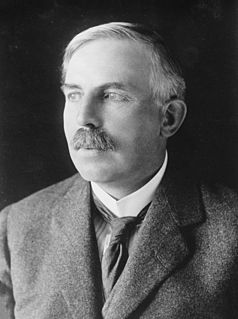 Julius Bartels was a German geophysicist and statistician who made notable contributions to the physics of the Sun and Moon; to geomagnetism and meteorology; and to the physics of the ionosphere. He also made fundamental contributions to statistical methods for geophysics. Bartels was the first President of the International Association of Geomagnetism and Aeronomy (IAGA). With Sydney Chapman, he wrote the influential book Geomagnetism.

The Max Planck Institute for Solar System Research is a research institute in astronomy and astrophysics located in Göttingen, Germany, where it relocated in February 2014 from the nearby village of Lindau. The exploration of the solar system is the central theme for research done at this institute. 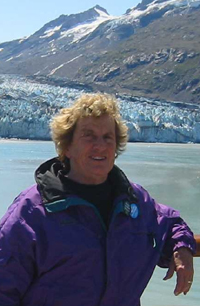 Joan Feynman is an American astrophysicist. She has made important contributions to the study of solar wind particles and fields; sun-Earth relations; and magnetospheric physics. In particular, Feynman is known for developing an understanding of the origin of auroras. She is also known for creating a model that predicts the number of high-energy particles likely to hit a spacecraft over its lifetime, and for uncovering a method for predicting sunspot cycles.

Juan G. Roederer is a professor of physics emeritus at the University of Alaska Fairbanks (UAF). His research fields are space physics, psychoacoustics, science policy and information theory. He conducted pioneering research on solar cosmic rays, on the theory of earth’s radiation belts, neural networks for pitch processing, and currently on the foundations of information theory. He is also an accomplished organist. 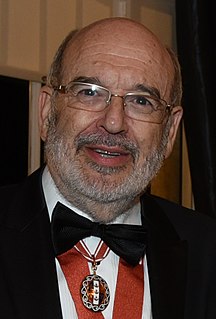 Energetic neutral atom (ENA) imaging, often described as "seeing with atoms", is a technology used to create global images of otherwise invisible phenomena in the magnetospheres of planets and throughout the heliosphere, even to its outer boundary. This constitutes the far-flung edge of the solar system.

Dr. Ramón E. López is a Space Physicist and author, who played an instrumental role in the implementation of a hands-on science program in the elementary and middle grades of the Montgomery County Public School System (MCPS) in Maryland. López, also leads a research group in both space physics and science education. He is the co-author of a book on space weather titled Storms from the Sun which discusses the magnetic properties of the sun, solar wind, and how these effect the magnetosphere of earth. López is the 2002 recipient of the prestigious Nicholson Medal for Human Outreach which recognizes the humanitarian aspect of physics and physicists, along with other awards. He has also been elected a Fellow of the Americal Physical Society and a Fellow of the American Association for the Advancement of Science.

Valery Troitskaya was a Russian geophysicist who is known for her work on Ultra Low Frequency (ULF) waves.

Eberhard Grün is a German planetary scientist specialized in cosmic dust research. He is an active emeritus at the Max Planck Institute for Nuclear Physics , Heidelberg (Germany), research associate at the Laboratory for Atmospheric and Space Physics (LASP) in Boulder (Colorado), and was a Professor at the University of Heidelberg until his retirement in 2007. Eberhard Grün has a leading role in international cosmic dust science since over 30 years.

The Heliophysics Science Division of the Goddard Space Flight Center (NASA) conducts research on the Sun, its extended solar system environment, and interactions of Earth, other planets, small bodies, and interstellar gas with the heliosphere. Division research also encompasses geospace—Earth's uppermost atmosphere, the ionosphere, and the magnetosphere—and the changing environmental conditions throughout the coupled heliosphere.

Solar phenomena are the natural phenomena occurring within the magnetically heated outer atmospheres in the Sun. These phenomena take many forms, including solar wind, radio wave flux, energy bursts such as solar flares, coronal mass ejection or solar eruptions, coronal heating and sunspots.

Space climate is the long-term variation in solar activity within the heliosphere, including the solar wind, the Interplanetary magnetic field (IMF), and their effects in the near-Earth environment, including the magnetosphere of Earth and the ionosphere, the upper and lower atmosphere, climate, and other related systems. The scientific study of space climate is an interdisciplinary field of space physics, solar physics, heliophysics, and geophysics. It is thus conceptually related to terrestrial climatology, and its effects on the atmosphere of Earth are considered in climate science.

Nancy U. Crooker is an American physicist and professor emerita of space physics at Boston University, Massachusetts. She has made major contributions to the understanding of geomagnetism in the Earth's magnetosphere and the heliosphere, particularly through the study of interplanetary electrons and magnetic reconnection.