Ian Greenberg (15 June 1942 – 10 January 2022) was a Canadian businessman and media pioneer. He was the co-founder of Astral Media Inc. and served as its president and chief executive officer (CEO) from 1996 until his death. [1]

Greenberg was born in Montreal [2] on 15 June 1942. [3] He was one of ten children of Annie and Abraham Greenberg, who worked as a municipal bailiff. [4] Greenberg grew up in a humble household, and his mother died in 1961 when he was nineteen. [4] [5] He graduated from Harvard Business School's six-week Advanced Management program. [4]

In 1961, Greenberg, along with his brothers Harold, Sidney and Harvey, co-founded what would eventually become Astral Media Inc. They took out a C$15,000 loan from the future father-in-law of Sidney and named their business Angreen Photo Inc., in honour of their late mother. [4] [5] It was initially focused on photographic processing – drawing on the previous work experience of two of his older brothers [4] – and was based inside Miracle Mart department stores. [5] [6] The brothers secured exclusive rights to sell photo merchandise at Expo 67 held in their hometown. [4]

They eventually made their business, since renamed to Astral Communications, a public company in 1974. [5] It took over the Pathé-Humphries motion picture lab that same year, and went on to be known as AstralTech. [6] The company expanded into other business areas, such as the production and distribution of films and television shows. [2] [5] Although its early productions were mediocre, the sex comedy Porky's (1982) became the highest-grossing Canadian movie at the North American box office for two decades until My Big Fat Greek Wedding in 2002. [5]

The success of Porky's enabled Astral to have more room to manoeuvre financially, [2] and the Greenberg brothers quickly divested from film production in favour of pay television. [5] [6] After Harold's death in 1996, Greenberg assumed control of the company as president and CEO. He gradually transformed the company, which had begun as a photographic specialty business, into a pure-play media company (in the 1990s), focused on television, radio, out-of-home advertising and digital media properties. [5] [6] The business was again rebranded in February 2000 as Astral Media. [6]

Before its sale in 2013, Astral Media had over 2,800 employees in fifty cities across Canada. [7] Under Greenberg's direction, Astral Media had grown to operate 84 radio stations, [8] 24 pay and specialty television channels, [9] and over 9,500 out-of-home advertising faces. [10] The company also operated over 100 websites. [11]

On March 16, 2012, Astral Media announced it had signed an agreement to sell the company to BCE, Inc (Bell Canada). The Canadian Radio-television and Telecommunications Commission (CRTC) initially denied BCE's bid to acquire Astral seven months later, but ultimately approved a re-tooled bid in 2013. [12]

Greenberg and his brothers were awarded the Eleanor Roosevelt Humanities Award for their exceptional contributions to philanthropic endeavours in 1993. [13] He was a member of the Canadian Council of Chief Executives and a governor of the Sir Mortimer B. Davis Jewish General Hospital in Montreal. [13] He was also a member of the board of directors of Cineplex Entertainment. [14]

CHUM Limited was a Canadian media company based in Toronto, Ontario in operation from 1945 to 2007. It held full or joint control of two Canadian television systems—Citytv and A-Channel —comprising 11 local stations, one CBC Television affiliate, one provincial educational channel, and 20 branded specialty television channels, most notably MuchMusic and its various spinoffs. In addition, CHUM owned 33 radio stations across Canada under its CHUM Radio Network division. At various points in its history, CHUM also owned other radio stations as well as ATV and the Atlantic Satellite Network in Atlantic Canada. 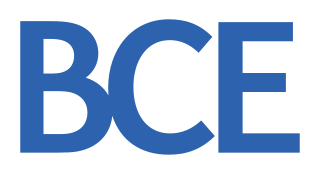 BCE Inc., formerly Bell Canada Enterprises Inc., is a publicly traded Canadian holding company for Bell Canada, which includes telecommunications providers and various mass media assets under its subsidiary Bell Media Inc. Founded through a corporate reorganization in 1983 when Bell Canada, Northern Telecom, and other related companies all became subsidiaries of Bell Canada Enterprises Inc., it is one of Canada's largest corporations. The company is headquartered at 1 Carrefour Alexander-Graham-Bell in the Verdun borough of Montreal, Quebec, Canada. 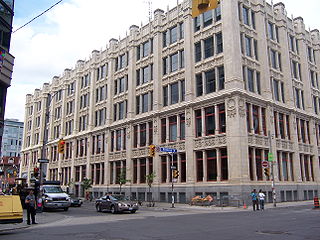 Astral Media Inc. was a Canadian media conglomerate. It was Canada's largest radio broadcaster, with 84 radio stations in eight provinces. Astral was also a major player in premium and specialty television in Canada, with 23 specialty channels and two conventional stations. In addition, Astral had a presence in out-of-home advertising. 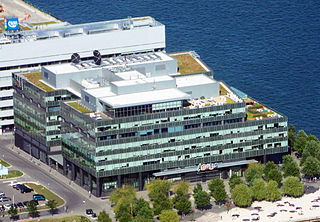 Family Channel is a Canadian English-language specialty channel owned by WildBrain which launched on September 1, 1988. Originally a premium, commercial-free service, this formal categorization has since been removed from the CRTC's policies, allowing Family to transition to a conventional, ad-supported format. The channel is headquartered in the Brookfield Place office complex, near the Financial District of Downtown Toronto. It has transmitted from Corus Quay since at least 2014. 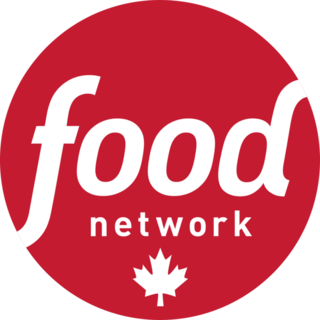 Food Network, formerly called Food Network Canada, is a Canadian English language specialty channel based on the U.S. cable network of the same name. It airs programming related to food, cooking, cuisine, and the food industry. The Canadian version of Food Network is a joint venture between Corus Entertainment and the U.S. network's parent company Television Food Network, G.P..

CJDC-TV, VHF analogue channel 5, is a CTV 2 owned-and-operated television station licensed to Dawson Creek, British Columbia, Canada. Owned by the Bell Media subsidiary of BCE Inc., it is part of the Great West Television system. CJDC-TV's studios are located on 102 Avenue and 9 Street in Dawson Creek, and its transmitter is located near 233 Road in Peace River. On cable, the station is available on Shaw Cable channel 3.

CKZZ-FM (Z95.3) is a Canadian radio station in Vancouver, British Columbia. It broadcasts at 95.3 MHz on the FM band with an effective radiated power of 71,300 watts from a transmitter on Mount Seymour, and its studios are located in Richmond. The station has had a hot adult contemporary format since 2004, and is owned by Stingray Group.

Sylvia Tyson, is a Canadian musician, performer, singer-songwriter and broadcaster. She is best known as part of the folk duo Ian and Sylvia, with Ian Tyson. Since 1993, she has been a member of the all-female folk group Quartette.

CFTK-TV, VHF analogue channel 3, is a CTV 2 owned-and-operated television station licensed to Terrace, British Columbia, Canada. Owned by the Bell Media subsidiary of BCE Inc., it is part of the Great West Television system. CFTK-TV's studios are located on Lazelle Avenue in Terrace, and its transmitter is located on Thornhill Mountain. The station operates rebroadcast transmitters in Prince Rupert and Smithers. On cable and satellite, CFTK-TV is available on Citywest Cable channel 7, Shaw Direct channel 324 and Bell Satellite TV channel 257.

TSN Radio is a semi-national sports radio brand and part-time network in Canada carried on AM radio stations owned by Bell Media. The TSN Radio brand, and some of the stations' content, is shared with Bell Media's television sports channel, The Sports Network. With the American sports media company ESPN being a minority shareholder in TSN, most of the stations also air some ESPN Radio programming, usually on weekends and/or overnight. 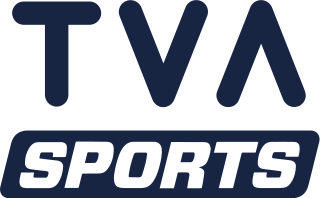 The following is a list of events affecting Canadian television in 2012. Events listed include television show debuts, finales, cancellations, and channel launches, closures and rebrandings.

Cartoon Network is a Canadian English language specialty channel owned by Corus Entertainment subsidiary Teletoon Canada, Inc., with its branding used through a brand licensing agreement with WarnerMedia. The CRTC classifies the network as a discretionary service. Based on the American network of the same name, Cartoon Network broadcasts animated programming aimed at children and teens. Until 2019, Cartoon Network also carried a domestic version of Adult Swim, a late-night block targeting adults.

The following is a list of events affecting Canadian television in 2013. Events listed include television show debuts, finales, cancellations, and channel launches, closures and rebrandings.

Don Shafer is an American-born Canadian broadcaster and radio industry executive. He has worked at and managed numerous radio stations in the United States and Canada for over 50 years.