Ibrahim Abouleish (23 March 1937 – 15 June 2017) [1] was an Egyptian philanthropist, drug designer and chemist. He began his chemistry and medicine studies at the age of 19 in Austria. He did his doctorate in 1969 in the field of pharmacology and then worked in leading positions within pharmaceutical research. During this time he was granted patents for a number of new medicines, [2] especially for osteoporosis and arteriosclerosis.

In 1977 he returned to Egypt and founded the comprehensive development initiative SEKEM. The organization began using biodynamic farming methods in Egypt, successfully demonstrating a model for sustainable agriculture on arid desert lands without requiring irrigation. Abouleish later expanded SEKEM to include a Waldorf school, a medical center, various businesses, and adult education initiatives ranging from vocational training to the establishment of Heliopolis University.

He was selected as an "Outstanding Social Entrepreneur" by the Schwab Foundation in 2004. [3] In 2006 he was appointed as a councillor at the World Future Council. [4] In 2012, Dr. Ibrahim Abouleish was appointed an Oslo Business for Peace Honouree, receiving his award at Oslo City Hall, from The Business for Peace Foundation. In 2013 he received the Global Thinkers Forum 2013 Award for Excellence in Positive Change. In 2003, he was awarded the Right Livelihood Award for "a 21st century business model which combines commercial success with social and cultural development."

The Right Livelihood Award is an international award to "honour and support those offering practical and exemplary answers to the most urgent challenges facing us today." The prize was established in 1980 by German-Swedish philanthropist Jakob von Uexkull, and is presented annually in early December. An international jury, invited by the five regular Right Livelihood Award board members, decides the awards in such fields as environmental protection, human rights, sustainable development, health, education, and peace. The prize money is shared among the winners, usually numbering four, and is EUR 200,000. Very often one of the four laureates receives an honorary award, which means that the other three share the prize money.

Johan Vincent Galtung is a Norwegian sociologist, mathematician, and the principal founder of the discipline of peace and conflict studies. 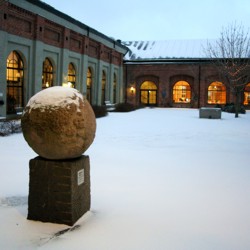 The Peace Research Institute Oslo is an independent peace and conflict studies research institution, based in Oslo, Norway. It is regarded as the world's "oldest and most prominent peace research center." It was founded in 1959 by a group of Norwegian researchers led by Johan Galtung, the principal founder of peace and conflict studies, who was also the institute's first director. The Journal of Peace Research, the discipline's preeminent journal, is also published by PRIO. 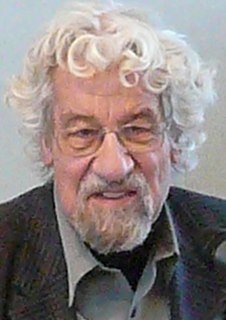 Mohammad Abdulla Al Gergawi is the Minister of Cabinet Affairs and the Future of the United Arab Emirates and the Chairman of the Executive Office of Sheikh Mohammed bin Rashid Al Maktoum, in the Government of Dubai. He leads the development of the UAE Federal Government Strategy and oversees its overall delivery, performance and future readiness. Al Gergawi is known to have been part of many of Dubai's successful projects and has forward looking foresight on the future of the Emirate and the world.

Jeffrey Cheah Fook Ling is the founder and current chairman of the Sunway Group, a Malaysian conglomerate operating in 12 industries with core businesses in property and construction. Jeffrey Cheah is Foundation Chancellor of Sunway University in Malaysia. He is also a Founding Trustee of the Jeffrey Cheah Foundation.

The organization SEKEM was founded in 1977 by the Egyptian pharmacologist and social entrepreneur Dr. Ibrahim Abouleish in order to bring about cultural renewal in Egypt on a sustainable basis. Located northeast of Cairo, the organization now includes: 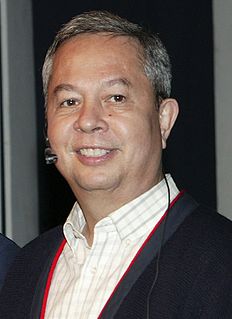 Nicanor Jesús "Nick/Nicky" Pineda Perlas III is a Filipino activist and a recipient of the Right Livelihood Award in 2003.

Acumen is a non-profit impact investment fund with over 15 years’ experience in investing in social enterprises that serve low-income communities in developing countries across Sub-Saharan Africa, South Asia, Latin America, and the United States. It aims to demonstrate that small amounts of philanthropic capital, combined with large doses of business acumen can result in thriving enterprises that serve vast numbers of the poor. Over the years, Acumen has invested $115 million in 113 companies and has had a successful track record in sourcing and executing investment opportunities in the clean energy, health care and agriculture sectors. 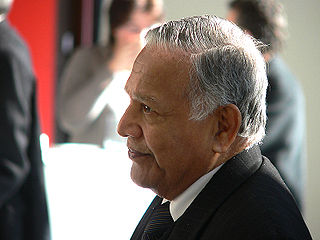 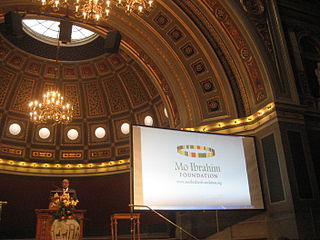 The Mo Ibrahim Foundation was established in 2006 with a focus on the critical importance of leadership and governance in Africa.

Jørgen Randers is a Norwegian academic, professor of climate strategy at the BI Norwegian Business School, and practitioner in the field of future studies. His professional field encompasses model-based futures studies, scenario analysis, system dynamics, sustainability, climate, energy and ecological economics. He is also a full member of the Club of Rome, a company director, member of various not-for-profit boards, business consultant on global sustainability matters and author. His publications include the seminal work The Limits to Growth (co-author), and Reinventing Prosperity. 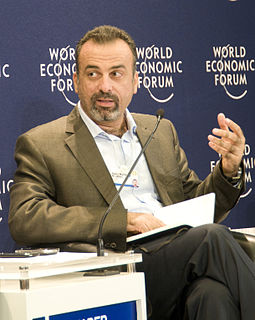 Dr. Abdul Malik Al-Jaber is a Palestinian businessman. He served as the CEO of Zain Jordan, the country's leading telecommunications provider for two years till July 1, 2011, and is a member of the board of the World Economic Forum.

Business for Peace (BfP) is a non-profit foundation based in Oslo, Norway. Each year, the foundation names up to seven Honourees who receive the Oslo Business for Peace Award, in recognition of their individual and outstanding businessworthy contribution to the building of trust, stability and peace. The Honourees are selected by an independent committee composed of winners of either the Nobel Peace Prize or Nobel Memorial Prize in Economic Sciences. 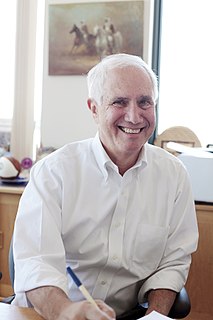 Joel Lamstein is the co-founder and president of John Snow, Inc. (JSI) and JSI Research & Training Institute, Inc., international public health research and consulting firms. Founded in 1978, JSI has more than 2,100 employees worldwide dedicated to improving the health of individuals and communities, working across the United States and the world.

The Tony Elumelu Foundation (TEF) is an African non-profit organization founded in 2010 by Tony O. Elumelu and headquartered in Lagos, Nigeria, based on his belief that, with the right support, entrepreneurs can be empowered to contribute meaningfully to Africa's prosperity and social development. The Foundation is intent on charting a new course for African philanthropy and does not operate merely as a grant-awarding organisation but provides a holistic system of effective and intensive support for entrepreneurs through its 7-pillar model. It is a pioneer member of the Global Impact Investment Rating System (GIIRS). So far, the Foundation has empowered 7,520 African entrepreneurs across 54 African countries.

The Euro-Mediterranean Association for Cooperation and Development e.V. (EMA) is a German nonprofit organization that works in the field of development cooperation between Europe, especially Germany, and the countries of the Mediterranean and the Middle East. It is based in Hamburg, with branches in Berlin, Bavaria and North Rhine-Westphalia. The association's aim is to further economic development cooperation and political, cultural and academic exchange between Germany and the countries of Northern African, the Middle East and the Gulf.

Global Thinkers Forum (GTF) is a non-profit, London-based organisation and was incubated at Oxford University’s Said Business School in 2011. It has been created to "help our societies and leaders navigate a very complex world".