Ibrahim Agboola Gambari,CFR (born November 24,1944),is a Nigerian academic and diplomat who is currently serving as Chief of Staff to the President of Nigeria. [1] [2] [3]

Ibrahim Agboola Gambari was born on 24 November 1944 in Ilorin,Kwara State to a Fulani ruling class family. His nephew Ibrahim Sulu Gambari is the Emir of Illorin. [4]

Gambari began his teaching career in 1969 at City University of New York before working at University of Albany. Later,he taught at Ahmadu Bello University,in Zaria,Kaduna State. [6] From 1986 to 1989,he was Visiting Professor at three universities in Washington,D.C.:Johns Hopkins School of Advanced International Studies,Georgetown University and Howard University. He has also been a research fellow at the Brookings Institution also in Washington D.C. and a Resident Scholar at the Bellagio Study and Conference Center,the Rockefeller Foundation-run center in Italy. He has written so many books and published in reputable journals in foreign policy and international relations,such as 'Theory and Reality in Foreign Policy:Nigeria after second Republic',

Gambari served as the Minister for External Affairs between 1984 and 1985 under General Muhammadu Buhari's military regime,after he was the director general of The Nigerian Institute of International Affairs (NIIA). From 1990 to 1999,he holds the record of being the longest serving Nigerian Ambassador to the United Nations,serving under five Heads of State and Presidents.

Gambari has held several positions in the United Nations. In 1999,he was the President of UNICEF and later became UN Under Secretary-General and the first Special Adviser on Africa to the UN Secretary General Kofi Annan from 1999 to 2005. He was the Under-Secretary-General of the United Nations for Political Affairs from 2005 to 2007 under Secretary-General's Kofi Annan and Ban Ki-Moon. His last appointment in the UN was from January 2010 to July 2012,when he was appointed by Ban Ki-moon and the Chairperson of the African Union Commission as the Joint African Union-United Nations Special Representative for Darfur. [7] 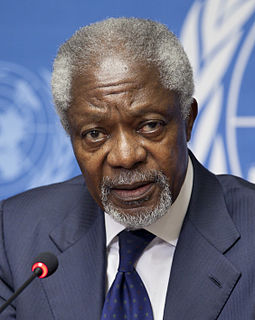 Kofi Atta Annan was a Ghanaian diplomat who served as the seventh Secretary-General of the United Nations (UN) from 1997 to 2006. Annan and the UN were the co-recipients of the 2001 Nobel Peace Prize. He was the founder and chairman of the Kofi Annan Foundation, as well as chairman of The Elders, an international organisation founded by Nelson Mandela.

General Babatunde "Tunde" Abdulbaki Idiagbon was a Nigerian general who served as the 6th Chief of Staff, Supreme Headquarters (second-in-command) under military head of state General Muhammadu Buhari from 1983 to 1985. 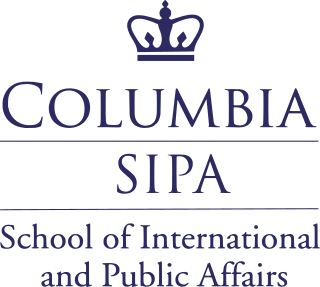 Ahmedou Ould-Abdallah is a Mauritanian diplomat who was a senior United Nations official.

Hassan Bubacar Jallow is a Gambian judge who has served as Chief Justice of the Gambia since February 2017. He was the Prosecutor of the International Criminal Tribunal for Rwanda (ICTR) from 2003 to 2016, and Prosecutor of the Mechanism for International Criminal Tribunals (MICT) from 2012 to 2016, both at the rank of United Nations Under Secretary-General. He served as Minister of Justice and Attorney General from 1984 to 1994 under President Dawda Jawara.

Sir Walter Kieran Prendergast is a British retired diplomat who was Under-Secretary-General for Political Affairs at the United Nations. 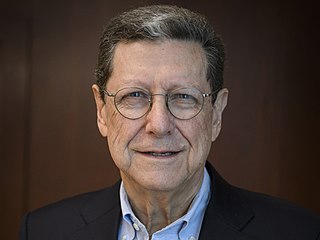 Alan Claude Doss is a British international civil servant who has spent his entire professional life in the service of the United Nations, working on peacekeeping, development and humanitarian assignments in Africa, Asia and Europe as well as at United Nations Headquarters in New York City. 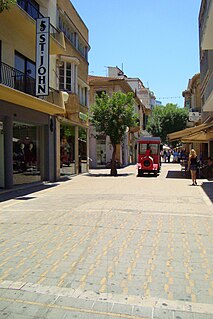 United Nations Security Council Resolution 1728, adopted unanimously on December 15, 2006, after reaffirming all resolutions on the situation in Cyprus, particularly Resolution 1251 (1999), the Council extended the mandate of the United Nations Peacekeeping Force in Cyprus (UNFICYP) for six months until June 15, 2007. 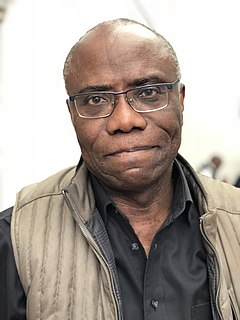 Arnauld Antoine Akodjènou, a native of Benin, is a long-life humanitarian and diplomat, currently serving as Senior Adviser for Africa at the Kofi Annan Foundation specifically working on the Democracy and Electoral Integrity Initiative. Prior to this he served as the Regional Refugee Coordinator and Special Adviser to the High Commissioner for refugees for the South Sudan Situation at the United Nations High Commissioner for Refugees (UNHCR). He has held numerous positions in the United Nations Department of Peace Operations, in Côte d'Ivoire (ONUCI) and Mali (MINUSMA), and as a Deputy Special Representative of UN Secretary General. His career with the UNHCR spans over twenty-five years. 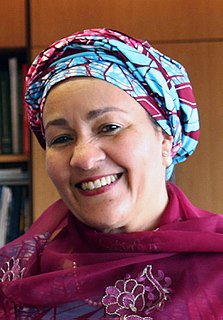 Amina Jane Mohammed is a British-Nigerian diplomat and politician who is serving as the fifth Deputy Secretary-General of the United Nations. Previously, she was Nigerian Minister of Environment from 2015 to 2016 and was a key player in the Post-2015 Development Agenda process.

Ibrahim Kolapo Sulu Gambari is a Nigerian lawyer and monarch appointed in 1995 being the 11th Emir of the Ilorin Emirate in Kwara State from Fulani rulings house and chairman of Kwara State Traditional Councils. He is one of the 10 traditional rulers in northern Nigeria.

Abba KyariOON was a Nigerian lawyer who served as Chief of Staff to the President of Nigeria from August 2015 to April 2020.

Oseloka Henry Obaze (OHO) is a native of Ochuche Umuodu in Anambra State, Nigeria. He is a Nigerian diplomat, politician, author and a retired United Nations official who served the organization as an international civil servant between 1991 and 2012. Prior to working at the United Nations, he worked as a career Foreign Service Officer (FSO) in the Nigerian Diplomatic Service from 1982-1991. Following his retirement from the United Nations, Oseloka H. Obaze served as Secretary to the State Government of Anambra State, Nigeria from June, 2012 till June, 2015 under former Governor Peter Obi and former Governor Willie Obiano. 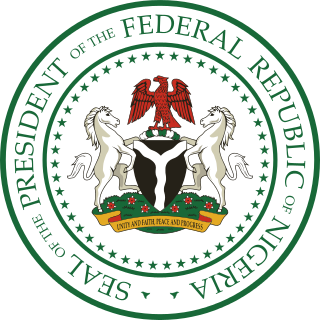 The Chief of Staff to the President of Nigeria is a high-ranking official who manages the Office of the President. The position was created by President Olusegun Obasanjo in 1999, modelled after the White House Chief of Staff; and its duties are assigned by the President but primarily focused on managing the flow of information and people; advising the president on various issues – through these roles the position wields considerable influence.

Patrick Reginald Dennis Hayford is a Ghanaian retired diplomat, international affairs director and administrator. Hayford served for 30 years as a diplomat in the Ghana Foreign Service including serving as Ghana's Ambassador to South Africa. He also served as the Director of African Affairs in the Executive Office of United Nations (UN) Secretary-General Kofi Annan.