Last updated June 05, 2021
Swedish electropop band
This article is about the group. For their self-titled album, see Icona Pop (album).

Icona Pop (English: /aɪˈkɒnəpɒp/ ) is a Swedish electropop duo that formed in 2009, with electro house and indie pop music influences. [5] Its two members Caroline Hjelt and Aino Jawo, grew up in Stockholm and create what the Swedish press has described as music which "you can both laugh and cry to at the same time". [6] [7] They signed to TEN Music Group in 2009 and are currently also in a label deal with Ultra Music. [8] Their biggest hit to date has been "I Love It".

Caroline Hjelt (born 8 November 1987, of a Swedish mother and Sweden-Finnish father [9] ) and Aino Jawo (born 7 July 1986, of a Finnish mother and Gambian father [10] ) attended the same music school in Stockholm, [11] but met by chance at a party in February 2009 and formed the duo. Four weeks later, they had written songs for their very first performance. Two years later, the two described their music as "classical pop melodies with drums and synths". [12]

The English-language press, including NME , The Guardian , Rolling Stone and Pitchfork Media, have praised the duo. [13] [14] [15] The Guardian described the debut single "Manners" as "effortlessly cool". [16] The duo have worked in the studio with producers including Style of Eye, Patrik Berger (Robyn), Elof Loelv (Niki & The Dove) and Starsmith. [17]

In fall 2012, they released an extended play Iconic in the US and the album Icona Pop in Sweden. The duo have performed in those countries as well as, the UK, Germany, Italy, Canada, and Hong Kong and have also been interviewed by members of the Swedish and worldwide press.[ citation needed ]

Main articles: Icona Pop (album) and This Is... Icona Pop

In the summer of 2012, they took part in a number of festivals including electro music festival Summerburst in Gothenburg and also appeared at the Stockholm Stadium, at the start of an international festival and broadcast via Sveriges Television (SVT).

"I Love It", a pre-release of their self-titled debut album Icona Pop charted on Sverigetopplistan, the official Swedish singles chart. The song, which features vocals from British recording artist Charli XCX, was also featured in the 2012 video game Need for Speed: Most Wanted , in a German television commercial for Coca-Cola Light in January 2013, [18] the theme song to the MTV reality-television series Snooki & JWoww , and in an episode of the HBO comedy-drama television series Girls and the popular vampire-teen drama television series The Vampire Diaries . The second single "Ready for the Weekend" was released on 11 September 2012. Both tracks appear on their second EP, released on 16 October 2012. "I Love It" was also used in the commercial for the Samsung Galaxy S4. [19]

On 19 May 2013 the duo performed "I Love It" on the Billboard Music Awards, wearing custom lit outfits by designer Geoffrey Mac. [21] The song also is featured in a commercial for the WNBA's forthcoming season that was aired during the 4th quarter of Game 7 of the Heat-Pacers Eastern Conference Championship game on 3 June 2013. It was also featured in a commercial during the Spurs-Heat basketball game on 9 June 2013.

On 4 June 2013, the duo released their single "Girlfriend". Icona Pop revealed in an interview that they recorded their international album with all new songs. They said that "the new album isn't just going to be sixteen tracks like 'I Love It'" and that they are trying new genres and sounds. In July 2013, they received two Teen Choice awards for Choice Music Breakout Group and Choice Single: Group. [22]

On 28 July 2013, "All Night" was released as the official third single from the album. It gained moderate success on European charts. On 4 August 2013, the duo visited Montreal, where they performed at the Osheaga Festival. [23] They also appeared on Ellen in December of that year. [24]

On 23 June 2014 the duo released a new single called "Get Lost" which gained less international attention. [25] [26] In the same period, the duo also performed as the opening act for Katy Perry and Miley Cyrus tours. They also collaborated with Tiesto for the song "Let's Go" and with Cobra Starship for the single "Never Been In Love" [27] which became a successful hit in Italy.[ citation needed ] On 26 May 2015, the duo released the single "Emergency", a collaboration with Erik Hassle. The song peaked a few weeks later on the Billboard Dance Chart, making their second single to top that chart after All Night. The song was also featured in the video game FIFA 16 .[ citation needed ] In July the EP Emergency was released. It includes the critically acclaimed First Time and the smash-hit Clap Snap.[ citation needed ] The duo was announced as an opening act for the North American leg of One Direction's "On the Road Again" tour in 2015. Also in 2015, their song "We Got The World" was featured in the movie Pitch Perfect 2 .[ citation needed ] On 23 February 2016, Icona Pop performed a new single, "Someone Who Can Dance" at the Grammis in Stockholm.[ citation needed ] On 20 October 2016, the duo released their new single "Brightside". On 16 June 2017, Icona Pop released a new single "GIRLS GIRLS", co-written by Tove Lo.[ citation needed ] In October 2017, they released a song with Australian duo Peking Duk called "Let You Down". [28] In late December 2017, the duo released an EP called "Så mycket bättre 2017 – Tolkningarna" including 7 covered songs.[ citation needed ] In early March 2018, the duo collaborated with Avon on a music video called "All My Girls". In late April 2018, the duo was featured on a song called "Faded Away" by Sweater Beats. In late May 2018, Icona Pop said on their social media that they were currently working on their third studio album. In June 2019 the duo performed at St. Louis Pridefest. Icona Pop released a song with R3hab called "This Is How We Party" on 8 February 2019. [29] [30] On 26 July 2019, the duo returned with the first single from the upcoming third studio album – "Next Mistake". The Swedish duo have signed to Ultra Music as of 2019. [8]

The Grammis are music awards presented annually to musicians and songwriters in Sweden. The oldest Swedish music awards, they were instituted as a local equivalent of the Grammy Awards given in the United States. The awards ceremony is generally held each year in February in Stockholm. The awards were established in 1969 and awarded until 1972 when they were cancelled, then revived in 1987. 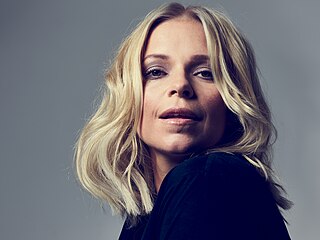 Petra Linnea Paula Marklund, known also by her previous stage name September, is a Swedish singer, songwriter, and television presenter. Marklund started recording in professional studios around the age of twelve, and first came to the attention of the music scene with September's debut single "La La La " in 2003, released from her studio album September (2004). 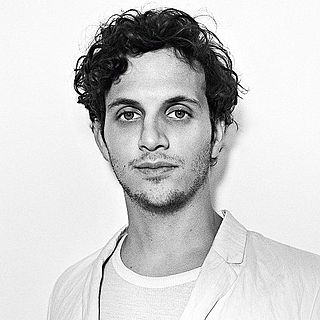 Lars Salem Al Fakir is a Swedish musician, singer, songwriter and record producer. He regularly collaborates with Vincent Pontare as the songwriting and production duo Vargas and Lagola. Together, they have worked with many artists, including Avicii, Axwell & Ingrosso, Madonna, Seinabo Sey and Lady Gaga. In addition to their songwriting and production work, they release alternative pop music as Vargas & Lagola. 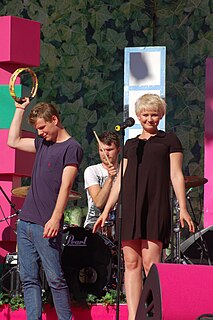 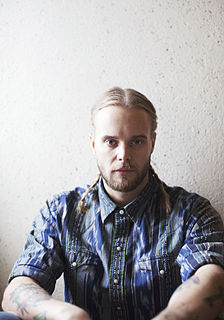 Fred Vincent Pontare is a Swedish songwriter, producer, and singer. He is also known by the mononym Vincent. He regularly collaborates with Salem Al Fakir as songwriting, producer, and duo Vargas & Lagola. Together, they have worked with many pre-eminent artists, including: Avicii, Axwell Ʌ Ingrosso, Madonna, Seinabo Sey and Lady Gaga. In addition to their songwriting and production work, they release alternative pop music as Vargas & Lagola. 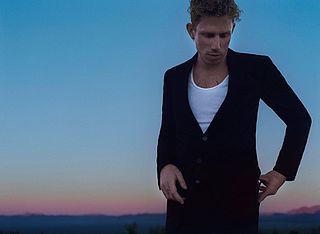 Kaj Erik Persson Hassle, better known as Erik Hassle, is a Swedish pop singer and songwriter. His career started in 2008 with his first single, "Hurtful", which eventually reached No. 11 in Sweden and peaked at No. 2 in Denmark. His most successful single to date, "No Words", reached the Top 10 of the Global and U.S. Spotify Viral Chart and achieved Gold certification in both Sweden and Denmark. 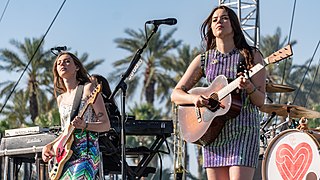 First Aid Kit is a Swedish folk duo consisting of the sisters Johanna and Klara Söderberg, born in 1990 and 1993, respectively. When performing live, they are accompanied by a drummer, a pedal steel guitarist, and a keyboard player. In 2008, they gained some Internet popularity for their cover of the Fleet Foxes' song "Tiger Mountain Peasant Song". Rolling Stone magazine chose their song "Emmylou" as the number 10 "Single of the Year" in 2012. They have released four albums, four EPs and several singles. In 2015, they were nominated for a Brit Award as one of the five best international groups. They were nominated again in 2019. 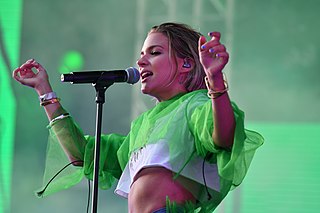 Tove Anna Linnéa Östman Styrke is a Swedish singer and songwriter. She gained popularity as a contestant on Swedish Idol 2009, finishing in third place. After the show, she started a solo career in electropop. She released her debut album Tove Styrke in 2010. The New York Post included Styrke in its list of "10 Artists to Know in 2011". In 2015, she released her second album, Kiddo. Three years later, in 2018, she released her third album, Sway. Throughout the 2010s Styrke gained an increasing critical acclaim as an independent artist resulting in her single "Say My Name" being included in Rolling Stone's 100 best songs of the decade. 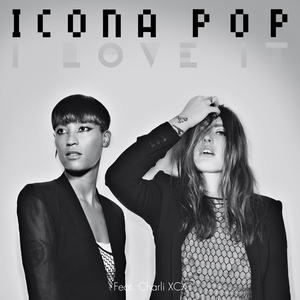 "I Love It" is a song by Swedish duo Icona Pop featuring vocals from British recording artist Charli XCX. It was released as a single in May 2012 as a digital download in Sweden, where it peaked at number two on the singles chart. The song was added to their debut studio album, Icona Pop, as well as their EP Iconic and their debut international album, This Is... Icona Pop. 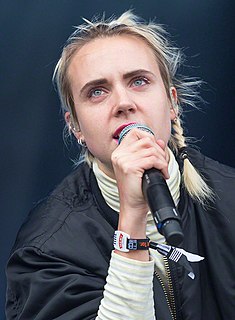 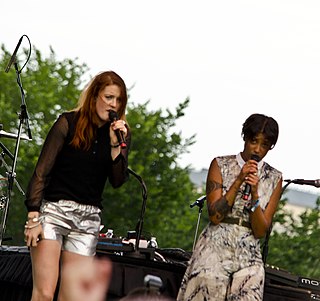 The discography of Icona Pop, a Swedish DJ duo, consists of two studio albums, four extended plays and five singles. The press, including NME, The Guardian, Rolling Stone and Pitchfork, have praised the duo. The Guardian described the debut single "Manners" as "effortlessly cool". 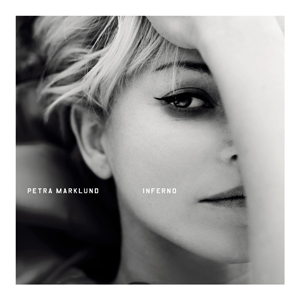 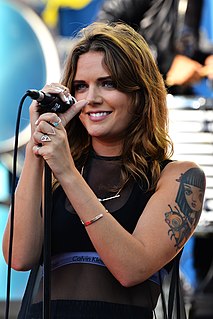 Ebba Tove Elsa Nilsson, known professionally as Tove Lo, is a Swedish singer and songwriter, who has been called "Sweden's darkest pop export" by Rolling Stone. She is known for her raw, grunge-influenced take on pop music. Her honest, complex and autobiographical lyrical content has led to her being dubbed "the saddest girl in Sweden." 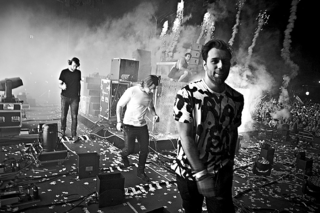 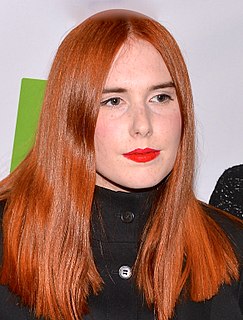 Vargas & Lagola are a Swedish songwriting and production duo of Vincent Pontare and Salem Al Fakir.