Imperial Venus (French : Vénus impériale, Italian : Venere Imperiale) is a 1962 French-Italian historical film directed by Jean Delannoy and starring Gina Lollobrigida, Stephen Boyd and Raymond Pellegrin. It depicts the life of Pauline Bonaparte, the sister of Napoleon. [1] [2] For her performance Lollobrigida won the David di Donatello for best actress and the Nastro d'Argento for the same category. [3]

Paula Maria Bonaparte Leclerc Borghese, better known as Pauline Bonaparte, was an imperial French princess, the first sovereign Duchess of Guastalla, and the princess consort of Sulmona and Rossano. She was the sixth child of Letizia Ramolino and Carlo Buonaparte, Corsica's representative to the court of King Louis XVI of France. Her elder brother, Napoleon, was the first emperor of the French. She married Charles Leclerc, a French general, a union ended by his death in 1802. Later, she married Camillo Borghese, 6th Prince of Sulmona. Her only child, Dermide Leclerc, born from her first marriage, died in childhood. She was the only Bonaparte sibling to visit Napoleon in exile on his principality, Elba. 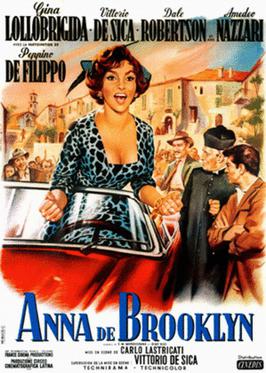 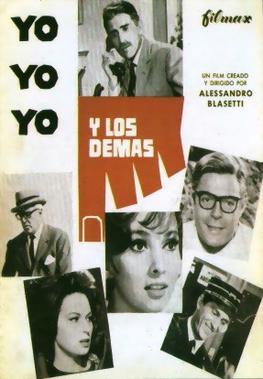 Me, Me, Me... and the Others is a 1966 Italian comedy film directed by Alessandro Blasetti. For this film Blasetti won the David di Donatello for best director.

Antonio Gramsci: i giorni del carcere is a 1977 Italian drama film directed by Lino Del Fra. It was awarded with the Golden Leopard at the Locarno International Film Festival. 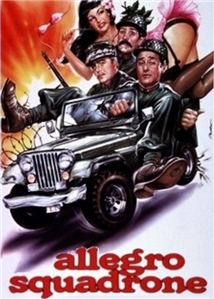 The Cheerful Squadron is a 1954 Italian-French historical war comedy film directed by Paolo Moffa and starring Vittorio De Sica, Daniel Gélin, Alberto Sordi and Silvana Pampanini. It is the third adaptation of a story by Georges Courteline about life in the French military in the late nineteenth century.

Manhunt in the City, also known as The Manhunt, is a 1975 Italian poliziottesco film directed by Umberto Lenzi. It was co-written by Dardano Sacchetti and has a score by Bruno Nicolai.

Maigret a Pigalle is a 1966 Italian crime film directed by Mario Landi. It is based on the novel Maigret al Picratt's by Georges Simenon.

Roman Tales is a 1955 Italian comedy film directed by Gianni Franciolini. It is based on several short stories collected in Racconti romani by Alberto Moravia. The film won two David di Donatello Awards, for best director and best producer. 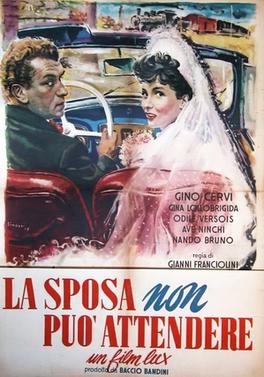 Musketeers of the Sea is a 1962 Italian adventure film directed by Steno. 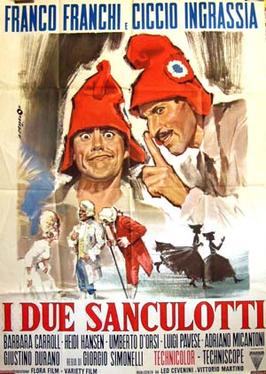 I due sanculotti is a 1966 comedy film written and directed by Giorgio Simonelli starring the comic duo Franco and Ciccio. 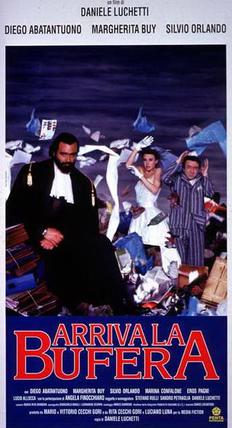 The Storm Is Coming is a 1993 Italian comedy film written and directed by Daniele Luchetti. 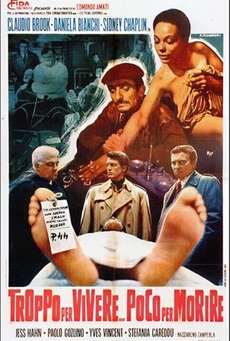 Your Turn to Die is a 1967 Italian-French crime-thriller movie directed by Michele Lupo.

Those Dirty Dogs is a 1973 Italian-Spanish Spaghetti Western film written and directed by Giuseppe Rosati and starring Gianni Garko and Stephen Boyd. The film was made in the later part of the Spaghetti Western boom. As such it features such latter-day genre elements as self-parody, guffaw humour, near-slapstick fight scenes, machine guns hidden in everyday household items, and bombastic villains. 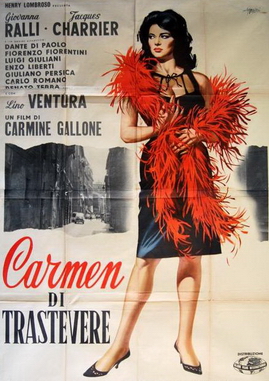 Carmen di Trastevere is a 1962 Italian drama film directed by Carmine Gallone and starring Giovanna Ralli. It is a loosely based on the novella Carmen by Prosper Mérimée and on the relevant opera by Georges Bizet.