Last updated September 09, 2022
Movement in Western classical music
Not to be confused with expressionist music, which has different characteristics from this type of music.
This article is about the musical movement and style. For the visual art movement, see Impressionism. For other uses, see Impressionism (disambiguation).

Impressionism in music was a movement among various composers in Western classical music (mainly during the late 19th and early 20th centuries) whose music focuses on mood and atmosphere, "conveying the moods and emotions aroused by the subject rather than a detailed tone‐picture". [1] "Impressionism" is a philosophical and aesthetic term borrowed from late 19th-century French painting after Monet's Impression, Sunrise . Composers were labeled Impressionists by analogy to the Impressionist painters who use starkly contrasting colors, effect of light on an object, blurry foreground and background, flattening perspective, etc. to make the observer focus their attention on the overall impression. [2]

The most prominent feature in musical Impressionism is the use of "color", or in musical terms, timbre, which can be achieved through orchestration, harmonic usage, texture, etc. [3] Other elements of musical Impressionism also involve new chord combinations, ambiguous tonality, extended harmonies, use of modes and exotic scales, parallel motion, extra-musicality, and evocative titles such as “ Reflets dans l'eau ” (“Reflections on the water”), “ Brouillards ” (“Mists”), etc. [2]

Claude Debussy and Maurice Ravel are two leading figures in Impressionism, though Debussy rejected this label (in a 1908 letter he wrote "imbeciles call [what I am trying to write in Images] 'impressionism', a term employed with the utmost inaccuracy, especially by art critics who use it as a label to stick on Turner, the finest creator of mystery in the whole of art!") and Ravel displayed discomfort with it, at one point claiming that it could not be adequately applied to music at all. [4] [5] Debussy's Impressionist works typically "evoke a mood, feeling, atmosphere, or scene" by creating musical images through characteristic motifs, harmony, exotic scales (e.g., whole-tone and pentatonic scales), instrumental timbre, large unresolved chords (e.g., 9ths, 11ths, 13ths), parallel motion, ambiguous tonality, extreme chromaticism, heavy use of the piano pedals, and other elements. [2] “The perception of Debussy’s compositional language as decidedly post-romantic/Impressionistic—nuanced, understated, and subtle—is firmly solidified among today’s musicians and well-informed audiences." [6] Some Impressionist composers, Debussy and Ravel in particular, are also labeled as symbolist composers. One trait shared with both aesthetic trends is "a sense of detached observation: rather than expressing deeply felt emotion or telling a story"; as in symbolist poetry, the normal syntax is usually disrupted and individual images that carry the work's meaning are evoked. [2]

While Impressionism only began as a movement after about 1890, Ernest Fanelli was credited with inventing the style in the early 1880s. However, his works were unperformed before 1912. The performance of his works in that year led to claims that he was the father of musical Impressionism. Ravel wrote, "this impressionism is certainly very different from that of present-day composers...Mr. Fanelli's impressionism derives more directly from Berlioz." He added that Fanelli's alleged priority does not in any way diminish the achievements of later composers: "the investigations of the young Fanelli could not have diminished those of his colleagues...It is peculiar that these investigations suddenly assume importance because their embryo is discovered in a work written 30 years ago." [7]

One of the most important tools of musical Impressionism was the tensionless harmony. The dissonance of chords was not resolved, but was used as timbre. These chords were often shifted parallel. In the melodic field the whole tone scale, the pentatonic and church tonal turns were used. The melodics were characterized by their circular melodic movements. The timbre became the stylistic device of Impressionism instead of concise themes or other traditional forms. [13] [ better source needed ] 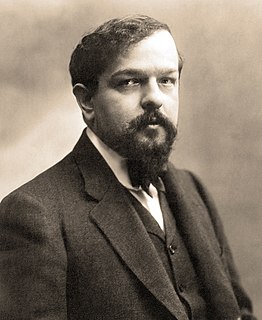 (Achille) Claude Debussy was a French composer. He is sometimes seen as the first Impressionist composer, although he vigorously rejected the term. He was among the most influential composers of the late 19th and early 20th centuries. 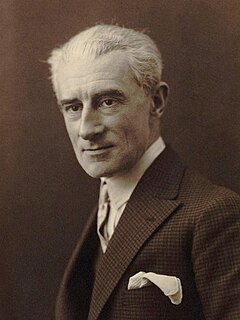 Joseph Maurice Ravel was a French composer, pianist and conductor. He is often associated with Impressionism along with his elder contemporary Claude Debussy, although both composers rejected the term. In the 1920s and 1930s Ravel was internationally regarded as France's greatest living composer.

Tonality is the arrangement of pitches and/or chords of a musical work in a hierarchy of perceived relations, stabilities, attractions and directionality. In this hierarchy, the single pitch or triadic chord with the greatest stability is called the tonic. The root of the tonic chord forms the name given to the key, so in the key of C major, the note C is both the tonic of the scale and the root of the tonic chord. Simple folk music songs often start and end with the tonic note. The most common use of the term "is to designate the arrangement of musical phenomena around a referential tonic in European music from about 1600 to about 1910". Contemporary classical music from 1910 to the 2000s may practice or avoid any sort of tonality—but harmony in almost all Western popular music remains tonal. Harmony in jazz includes many but not all tonal characteristics of the European common practice period, usually known as "classical music".

Boléro is a 1928 work for large orchestra by French composer Maurice Ravel. At least one observer has called it Ravel's most famous composition. It was also one of his last completed works before illness forced him into retirement.

20th-century classical music describes art music that was written nominally from 1901 to 2000, inclusive. Musical style diverged during the 20th century as it never had previously. So this century was without a dominant style. Modernism, impressionism, and post-romanticism can all be traced to the decades before the turn of the 20th century, but can be included because they evolved beyond the musical boundaries of the 19th-century styles that were part of the earlier common practice period. Neoclassicism and expressionism came mostly after 1900. Minimalism started much later in the century and can be seen as a change from the modern to post-modern era, although some date post-modernism from as early as about 1930. Aleatory, atonality, serialism, musique concrète, electronic music, and concept music were all developed during the century. Jazz and ethnic folk music became important influences on many composers during this century. 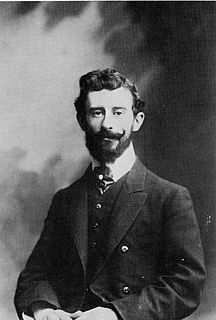 Jeux d'eau is a piece for solo piano by Maurice Ravel, composed in 1901 and given its first public performance the following year. The title is variously translated as "Fountains", "Playing Water" or literally "Water Games". At the time of writing Jeux d'eau, Ravel was a student of Gabriel Fauré, to whom the piece is dedicated. The work is in a single movement, typically lasting between four and half and six minutes in performance.

Les Apaches was a group of musicians, writers and artists which formed in Paris, France in 1903. The core was formed by the French composer Maurice Ravel, the Spanish pianist Ricardo Viñes and the writer and critic Michel-Dimitri Calvocoressi. The group was private but never formal, and the wider membership was fluid; over 20 unofficial members would attend meetings of Les Apaches until it came to an end during World War I. During their active years, Les Apaches met weekly. The meetings were a chance for the members to perform and show new works or ideas to a small group, discuss contemporary artistic interests and collaborate.

Maurice Ravel's Piano Concerto in G major, was composed between 1929 and 1931. The concerto is in three movements, with a total playing time of a little over 20 minutes. Ravel said that in this piece he was not aiming to be profound but to entertain, in the manner of Mozart and Saint-Saëns. Among its other influences are jazz and Basque folk music. 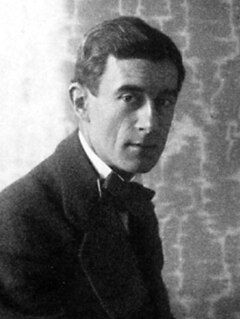 Rapsodie espagnole is an orchestral rhapsody written by Maurice Ravel. Composed between 1907 and 1908, the Rapsodie is one of Ravel's first major works for orchestra. It was first performed in Paris in 1908 and quickly entered the international repertoire. The piece draws on the composer's Spanish heritage and is one of several of his works set in or reflecting Spain. 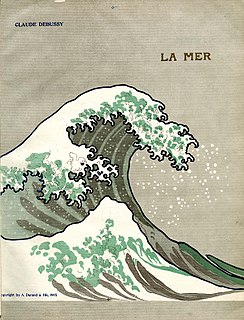 Maurice Ravel completed his String Quartet in F major in early April 1903 at the age of 28. It was premiered in Paris in March the following year. The work follows a four-movement classical structure: the opening movement, in sonata form, presents two themes that occur again later in the work; a playful scherzo second movement is followed by a lyrical slow movement. The finale reintroduces themes from the earlier movements and ends the work vigorously.

Shéhérazade is the title of two works by the French composer Maurice Ravel. Both have their origins in the composer's fascination with Scheherazade, the heroine and narrator of The Arabian Nights. The first work, an overture (1898), Ravel's earliest surviving orchestral piece, was not well received at its premiere and has not subsequently been among his most popular works. Four years later he had a much greater success with a song cycle with the same title, which has remained a standard repertoire piece and has been recorded many times.

"La cathédrale engloutie" is a prelude written by the French composer Claude Debussy for solo piano. It was published in 1910 as the tenth prelude in Debussy's first of two volumes of twelve piano preludes each. It is characteristic of Debussy in its form, harmony, and content. 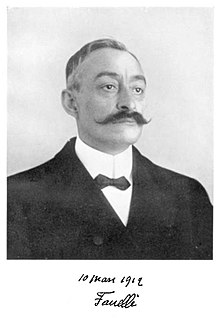 Ernest Fanelli was a French composer of Italian descent who is best known for sparking a controversy about the origins of Impressionist music when his composition Tableaux symphoniques was first performed in 1912. George Antheil asserted that Fanelli was "one of the greatest inventors and musical iconoclasts of all time", but he remains an obscure figure.

Introduction and Allegro for Harp, Flute, Clarinet and String Quartet is a chamber work by Maurice Ravel. It is a short piece, typically lasting between ten and eleven minutes in performance. It was commissioned in 1905 by the Érard harp manufacturers to showcase their instruments, and has been described as a miniature harp concerto. The premiere was in Paris on 22 February 1907.

Chansons madécasses is a set of three exotic art songs by Maurice Ravel written in 1925 and 1926 to words from the poetry collection of the same name by Évariste de Parny. 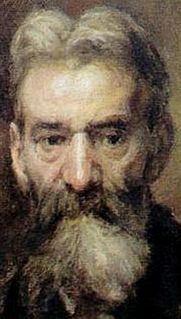 Pierre-Joseph Ravel (1832–1908) was a Swiss civil engineer and inventor, father of the composer Maurice Ravel. He was a pioneer of the automobile industry. He invented and drove the steam-powered automobile in the late 1860s, developed an acetylene-powered two-stroke engine, built the racing car that could achieve speeds of up to 6 kilometres per hour (3.7 mph) and built a vehicle that could perform a somersault.