In Concert: From There to Hear

In Concert: From There to Hear is a live solo percussion album by Jerome Cooper. It was recorded during 1995–1998 at concerts presented at Roulette and The Knitting Factory in New York City, and was released by Mutable Music in 2001. [1] [2]

"Bantul" and "The Indonesian" were composed while Cooper was living in Indonesia, and were influenced by gamelan music and local musicians. [3] According to Cooper, "Monk Funk", previously recorded with a quintet on Outer and Interactions (1988), was inspired by changing his daughter's diapers. [3] "My Funny Valentine" is an improvisation on the well-known jazz standard, with the melody appearing on the chirimia. [3] "My Life", completely improvised, employs two chirimias. [3] Regarding "Goodbye Pork Pie Hat", Cooper wrote: "the melody is so powerful that you can play any chords or rhythm with it". [3]

In a review for AllMusic, François Couture wrote that Cooper's " music is hard to pigeonhole, to say the least. Imagine a drummer who plays this flute with one hand, bass drum and high-hat with his feet, and triggers drum loops, chord sequences, and bass patterns with his other hand. Whether it is written or improvised, the resulting music is closer to world funk than avant-garde jazz... Highly confusing for anyone into avant-garde music and free improv, Cooper's music represents a strange hybrid and a very personal form of expression. Yet, surprisingly, its vocabulary remains somewhat limited." [1]

Glenn Astarita, writing for All About Jazz, stated: "Cooper's remarkable agility and captivating musical spirit is enacted throughout these predominately endearing works... this recording provides listeners with a broad perspective of the artist's irrefutable enthusiasm and glittering musicality." [4]

Author W. C. Bamberger stated that Cooper "approaches the electronic instruments with the same attitude he approaches the acoustic ones... The one-man-band approach, no matter how basic or augmented... always produces very human music." [5]

In an article for One Final Note, Matthew Sumera commented: "Cooper simply tries to do too much at one time, in an almost 'look ma, no hands!' fashion. Clearly, he is a highly competent instrumentalist, capable of extreme independence and even 'multi-dimensionality'... One would like to hear Cooper push some of his explorations further or refine his statements to something more musically engaging." [6] 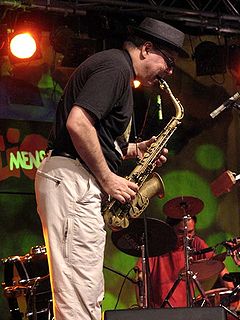 The Revolutionary Ensemble was a free jazz trio consisting of violinist Leroy Jenkins (1932–2007), bassist Sirone and percussionist/pianist Jerome Cooper (1946–2015). The group was active from 1970–1977, and reunited briefly in 2004. Musician George E. Lewis described the trio as "one of the signal groups of the period." Writer John Fordham stated that the group "was remarkable for its concentration on texture, tone colour and the then unclaimed territory between jazz and contemporary classical music." A DownBeat reviewer, writing in 1972, described them as "a unique, utterly contemporary unit of extraordinarily talented players who possess a world understanding of what 'organized sound' is all about."

Jerome Cooper was an American free jazz musician. In addition to trap drums, Cooper played balafon, chirimia and various electronic instruments, and referred to himself as a "multi-dimensional drummer," meaning that his playing involved "layers of sounds and rhythms". He was born in Chicago, Illinois and died in Brooklyn, New York. Allmusic reviewer Ron Wynn called him "A sparkling drummer and percussionist... An excellent accompanist". Another Allmusic reviewer stated that "in the truest sense this drummer is a magician, adept at transformation and the creation of sacred space".

It is in the Brewing Luminous is a live album by Cecil Taylor recorded at Fat Tuesdays, NYC, on February 8 & 9, 1980 and released on the Hat Hut label. The album features performances by Taylor with Jimmy Lyons, Ramsey Ameen, Alan Silva, Jerome Cooper and Sunny Murray. The album was originally released as a double LP then rereleased as a single CD. 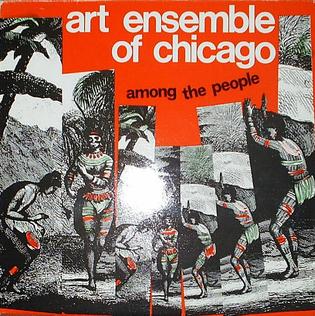 Jungle Funk is a drum and bass group formed by Vinx De'Jon Parrette, Will Calhoun and Doug Wimbish. Beginning in 1996, they performed over one-hundred and fifty shows throughout Europe and Australia. The trio performed a complex hybrid of R&B, drum and bass, dub, funk, and soul music, buttressed by sampling and electronic percussion. In 1998, they released their eponymously titled debut album Jungle Funk, which consisted of a recording of their live performance in Austria.

Solo [3] is a solo album by American jazz saxophonist Roscoe Mitchell which was recorded in 2003 and released on Mutable Music as a three CD set.

8 O'Clock: Two Improvisations is an album by American saxophonist Roscoe Mitchell and vocalist Thomas Buckner which was recorded in 2000 and released on Mutable Music the following year.

Revolutionary Ensemble is an eponymous live album by the free jazz group consisting of violinist Leroy Jenkins, bassist Sirone and drummer Jerome Cooper, which was recorded in Austria in 1977 and released on the German Enja label and in the U.S. on Inner City Records the following year.

Prospectus is a live album by soprano saxophonist Steve Lacy, which was recorded in France in 1982 and first released on the hat ART label in 1983 as a double LP. The album was rereleased as a single CD with only five tracks in 1999 as Clichés.

Incarnation is a live album by American pianist Cecil Taylor. It was recorded on November 4, 1999 during the "Total Music Meeting" at the "Podewil" in Berlin, and was released in 2004 by FMP. On the album, Taylor is joined by guitarist Franky Douglas, cellist Tristan Honsinger, and drummer Andrew Cyrille. 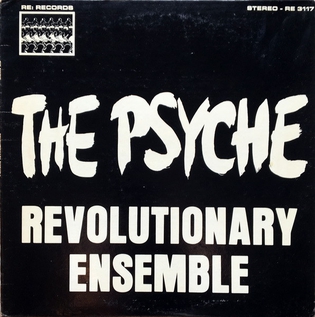 The Psyche is a live album by the Revolutionary Ensemble, violinist Leroy Jenkins, bassist Sirone and drummer Jerome Cooper. It was initially released on LP in 1975 by the group's own label RE Records, and was reissued on CD in 2002 by Mutable Music.

Beyond the Boundary of Time is a live album by the Revolutionary Ensemble, violinist Leroy Jenkins, bassist Sirone and drummer Jerome Cooper. It was recorded in May 2005 in Warsaw, Poland, and was released in 2008 by Mutable Music. The album contains one composition by each group member, along with two collective improvisations. It captures one of the group's last performances, and is dedicated to Jenkins, who died in 2007.

For the People is a live album by Jerome Cooper. It was recorded in May 1979 at The Kitchen in New York City, and was released on LP by Hat Hut Records in 1980. On the album, Cooper, who plays a variety of instruments, including drums, chirimia, African balaphone, and whistle, is joined by Oliver Lake, who performs on alto saxophone, flute, bells, and vocals. 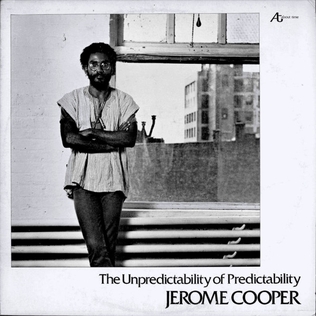 Outer and Interactions is an album by Jerome Cooper. It was recorded in February 1987 at Acoustilog in New York City, and was released on LP by About Time Records in 1988. On the album, Cooper is joined by saxophonist Joseph Jarman, violinist Jason Hwang, bassist William Parker, and drummer Thurman Barker.

A Magical Approach is a live solo percussion album by Jerome Cooper. The first track was recorded in April 1978 at Environ in New York City, while the remaining tracks were recorded in September 2007 at an AACM concert in New York City. The album was released by Mutable Music in 2010.

As of Not is a double-LP album by American percussionist Jerome Cooper and Danish percussionist and pianist Kresten Osgood. It was recorded in 2011 while Cooper was visiting Copenhagen for symposia, masterclasses, and concerts, and was released by the Danish artist-run label and collective ILK Music in 2020. The album features a seven-part percussion-oriented suite composed by Cooper.