Indiana University of Pennsylvania (IUP) is a public university in Indiana County, Pennsylvania. As of fall 2019, the university enrolled 8,279 undergraduates and 2,079 postgraduates, for a total enrollment of 10,348 students. [3] The university is 55 miles (89 km) northeast of Pittsburgh. It is governed by a local Council of Trustees and the Board of Governors of the Pennsylvania State System of Higher Education. [4] IUP has branch campuses at Punxsutawney, Northpointe, and Monroeville. IUP is accredited by the Middle States Commission on Higher Education.

IUP was conceived as Indiana Normal School, first chartered in 1871 by Indiana County investors. The school was created under the Normal School Act, which passed the Pennsylvania General Assembly on May 20, 1875. [5] Normal schools established under the act were to be private corporations in no way dependent upon the state treasury. They were to be "state" normal schools only in the sense of being officially recognized by the commonwealth. [6]

The school opened its doors in 1875 following the mold of the French École Normale. It enrolled just 225 students. All normal school events were held within a single building which also contained a laboratory school for model teaching. Control and ownership of the institution passed to the Commonwealth of Pennsylvania in 1920. In 1927, by authority of the Pennsylvania General Assembly, it became State Teachers College at Indiana, with the right to grant degrees. As its mission expanded, the name was changed again in 1959 to Indiana State College. In 1965, the institution achieved university status and became Indiana University of Pennsylvania, or IUP. [7]

In October 2020, IUP President Michael Driscoll announced restructuring and retrenchment plans related to leadership's NextGen proposal. [8] Retrenchment or lay-off notices were issued to 81 tenured or tenure-track faculty on October 30, 2020, with another 47 expected before the end of the academic year. [9]

IUP faculty has won nearly 60 Fulbright Exchange Awards since 1959, enabling them to study and conduct research in 27 countries. Two faculty members have been awarded the Rome Prize. [13]

In 2016, Forbes listed IUP among its top public colleges, top research universities, and top Northeast colleges. It earned similar accolades from MONEY Magazine's "Best Colleges" list as well as being included in a list of universities for high return on investment by the website PayScale. [15] The 2015 Washington Monthly College Rankings of National Universities ranks it at 226 out of 268.

IUP's 374-acre (1.51 km2) main campus is a mix of 62 old and new red brick structures. Its original building, a Victorian structure named John Sutton Hall once housed the entire school. Today Sutton Hall is listed on the National Register of Historic Places. [16] It stands at the heart of campus—there was a fight to preserve it in 1974 when the administration scheduled it for demolition. [17] Ironically, today it houses many administrative offices and reception areas. Breezedale Alumni Center is also listed on the National Register of Historic Places. The Victorian mansion was once home to a Pennsylvania Supreme Court Justice. [18]

The campus boasts a planetarium, University Museum, black box theater, Hadley Union Building (HUB), extensive music library, and a newly remodeled Cogswell Hall for the university's music community. Stapleton Library boasts 900,000-plus bound volumes and over 2 million microform units. [19] At the heart of campus is the Oak Grove. Many alumni recall this spot because of its centrality and the many events that occur there. In January 2000 former President Lawrence K. Pettit established a board to create the Allegheny Arboretum at IUP. This group works to furnish the Oak Grove with flora native to the region. [20] The university also operates an Academy of Culinary Arts in Punxsutawney and a police academy at its main campus.

Over the last five years, IUP has demolished most of the 1970 era dormitories on campus. Demolition began during summer 2006 and facilities are being replaced with modern suites. Construction is ongoing with seven new dormitories completed for Fall 2009. Two more suite-style buildings were completed by Fall 2010. That semester, the ribbon cutting ceremony at Stephenson Hall was considered to have finished the four-year-long "residence hall revival". [21] These suite-style rooms are similar to those being built at other universities in PASSHE. [22]

IUP's athletic department sponsors 19 varsity sports, including 8 for men and 11 for women. There are also club sports teams such as ice hockey and rugby. [24] The Crimson Hawks, formerly known as the Indians, compete in the Pennsylvania State Athletic Conference (PSAC) of NCAA Division II.

IUP annually produces teams and individuals that compete for championships on the conference, regional and national levels. The 2004–05 school year saw 12 sports either send their teams or individuals to NCAA postseason competition.

The IUP football team has been to the NCAA Division II national title game twice (1990 and 1993). [25] In both cases, IUP came up short, finishing the season as runner-up. While Division II teams rarely appear on television, IUP has appeared on regional telecasts in 1968 at the Boardwalk Bowl and 2006 against California University of PA. The team has also been on national TV while playing in those Division II national title games from 1990 and 1993. On November 2, 2006, a game against Slippery Rock was nationally televised on the TV channel, CSTV. Additionally, on September 15, 2011, a game against Bloomsburg was nationally televised on the TV channel CBS Sports Network as the NCAA Division II game of the week. [26]

The IUP rugby team finished 3rd in the Division I national championship in 2000, finishing behind California and Wyoming and ahead of fourth-place Army.

The IUP Men's Ice Hockey (ACHA Division 1) team won the CHMA season championship in 2018–2019, the CHMA playoff in 2019-2020 awarded a bid to the ACHA National Tournament as the 19th seed, [28] but the tournament was canceled due to the COVID-19 pandemic

The IUP Men's Lacrosse Team were the 2018 and 2019 Three Rivers Conference Champions and are currently ranked number 13 in the nation in division two by the NCLL for the 2020 season.

For a full list of notable alumni, faculty, and other associated individuals, see List of Indiana University of Pennsylvania people. 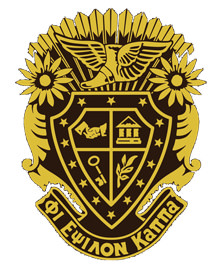