Inforpress - Capeverdean News Agency (Portuguese: Inforpress - Agência Cabo-verdiana de Notícias) is the official news agency of Cape Verde. It is headquartered in the capital city of Praia. Its current head is Jacqueline Elisa Barreto de Carvalho which she became in October 2017. [1]

It was founded in 1988 as Cabopress, it changed to its current name in 1998. Inforpress is the elemental name of "Informative Press" It is sometimes known as the "Capeverdean News Agency" but that is not the official name.

It is one of the founding members of Aliança das Agências de Informação de Língua Portuguesa (ALP), Alliance of Portuguese-speaking News Agencies, formed in July 1996. [2]

The building is located in Largo de Marconi in the neighborhood of Achada Santo António.

The agency offers news service in text, videos, sounds for radio, information relating to photographies. Also, it provides services to all the organizations of social communications, national and international, inside and outside the country [3] Its news sources are published on line with a free access, but the information package that offers customers (texts and images) are available for subscription. Its videos are used for TV that are edited or unedited. The corporation have dedicated to provide specialized services for public and private companies, state and other institutions both national and international. For Capeverdean and foreign companies. Inforpress receives a generalist services about news related to politics, economics, society, sports, culture and environment.

Inforpress has its own television network known Inforpress-TV, a corporation which brings emergency services for television (Emergencia-TV), rarely done today. [3]

In October 2014, it announced that the Capeverdean government planned to fund Inforpress a structure of Rádio Televisão Cabo-Verdiana with a preface of a merger up to June 2015 [4] In September 2015, Capeverdean president Jorge Carlos Fonseca sanctioned a bill that merges the two companies for entry within 30 days to create a new entity, Radiotelevisão & Inforpress, Sociedade Anónima (RTCI - Broadcasting, Inforpress and Anonymous Society). [5]

In June 2015, journalist Arminda Barros of Inforpress started a consensus between governments and opposition for the first president of the new entity of media regulation in Cape Verde, the Autoridade Reguladora da Comunicação Social (ARC), the Social Communications Regulator Authority. [6] 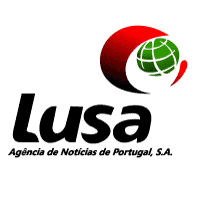 The Lusa News Agency, literally Lusa - Portuguese News Agency, is the largest news agency in Portugal, as well as the largest news agency in Portuguese Language, incorporated on 28 November 1986 under the name of Agência Lusa — Cooperativa de Interesse Público de Responsabilidade Limitada or simply Lusa - CIPRL, following the extinction of the earlier Portuguese news agency ANOP Agência Noticiosa Portuguesa. Lusa is a member of, and participates in, the Agência Europeia de Fotografia.

Maria Amélia Gomes Barros da Lomba do Amaral, known as Amélia Da Lomba or Amélia Dalomba is an Angolan writer and journalist. She also served as Secretary of the Missão Internacionalista Angolana. Da Lomba was awarded a presidential medal from Cape Verde in 2005. 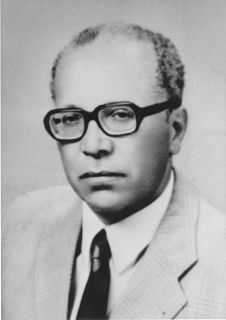 Humberto Duarte Fonseca, was one of the first Cape Verdean scientists.

Arquipélago is a Capeverdean poetry book written by Jorge Barbosa in 1935. It was published in ICL; later it would be published in Claridade. The probability of the literary work is the most common in Cape Verde. It opened the doors to modern Cape Verdean literature and later demonstrated a complete change in rhetoric and thematic poetry in Cape Verde; it formed one of the elements that led to the creation of the Claridade review a year after the publication of the book. Along with Claridade, Baltazar Lopes participated with Manuel Lopes and Jorge Barbosa with founded members of the review and the name was the movement in the main activists of the same.

STP-Press is the official news agency of São Tomé and Príncipe. It is headquartered in the capital city of São Tomé.