Ingenious Media (styled as INGENIθUS) is a division of London-based Ingenious Capital Management Limited, also known as Ingenious. The company was founded in 1998 by Patrick McKenna.

In July 2014, Ingenious Media was investigated by HMRC for promoting tax avoidance schemes. [2] [3] In October 2014, HMRC sent "accelerated payment notices" to people who had invested with Ingenious Media, demanding payment of substantial amounts of tax. [4] The tax bill following his investment in the scheme was cited in the subsequent bankruptcy hearings of the former Liverpool and Republic of Ireland footballer, Steve Staunton. [5] In 2018, a group of more than 500 investors launched a civil case against Ingenious for making false representations [6] which Ingenious had always denied. Ingenious (specifically Ingenious Games LLP, Inside Track Productions LLP and Ingenious Film Partners 2 LLP) lost their appeal against HMRC's initial ruling in June 2019, with the Upper Tribunal ruling that "None of the LLPs were carrying on a trade. None of the LLPs were carrying on a trade with a view to profit." [7]

However, in August 2021 the Court of Appeal overturned the ruling of the Upper Tribunal in respect of Inside Track Productions LLP and Ingenious Film Partners 2 LLP on both the trading and with a view to profit issues. [8]

KPMG International Limited is a multinational professional services network, and one of the Big Four accounting organizations.

Tax avoidance is the legal usage of the tax regime in a single territory to one's own advantage to reduce the amount of tax that is payable by means that are within the law. A tax shelter is one type of tax avoidance, and tax havens are jurisdictions that facilitate reduced taxes. Tax avoidance should not be confused with tax evasion, which is illegal.

Corporation tax in the United Kingdom is a corporate tax levied in on the profits made by UK-resident companies and on the profits of entities registered overseas with permanent establishments in the UK.

A limited liability partnership (LLP) is a partnership in which some or all partners have limited liabilities. It therefore can exhibit elements of partnerships and corporations. In an LLP, each partner is not responsible or liable for another partner's misconduct or negligence. This distinguishes an LLP from a traditional partnership under the UK Partnership Act 1890, in which each partner has joint liability. In an LLP, some or all partners have a form of limited liability similar to that of the shareholders of a corporation. Unlike corporate shareholders, the partners have the power to manage the business directly. In contrast, corporate shareholders must elect a board of directors under the laws of various state charters. The board organizes itself and hires corporate officers who then have as "corporate" individuals the legal responsibility to manage the corporation in the corporation's best interest. An LLP also contains a different level of tax liability from that of a corporation. 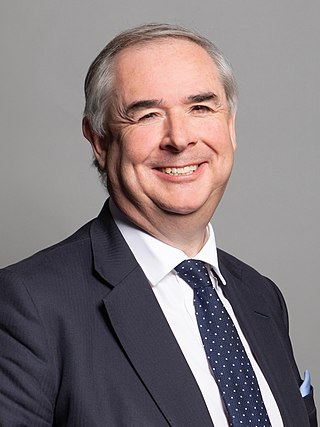 Sir Charles Geoffrey Cox is a British Conservative Party politician and barrister serving as Member of Parliament (MP) for Torridge and West Devon since the 2005 general election. Cox worked as a barrister from 1982 onwards and was appointed Queen's Counsel in 2003, two years before his election to Parliament. He served as Attorney General for England and Wales and Advocate General for Northern Ireland under Prime Ministers Theresa May and Boris Johnson from 2018 to 2020.

Hambros Bank was a British bank based in London. The Hambros bank was a specialist in Anglo-Scandinavian business with expertise in trade finance and investment banking, and was the sole banker to the Scandinavian kingdoms for many years. The Bank was sold in 1998, and today survives only in the name of the private banking division of the French group Société Générale. 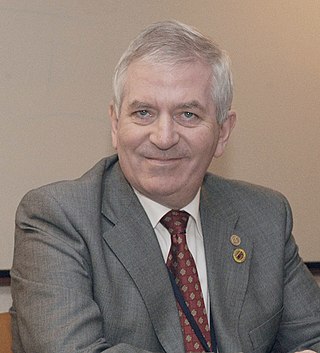 Ireland's Corporate Tax System is a central component of Ireland's economy. In 2016–17, foreign firms paid 80% of Irish corporate tax, employed 25% of the Irish labour force, and created 57% of Irish OECD non-farm value-add. As of 2017, 25 of the top 50 Irish firms were U.S.–controlled businesses, representing 70% of the revenue of the top 50 Irish firms. By 2018, Ireland had received the most U.S. § Corporate tax inversions in history, and Apple was over one–fifth of Irish GDP. Academics rank Ireland as the largest tax haven; larger than the Caribbean tax haven system.

IR35 refers to the United Kingdom's anti-avoidance tax legislation, the intermediaries legislation contained in Chapter 8 of Income Tax Act 2003. The legislation is designed to tax 'disguised' employment at a rate similar to employment. In this context, "disguised employees" means workers who receive payments from a client via an intermediary, i.e. their own limited company, and whose relationship with their client is such that had they been paid directly they would be employees of the client.

There are many ways in which a business may be owned under the legal system of England and Wales.

The Double Irish arrangement was a base erosion and profit shifting (BEPS) corporate tax avoidance tool used mostly by United States multinationals since the late 1980s to avoid corporate taxation on non-U.S. profits. It was the largest tax avoidance tool in history and by 2010 was shielding US$100 billion annually in US multinational foreign profits from taxation, and was the main tool by which US multinationals built up untaxed offshore reserves of US$1 trillion from 2004 to 2018. Traditionally, it was also used with the Dutch Sandwich BEPS tool; however, 2010 changes to tax laws in Ireland dispensed with this requirement.

Rangers F.C. is a Scottish football club based in Glasgow. They were founded in 1872 and incorporated in 1899, forming the company The Rangers Football Club Ltd.. In 2000, then chairman and owner David Murray floated the club on the stock market which subsequently made the private company into a public limited company (PLC).

A patent box is a special very low corporate tax regime used by several countries to incentivise research and development by taxing patent revenues differently from other commercial revenues. It is also known as intellectual property box regime, innovation box or IP box. Patent boxes have also been used as base erosion and profit shifting (BEPS) tools, to avoid corporate taxes.

Luxembourg Leaks is the name of a financial scandal revealed in November 2014 by a journalistic investigation conducted by the International Consortium of Investigative Journalists. It is based on confidential information about Luxembourg's tax rulings set up by PricewaterhouseCoopers from 2002 to 2010 to the benefits of its clients. This investigation resulted in making available to the public tax rulings for over three hundred multinational companies based in Luxembourg. 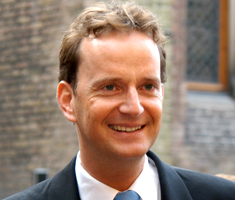 Dutch Sandwich is a base erosion and profit shifting (BEPS) corporate tax tool, used mostly by U.S. multinationals to avoid incurring EU withholding taxes on untaxed profits as they were being moved to non-EU tax havens. These untaxed profits could have originated from within the EU, or from outside the EU, but in most cases were routed to major EU corporate-focused tax havens, such as Ireland and Luxembourg, by the use of other BEPS tools. The Dutch Sandwich was often used with Irish BEPS tools such as the Double Irish, the Single Malt and the Capital Allowances for Intangible Assets ("CAIA") tools. In 2010, Ireland changed its tax-code to enable Irish BEPS tools to avoid such withholding taxes without needing a Dutch Sandwich.

Blairmore Holdings, Inc. was an offshore investment company established by Ian Cameron, father of former British Prime Minister, David Cameron. Following the Panama Papers leak, it was discovered that Blairmore Holdings was a customer of Mossack Fonseca, a large Panamanian law firm and corporate service provider at the centre of an international scandal on tax havens, tax avoidance and corruption.

K2 was an offshore wealth management scheme in which salaries of individuals in the United Kingdom were channelled through shell corporations in Jersey, Channel Islands. In June 2012, media reporting of people using K2 for the purposes of tax avoidance was followed by the United Kingdom's Prime Minister David Cameron characterising the scheme as "morally wrong". Later that year the UK government began to introduce legislation to deter people from using such schemes. 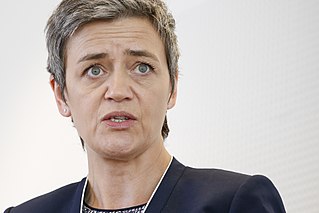 On 29 August 2016, after a two-year investigation, Margrethe Vestager of the European Commission announced: "Ireland granted illegal tax benefits to Apple". The Commission ordered Apple to pay €13 billion, plus interest, in unpaid Irish taxes from 2004–14 to the Irish state. It was the largest corporate tax "fine" in history. On 7 September 2016, the Irish State secured a majority in Dáil Éireann to reject payment of the back-taxes, which including penalties could reach €20 billion, or 10% of 2014 Irish GDP. In November 2016, the Irish government formally appealed the ruling, claiming there was no violation of Irish tax law, and that the commission's action was "an intrusion into Irish sovereignty", as national tax policy is excluded from EU treaties. In November 2016, Apple CEO Tim Cook, announced Apple would appeal, and in September 2018, Apple lodged €13 billion to an escrow account, pending appeal. In July 2020, the European General Court struck down EU tax decision as illegal, ruling in favor of Apple.

Patrick Degorce is a French hedge fund manager, and the founder and chief executive officer (CEO) of Theleme Partners LLP.