The Institut français d'archéologie orientale (or IFAO), also known as the French Institute for Oriental Archaeology in Cairo is a French research institute based in Cairo, Egypt, dedicated to the study of the archaeology, history and languages of the various periods of Egypt's civilisation.

The IFAO is under the authority of the French Ministry for National Education, Advanced Instruction, and Research.

The Institute conducts archaeological excavations and also publishes a number of books and journals.

The School adopted its current name of Institut Français d’Archéologie Orientale in 1898.

Head of Scientific and Technical Relations

The Institute has a library containing more than 80,000 volumes, and also publishes a variety of books and journals. The IFAO's scientific members belong to two sections: the first studies ancient Egyptian and papyrological matters, while the second studies the Coptic and Islamic periods.

Journals and book series of the IFAO include:

Jean-Yves Empereur is a French archeologist. He studied classic literature in the University Paris IV Sorbonne.

Jean-Philippe Lauer, was a French architect and Egyptologist. He was considered to be the foremost expert on pyramid construction techniques and methods.

Alessandro Barsanti (1858–1917) was an Italian architect and Egyptologist who worked for the Egyptian Antiquities Service. He excavated throughout Egypt. He was also in charge of the transfer of collection of the Cairo Museum from its site at Giza to the current location in Cairo itself.

Urbain Bouriant was a French Egyptologist, who discovered the Gospel of Peter in a tomb at Akhmim. He is best known from his translation of Al-Maqrizi, published as Description topographique et historique de l'Egypte. He was the collaborator of Gaston Maspero in 1880, when Maspero founded the French archaeological mission to Cairo, precursor of the Institut français d'archéologie orientale (IFAO).

Jean Vercoutter was a French Egyptologist. One of the pioneers of archaeological research into Sudan from 1953, he was Director of the Institut Français d'Archéologie Orientale from 1977 to 1981.

The Societé Royale de Papyrologie, founded in 1930 in Cairo and placed under the protection of King Fouad 7 May 1930, is a library of Egyptian papyrus scrolls and fragments and papyrological studies. Under its former names, Société royale égyptienne de papyrologie (1932–36) and Société Fouad premier de papyrologie (1939–46) it has published its papyrological papers, Études de Papyrologie, which first appeared in 1932 under the editorship of Pierre Jouguet at Cairo's Institut Français d'Archéologie Orientale, with a break during World War II, that recommenced in 1950.

Sydney Hervé Aufrère is a French Egyptologist, archaeologist, and director of research at CNRS.

Pascale Ballet is a French Egyptologist, and a Professor of Art History and Archaeology of Antiquity at the University of Poitiers. The subject of her thesis obtained in June 1980 under the leadership of Jean Leclant was on terracotta figurines from Egypt and the Mediterranean in the Hellenistic and Roman times, in which she is an expert.

Michel Baud was a French Egyptologist, head of the Nubian Sudan section in the Department of Egyptian Antiquities of the Louvre Museum. As such, he was the organizer of an exhibition devoted exclusively to Meroe, Sudan's ancient kingdom known for its legendary capital city and its famous royal necropolis. He was also the director of the archaeological mission on the site of the necropolis at Abu Rawash, and published papers on it such as La ceramique miniature d'Abou Rawash. He was a resident of the French Institute of Oriental Archaeology in Cairo. He was also the author of works on the late Old Kingdom South Saqqara Stone annal document with Vassil Dobrev, published between 1995 and 1997 in BIFAO.

Jean Clédat was a French Egyptologist, archaeologist and philologist. He became a resident at the Institut Français d'Archéologie Orientale. At various times, Clédat's expeditions was sponsored by Compagnie universelle du canal maritime de Suez, the Supreme Council of Antiquities, the Comité, and the Institut itself.

Georges Foucart was a French historian and Egyptologist. He was the son of archaeologist Paul Foucart (1836–1926), a professor of ancient Greek studies at the Collège de France. 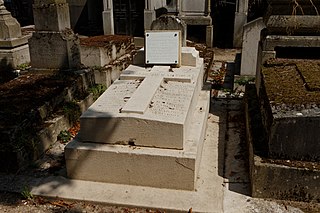 Pierre Jouguet was a French Egyptologist and classical philologist. In 1890 he studied at the École Normale Supérieure in Paris, obtaining his agrégation for grammar in 1893. For three years thereafter he was associated with the École française d’Athènes, followed by work at the Institut Français d'Archéologie Orientale in Cairo (1896–97). From 1898 to 1910, he was a lecturer of grammar and philology at the Faculty of Arts in Lille. On June 8, 1911 he received his doctorate of letters at the Sorbonne, subsequently serving as a professor of ancient history and papyrology in Lille. From 1920 to 1933, he was a professor of papyrology at the Sorbonne, meanwhile serving as director of the Institut Français d'Archéologie Orientale (1928-1940). From 1937 to 1949, he was a professor at Fouad I University in Cairo. 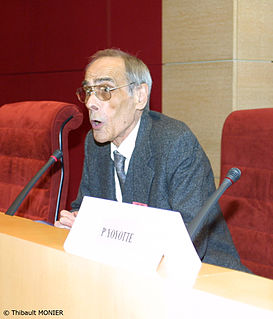 Jean Yoyotte was a French Egyptologist, Professor of Egyptology at the Collège de France and director of research at the École pratique des hautes études (EPHE).

Henri Munier was a 20th-century French bibliographer and scholar of Coptic culture.

Jean Maspero was an early 20th-century French papyrologist. He was the son of egyptologist Gaston Maspero and his wife née Louise d'Estournelles de Constant, and brother of Henri and Georges Maspero.

Jean-Luc Fournet is a French papyrologist.

Jean-Pierre Corteggiani is a French Egyptologist. He was director of IFAO’s scientific and technical relations until 2007.