It was established in 2015 by leadership of KDU-ČSL. Its goal is to promote Christian democratic values. [2] 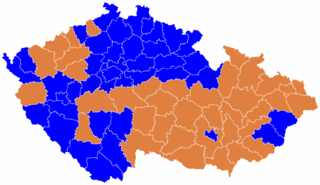 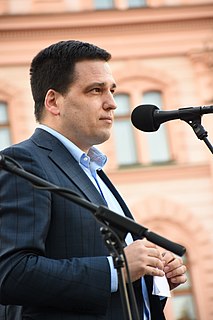 A leadership election for Czechoslovak People's Party (ČSL) was held on 29 September 1990. Josef Lux was elected the new leader.

Štěpán Matek is a Czech politician and former deputy chairman of the Christian and Democratic Union – Czechoslovak People's Party (KDU-ČSL).

Together is a Czech centre-right political alliance formed for the upcoming 2021 legislative election, consisting of the Civic Democratic Party (ODS), KDU-ČSL, and TOP 09.