She was born in 1941 in Bucharest, the daughter of Constantin and Elena Petrescu. [5] She graduated from the Institute of Theatre and Film I.L. Caragiale, class of 1963, under the guidance of teachers Ion Șahighian  [ ro ] and David Esrig. Irina Petrescu was noticed one day by director Savel Știopul  [ ro ], who came to her table in the Continental restaurant and asked her to audition for his film. The film has not done, but the audition was shown to Liviu Ciulei, who searched for – and found – an interpreter for Ana's role in "Waves of the Danube". At that time Petrescu was only 17 years old. For the Institute she also prepared with Știopul, who insisted to give the exam, and she had gotten in reciting lyrics of Mihai Eminescu and a fable by Marcel Breslașu  [ ro ]. [6]

In 2000, Petrescu was awarded by Romanian President Emil Constantinescu the Order of the Star of Romania, Officer class. [7]

She died in 2013 at Elias Hospital  [ ro ] after a long battle with breast cancer, and was buried at the Reînvierea Cemetery in the Colentina neighborhood of Bucharest. [2] 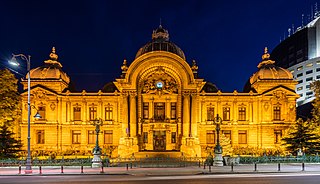 Bucharest is the capital and largest city of Romania, as well as its cultural, industrial, and financial centre. It is located in the southeast of the country, on the banks of the Dâmbovița River, less than 60 km (37.3 mi) north of the Danube River and the Bulgarian border.

Ana Blandiana is a Romanian poet, essayist, and political figure. She is considered one of the famous contemporary Romanian authors. She took her name after Blandiana, near Vințu de Jos, Alba County, her mother's home village.

The National Theatre Bucharest is one of the national theatres of Romania, located in the capital city of Bucharest.

Ecaterina Nazare is a Romanian actress. She was the winner of the ACIN Best Actress award for her cinematic performances in 1983 and 1985, and is noted in particular for her portrayal of Maria in the Dan Pița film, Pas în doi. During the 1990s and early 2000s, Ecaterina was employed by the National Theatre in Bucharest.

Leopoldina Bălănuță was a Romanian actress.

Margareta Pâslaru or Pîslaru is a Romanian-American singer, actress, composer, lyricist, TV producer, and artistic director. Debuting in 1958, Pâslaru celebrated the 50th anniversary of her career at The Romanian Union of Composers in Bucharest in 2008. Pâslaru was married to Gheorghe Sencovici, a former Olympic skeet shooter, until his death, and the couple had a daughter, Ana Maria, and a grandson, Luca. Pâslaru has lived and worked in the United States since 1983, splitting between Manhattan and Bucharest. She was formerly a resident of Summit, New Jersey. 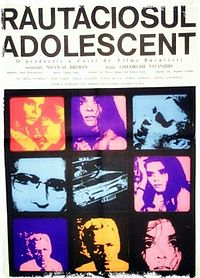 A Woman for a Season is a 1969 Romanian comedy film directed by Gheorghe Vitanidis. It was entered into the 6th Moscow International Film Festival where Irina Petrescu won the award for Best Actress. The film was selected as the Romanian entry for the Best Foreign Language Film at the 42nd Academy Awards, but was not accepted as a nominee.

Elisabeta Bostan is a Romanian film director and screenwriter. She directed 25 films between 1956 and 1991.

Vocea României is a Romanian reality singing competition broadcast on PRO TV. Based on the original The Voice of Holland, the concept of the series is to find new singing talent contested by aspiring singers, age 16 or over, drawn from public auditions. The winner is determined by television viewers voting by telephone and he is entitled to a €100,000 prize and a record deal with Universal Records for winning the competition. There have been nine winners of the show to date: Ștefan Stan, Julie Mayaya, Mihai Chițu, Tiberiu Albu, Cristina Bălan, Teodora Buciu, Ana Munteanu, Bogdan Ioan, and Dragoș Moldovan.

Alexandru Hrisanide was a Romanian pianist and composer who was a representative of late 20th century Romanian avant-garde. A Netherlands resident since 1974, he taught piano and composition at the Amsterdam and Tilburg Academies of Music. Hrisanide's music achieves an original synthesis between archaic melos and modes on the one hand, and the accomplishments of the modern Viennese school on the other. He won the Lili Boulanger Foundation Prize in 1965.

The 6th Moscow International Film Festival was held from 7 to 22 July 1969. The Golden Prizes were awarded to the Cuban film Lucía directed by Humberto Solás, the Italian film Serafino directed by Pietro Germi and the Soviet film We'll Live Till Monday directed by Stanislav Rostotsky.

The following lists events that happened during 2013 in Romania.

Ana Cartianu was a Romanian academic, essayist and translator.

Irina Loghin is a Romanian singer and politician, known as the best-selling artist from her domain in Romania. 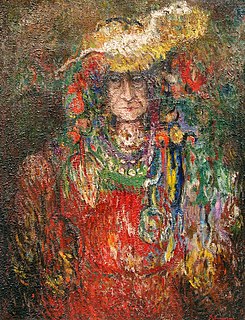 Lucia Sturdza-Bulandra was a Romanian actress and acting teacher. She is widely regarded as one of the most important figures in the history of Romanian theater.

Traian Stănescu was a Romanian actor.