Irina Spîrlea (born 26 March 1974) is a retired tennis player from Romania who turned professional in 1990. She won four singles and six doubles titles during her career. Spîrlea reached her highest individual ranking on the WTA Tour on 13 October 1997, when she became number 7 in the world. She retired in 2000.

Irina Spîrlea is one of the more successful tennis players from Romania, being one of only three women to have reached the top 10 (the others being Virginia Ruzici and Simona Halep.) [3] Her best performance at a Grand Slam tournament was a semi-final at the US Open in 1997. She won the WTA's Newcomer of the Year award in 1994. [4]

In 1996 Spîrlea became the first player in the history of the Women's Tennis Association to receive a match default for conduct when she swore at an official in Italian during a match played in Palermo, Italy. [5] [6]

Spîrlea was involved in a bumping incident with Venus Williams during a changeover in the semifinals of the 1997 US Open. Spîrlea collided with Williams near the net post while changing ends, and did not move sideways. Spîrlea went on to lose the match 6–7, 6–4, 6–7 in a third-set tiebreak, after holding two match points, at 6–4 and 6–5 in the tie breaker. Williams' father accused Spîrlea of racism, and later called her "an ugly white turkey". [7] Spîrlea accused Williams of arrogance, saying in a press conference following the match, "I'm not going to move. She never tries to turn" [8] and "She thinks she's the fucking Venus Williams." [9] [7] Williams, however, shrugged off the confrontation saying "I thought we both weren't looking. I'm sorry she feels that way. It's not a big thing to me. No one said 'Excuse me'. [10]

Record against other top players

Spîrlea's win-loss record against certain players who have been ranked World No. 10 or higher is as follows:

Players who have been ranked World No. 1 are in boldface.

Serena Jameka Williams is an American professional tennis player and former world No. 1. She has won 23 major singles titles, most by any man or woman in the Open Era. The Women's Tennis Association (WTA) ranked her world No. 1 in singles on eight separate occasions between 2002 and 2017. She reached the No. 1 ranking for the first time on July 8, 2002. On her sixth occasion, she held the ranking for 186 consecutive weeks, tying the record set by Steffi Graf. In total, she has been No. 1 for 319 weeks, which ranks third in the Open Era among female players behind Graf and Martina Navratilova.

Justine Henin, between 2002 and 2007 Justine Hénin-Hardenne, is a Belgian former professional tennis player known for her all-court style of play and notably being one of the few female players to use a single-handed backhand. She spent a total of 117 weeks as the world No. 1 and was the year-end No. 1 in 2003, 2006 and 2007. Henin, coming from a country with limited success in men's or women's tennis, helped establish Belgium as a leading force in women's tennis with Kim Clijsters, and led the country to its first Fed Cup crown in 2001. 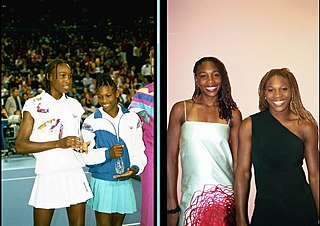 The Williams sisters are two professional American tennis players: Venus Williams, a seven-time Grand Slam title winner (singles), and Serena Williams, twenty-three-time Grand Slam title winner (singles), both of whom were coached from an early age by their parents Richard Williams and Oracene Price. There is a noted professional rivalry between them—between the 2001 US Open and the 2017 Australian Open tournaments, they met in nine Grand Slam singles finals. They became the first two players, female or male, to play in four consecutive Grand Slam singles finals from the 2002 French Open to the 2003 Australian Open; Serena famously won all four to complete the first of two "Serena Slams". Between 2000 and 2016, a 17-year span, they collectively won 12 Wimbledon singles titles. By winning the 2001 Australian Open women's doubles title, they became the fifth pair to complete the Career Doubles Grand Slam and the only pair to complete the Career Doubles Golden Slam. At the time, Venus and Serena were only 20 and 19 years old, respectively. Since then, they have gone on to add another two Olympic gold medals in the 2008 Beijing Olympics and the 2012 London Olympics. Nearly a decade later, the duo would go on to win four consecutive Grand Slam doubles titles from 2009 Wimbledon through 2010 Roland Garros, which would catapult them to co-No. 1 doubles players on 7 June 2010. Two weeks later, on 21 June 2010, Serena would hold the No. 1 singles ranking, and Venus would be right behind her at No. 2 in singles. Their most recent Grand Slam doubles titles came at the 2012 Wimbledon and 2016 Wimbledon events. They remain very close, often watching each other's matches in support, even after one of them has been knocked out of a tournament.

Paola Suárez is a retired tennis player from Argentina. She was one of the most prominent women's doubles players throughout the early and mid-2000s, winning eight Grand Slam titles, all of them with Virginia Ruano Pascual, and holding the No. 1 doubles ranking for 87 non-consecutive weeks. She was also a singles semifinalist at the 2004 French Open. 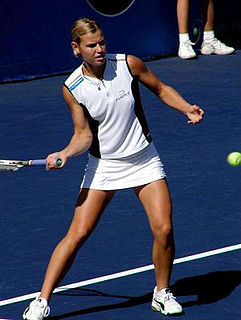 Anke Huber is a German retired professional tennis player. She was the runner-up in women's singles at the 1996 Australian Open. Her career-high singles ranking was world No. 4, also in 1996. 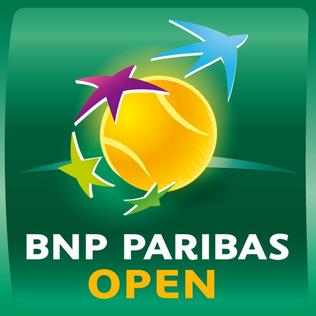 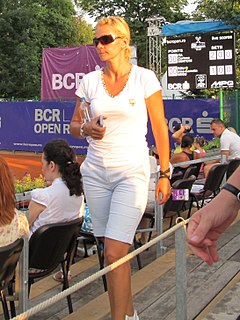 Ruxandra Dragomir Ilie is a retired tennis player from Romania. 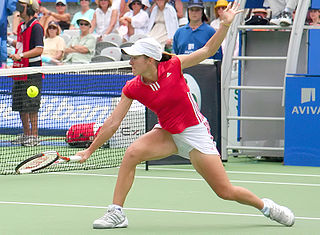 The 2007 Sony Ericsson WTA Tour was the elite professional tennis circuit organized by the Women's Tennis Association (WTA) for the 2007 tennis season. The calendar comprises the Grand Slam tournaments, the WTA Tier I-IV Events, the Fed Cup and the year-end championships.

First-seeded Martina Hingis was the defending champion, and she successfully defended her title by defeating Conchita Martínez, 6–3, 6–3 in the final to win the Women's Singles tennis title at the 1998 Australian Open. 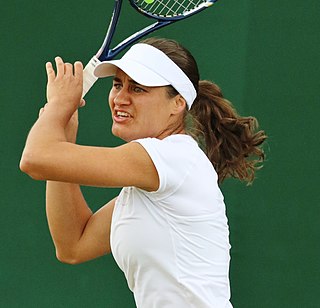 Monica Niculescu is a Romanian professional tennis player. She reached her career-high singles ranking of world No. 28 in February 2012, and has three singles titles to her credit on the WTA Tour since she turned pro in May 2002, the last one coming at the end of 2016, at the BGL Luxembourg Open. Although she was a steady top 30 player for several years and enjoyed relative success in singles, she is also a doubles specialist, where she achieved a career-high ranking of No. 11 in April 2018, after partnering with Grand Slam winner and Olympic medalist Andrea Sestini Hlaváčková at Indian Wells. Her biggest doubles result up to date is reaching her first Grand Slam doubles final at Wimbledon in 2017, alongside Chan Hao-ching. She was also runner-up at three Premier Mandatory events: the 2015 Wuhan Open, with fellow Romanian Irina-Camelia Begu, the 2016 Rogers Cup, with former world No. 1 Simona Halep, and the 2017 Cincinnati Open, partnering former world No. 1 in doubles, Hsieh Su-wei. 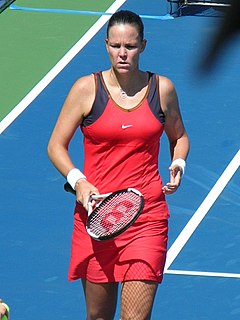 The WTA Tour is the elite tour for professional women's tennis organised by the Women's Tennis Association (WTA). The WTA Tour includes the four Grand Slam tournaments, the WTA Tour Championships and the WTA Tier I, Tier II, Tier III and Tier IV events. ITF tournaments are not part of the WTA Tour, although they award points for the WTA World Ranking.

Venus Williams and Serena Williams are professional tennis players and sisters who have faced off 30 times in professional tournaments, most recently in the 2018 U.S. Open event. Serena leads their head-to-head 18–12.

The 1999 Open Gaz de France was a women's tennis tournament played on indoor hardcourts at the Stade Pierre de Coubertin in Paris in France that was part of Tier II of the 1999 WTA Tour. It was the seventh edition of the tournament and was held from 22 February until 28 February 1999. Unseeded Serena Williams won the singles title and earned $80,000 first-prize money. It was her first WTA singles title. On the same day her sister Venus won the IGA Superthrift Tennis Classic tournament, making them the first sisters to win WTA events in the same week.

Chan Hao-ching, also known as Angel Chan, is a professional tennis player representing Taiwan. She is primarily a doubles specialist, having won 18 WTA, 2 WTA Challengers and 6 ITF titles in that discipline. Chan reached the final of the mixed-doubles competition at Wimbledon with Max Mirnyi in 2014, her first Grand Slam final. She reached two more in 2017, the Wimbledon women's doubles with Monica Niculescu, and the US Open mixed doubles with Michael Venus.